Sanjiv Balgopal, on behalf of the association, had sent a complaint to the HSR layout police station on April 8th, 2012. He asked the police to investigate and take action. The letter contained number plate details of the truck and dumping, along with a CD containing pictures. 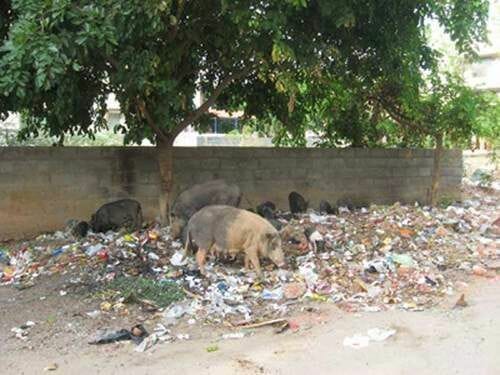 In return, a month later, on May 7, Balgopal received a summon notice from the sub-inspector of police, HSR police station! Not satisfied with the citizens’ letter, Srinivas Reddy, Inspector, asked Balgopal to go to the spot, investigate and submit a first hand report instead.

Speaking to Citizen Matters,  Reddy would only say that the citizen to whom the notice was issued had not responded. He declined further comment.

The citizens merely wanted the police to investigate a public problem, and this is now deadlocked with the police. Citizen Matters has a copy of the summon issued by Inspector Reddy.⊕

The memorandum by residents of Whitefield seeks solution to traffic bottlenecks in the area.