“I always knew I would be a writer,” she says sipping her tea. She believes that writing keeps her alive and kicking. By the age of 36, Christina Daniels has authored books like ‘Ginger lemon soda pop’ and ‘I’ll do it my way’. She has worked in Print and Online media. A movie reviewer, and a corporate communicator by profession, she is currently working on a book dedicated to the city that she has seen grow, Bangalore.

Christina Daniels holds a BA in communicative english from the Bangalore University and MSc in New Media from London School of Economics and Political Science.

Did you get to meet Aamir during the period of writing his filmography – ‘I’ll do it my way’?
No I did not get to meet him personally. There were two ways that I worked on this book. One was the standard way of doing lots of research and looking at a lot of archives and other articles on him. I watched all his movies right from the beginning. The other significant part of it is that I interviewed most of the producers, directors and co-stars who worked with him. So it was a combination of all of that how I worked on this book. I tried getting to him but did not actually get the opportunity to interview him directly.

Did you not face any opposition by Aamir to get this book out in the market?
No. I did not face any opposition from him but at the same time, they did not even cooperate for the book. If he had wanted to, he could have just stopped. It looks at Aamir through his work, the people who worked with him and the purpose. So that’s the perspective of the book.

Do you think there some still some loopholes that needed to be filled since there was no first hand account to the book?
Yes that’s true. What you’re saying is really a valid point. But what I had, filled up for that. He has given extensive interviews in the past on his movies. So what my approach was, I did not pick up just one random interview. If I found same point of view in at least three of four interviews, then I picked it up. So, I think Aamir’s voice is there. Not truly directly but through the interviews he has given in the past. 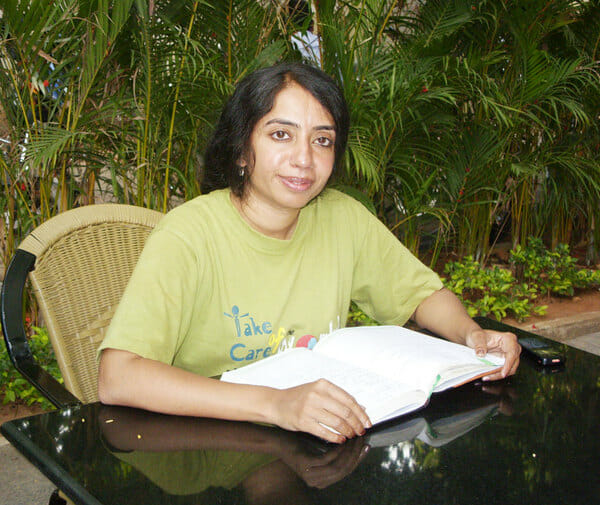 How long did it take to complete the book?
There are two parts to a book. One is the writing process and the other is the production and publishing time once the book is written. It also took more time because we sent the book to Aamir and were waiting till the end to get some point of views from him. If you look at the time from when I had the idea till the time it came out in the bookstores, it took four years.

Why Aamir?
If you look at Indian cinema, Aamir’s work continuously pushes the boundaries. And he is always doing something different in his films. That difference is not just in terms of his work. It adds a new dimension to the Indian cinema. Lagaan changed the way we produce films. Even if you look at other films like the Taare Zameen Par and 3 idiots, he brought out subject like dyslexia or learning and got into national debate. His films open new dimensions. So that was the reason of interest.

What is the next book that you are working on?
I am currently working on a book on Bangalore. It started out with the idea of writing about the cantonment area. But now, it’s going to capture the whole of Bangalore in it. There are going to be two parts to it. One is the strong documentation of photographs of Bangalore and the other is, interviews with people. So what the book will actually look at is, Bangalore – Yesterday, today and tomorrow.

How did Ginger Lemon Soda Pop happen?
Well, I wrote the book when I was 29, but the idea was there in my mind when I was 19. It was then that I wrote its first chapter. But that time, I did not feel that I had sufficient grasp over my craft to write novels. So I let it be. But the idea was in my head. The characters and the background and all were ready. So I knew that in the course of another few years, I need to complete this novel. It is a work of fiction but the landscape is real. It is out of the Bangalore I lived in then.

You have been living in the city for over 30 years now. How have you seen the city grow?
I think, as a city, we lost a lot of things but at the same time, we’ve gained a lot of things. Talking about things we’ve lost, Bangalore in the 70s and 80s had a very idealistic pace of life. It was a small town, everybody knew everybody. It was very laid back, peaceful, so much greener and looked very beautiful. Pace of life was gentle, there was elegance and charm and grace. These are the things that are gone. It has not disappeared completely but it is reduced to a large extent.

Now, talking about things we have gained, I think Bangalore today is a lot more international. It is not just cosmopolitan, it’s international. It has become very vibrant and youthful. I think today, you can build a career in Bangalore unlike earlier, when people went out to make a career.

What do you think about the evolution of movies from the previous generation to today?
I think something that was really good in the older films was; there were very good storytellers. You didn’t have so much of technology so it was literally about storytelling. Cinema was also a lot more defined.

Now what we have is, production. Production values are higher than ever before. Technology of filmmaking is amazing. If you look at films like Avatar where films are experiences. You actually feel as if you are in their world with films like Titanic 3D and Avatar. Technology has evolved, production has evolved but somewhere on the way, we have lost the charm of storytelling. Attention spans of  the audience are very short.

You work for a corporate company. How do you manage your time between writing and working?
It’s tough. But I think, if you really love something and if you are passionate about that, you DO find a way! I do a lot of my writing and research after work hours. I’d probably stay awake late and write.

Something about your childhood
I had a lot of friends during my childhood and I loved hanging out with them. Being the only child, your friends become extremely important. So I spent a lot of time with them. We played a lot of outdoor games. I have a lot of memories of playing badminton games in parks. We cycled a lot to school, to meet friends. We watched a lot of films in the VCR, the cassettes we hired from the libraries.

Your Hobbies.
I love reading and travelling. I love to travel places with my friends. I have seen a lot of places and roamed a lot. Watching movies is there all the time.

Favourite movie?
It’s probably Sound of Music. I have seen it more than 5 times so far. And the other one is Crash.

“We have a target of collecting zero rupees as traffic fines”

Two weeks into a major initiative, Bangalore’s major taxi firms have paid fines in the tune of lakhs of rupees, says Traffic Police Commissioner Praveen Sood. He talks about this and a range of issues in this exclusive interview.

Saga of a flat’s zero-waste drive

While some residents opposed the waste management drive at Mayflower Block in JP Nagar’s Brigade Millenium, others continue to segregate their garbage.