In the land grab case filed by BTM Layout’s Bank Officers’ Co- Operative Housing Society(BOCOH) the High Court has ordered civic bodies for taking action against erring officials. The dispute over the ownership of a civic amenity site in BTM layout 1st Stage, measuring 2 acres 31 guntas seems to be fixed for now.

At a hearing on April 20th, HC confirmed in an order that this land was earmarked to be developed as a park by the BDA, or later by BBMP. The court criticised BBMP for the khata transfer of the civic amenity site, and BDA for giving NOC to a private party. 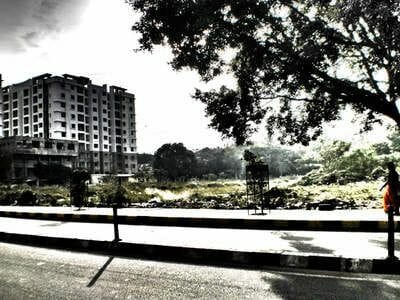 View of the disputed land from across the street. File pic: Deepthi M S.

In 1982 BOCOH was allotted a total of 30 acres on lease agreement. Around 2 acres and 31 guntas was left out from construction works, meant for a civic amenity site. In May 2005, the society gave this amount of land to maintain it as a park but the BDA officials gave NOC  to a private party just after 6 months. This led BOCOH to file a writ petition.

Justice D V Shylendra kumar was also critical of the BDA. The BDA had justified inaction on grounds that there are proceedings before civil courts and therefore their hands are tied. These were “excuses for inaction”, said Justice Kumar.

The court also ordered BBMP to check the irregularity of transfer of khata in favour of Channappa. BBMP’s excuse that Channappa’s name was in revenue records and that BDA had issued NOC, cannot justify its inaction, court said.

On an ending note, the court ordered both BBMP and BDA to take corrective steps and the developments be placed before the court on next hearing date, on 15th June.⊕

From home food to fusion

Whether you want to have good old ghar ka khana or change your perception of Indian food, these two restaurants can help you.

While Cauvery water is usually used as drinking water in homes that have water purifiers, about 2/3 of the city has no access to such piped water. They depend on packaged drinking water cans for drinking water needs, but these cans have been scarcely available since the lockdown.