Have you ever wondered how important colours are, in the world of Nature, around us?

Colour is often a way of attracting attention; for these flowers, it is their bright colours that attract bees which will pollinate them, and propagate their species.

For animals and birds, too, colour is a way of saying, “Here I am!” Nothing depicts colour better than the prismatic plumage of the peacock, flaunting his wonderful tail: The peahen, presumably, chooses the most colourful peacock to be with. 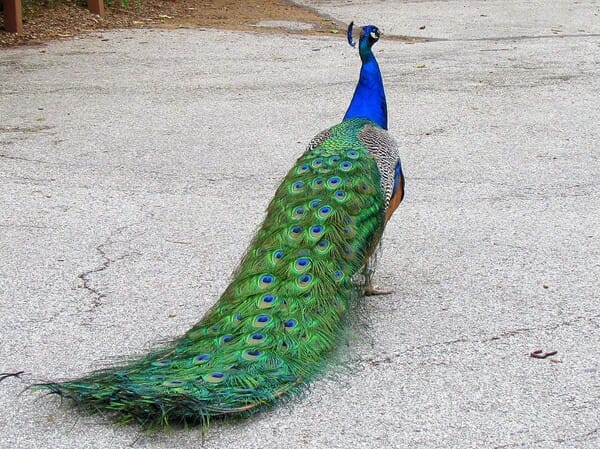 Sometimes, colour helps the creature hide instead of drawing attention. When a Rose-ringed Parakeet sits in a tree, you can hardly see it amongst the leaves…this affords it protection against birds of prey, or from cats.

However, sometimes the lack of colour is also interesting. Though most flowers are coloured brightly, one often sees white flowers. Flowers which bloom at night do not need colour to attract insects; so this white lotus, blooming in a stagnant pond, shows us that white can do just as well when it’s moonlight that insects are going to be flying in!

Black, too, is often a colour (or its absence) that helps in Nature. Look at the shiny black plumage of this Long-billed Crow (or Jungle Crow, as it is called sometimes.) The black feathers certainly help the bird to fly in without attracting attention to itself….that’s why House Crows and Jungle Crows often seem to appear out of nowhere, to snatch your food from your hand, or pick out an unwary baby bird or egg in the nest, and go off to have a feast!

So, do look around you as you walk, and observe how colours, including black and white, play their part in the natural world around us.⊕

About Deepa Mohan 152 Articles
Deepa Mohan is a freelance writer and avid naturalist.