This year’s Mango crop was a latecomer and much smaller compared to 2011’s bumper produce. While last year produced 11 metric tonnes, this year looks good for just three. “Mango is known for alternate bearing. One year you get a good crop and the succeeding year you get a poor crop.” says Dr G K Mukund, Professor of Horticulture at the University of Agricultural Sciences. 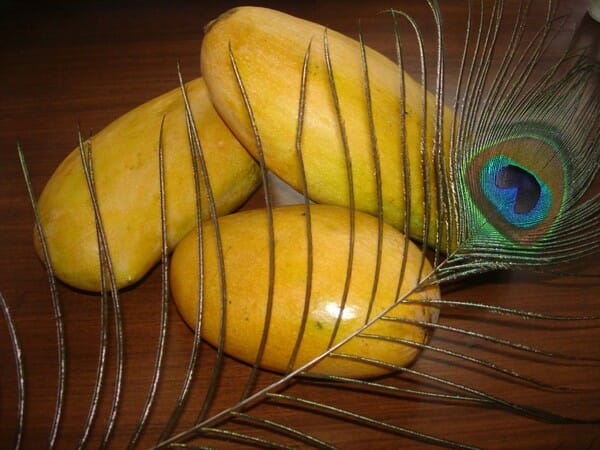 This year however, saw profuse flowering throughout Karnataka, which was completely unexpected. But factors like the prolonged drought and high temperature still reduced the quantity. Prices are set to increase from double, to 60-70% of the prices last year. “At the height of the season last year prices were between Rs 25-30 a kilo.” says Mrs Neela Subramanian,72, a resident of Sultanpalya, and a Mango lover.

Looking around Bangalore though, it’s hard to believe. From department stores toting boxes of luscious yellow fruit to vendors surrounded by mountains of them, Mangoes are everywhere! And Bangaloreans are taking complete advantage of it.

Sushma, a domestic worker returning from a shop in R.T. Nagar said, “I get Mangoes every two days. They get over so fast, that sometimes I come back in one day!”She has many varieties to choose from- from the local Mundappa to the royal Alphonso.

Mango season is from April to June. While Sendhura comes in early, most like Alphonso and Raspuri come in mid-season. Thotapuri, Mallika and Neelam are late season arrivals.

There are 1000 different varieties available worldwide- and in India. Mangoes are a commercial crop, with 40 varieties grown commercially, and 66% of the world’s Mango export comes from India.

Named after Alphonso De Alberquerque,a Portuguese nobleman who used to carry them on trips to India, the Alphonso variety is justly called the king of fruits. “Badami and Alphonso are one and the same.” says Mukund. Badami is the local name for Alphonso. It grows mostly in Gujarat, Maharashtra and Karnataka – Eight percent of mango growing area produces Alphonso. The sub-variety grown in Ratnagiri, Maharashtra is the best- and the costliest. It is rated as one of the best in India and abroad, thanks to its fruit size and wonderful aroma. This explains the price- between Rs 150- Rs 250 a kilogram.

Bangalore however seems to favour Banganapalli- which comes from Andhra Pradesh. “It’s the most popular variety here.” said Krishnappa an employee of Spencer’s Supermarket on 80ft Road in Koramangala. “Its edible factor is good to excellent”, says Mukund. So is the price- Rs 54.90 a kilogram. 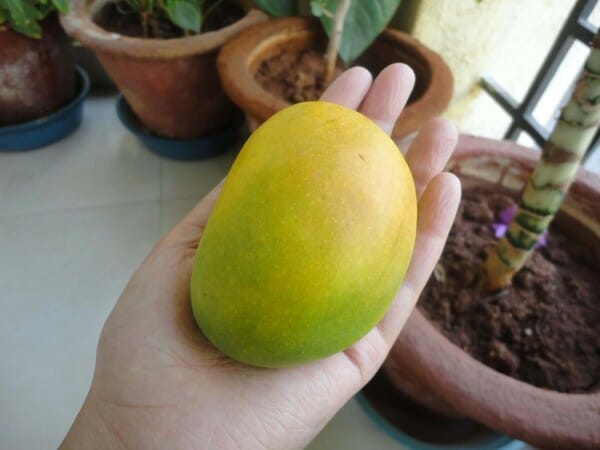 Neelam and Thotapuri are the other popular varieties. While both are good for eating- not excellent- it is the cheapness of Thotapuri that makes it suitable for pulping. Mallika is the variety to watch out for- a hybrid of Neelam and Dasheri. Individual pieces are so big that two or three pieces easily fit in a kilogram. It is great to eat and is excellent for pulping.

Two Bangalore varieties are Amlet and Aishwarya. The latter was developed from the Alphonso by Mukund and released in 2004. “Unlike Alphonso, these fruits are free from spongy tissue (A Physiological disorder)”, he says.

Karnataka produces plenty of Mangoes particularly in Kolar district- These include Neelam, Thotapuri and Mallika. Other Mango producing areas include Chitradurga, Tumkur and Chittoor. Badami is the leading variety in Karnataka, along with Raspuri and Malgoa. In coastal Karnataka, Appemedi and Makkeri are grown. Avakai Pickle is made from these varieties.

Unfortunately, plenty of Bangalore’s Mangoes are artificially ripened. Chemicals like Calcium Carbide and Caltar added to mangoes can see them ripen within 12 hours, whereas the natural process takes two to three days, according to K C Raghu Managing Director, Pristine Organics. The practice is popular with dealers looking for a higher price. “The vitamin content is low.” says Raghu of artificially ripened mangoes. “Heavy Metals and gases like phosphene associated with them are dangerous.”

This explains why Bangaloreans are more aware of organic mangoes now. “They are pesticide free. The taste is different and they are more nutritious.” says Vidya Sadanand, who runs the Organic Store Adi Naturals (included in list) with her sister-in-law Aparna. These shops also sell other fruits, vegetables, lentils, grains etc.

Is the war memorial project legal? That is what is before the High Court as the case comes up for a verdict this week or next.

The economics of being a cab driver in Bengaluru

Sridhar, a native of Kunigal taluk, had come to Bengaluru as a teenager nearly 25 years back. After working as driver for a family, for Ola Cabs and for a government department, he is still unable to make ends meet. His story reflects that of many cab drivers in the city