Sheikh Shariff is seven, Rukhsana is 10 and Sameera is all of 12. The siblings show up every morning outside Dhanwantri Park in JP Nagar, 2nd Phase to sell fresh vegetables. This is their summer job.

They live in an asbestos roof house nearby. Their father Mehboob Basha, earns a meagre Rs 4000 a month, working as a gardener. Their mother Fatima Begum who also works as gardener in the nearby senior citizen’s park earns Rs 3000 a month. School fees for all three children is a burden on the family. The children help out by selling vegetables during their summer holidays.

The children have been doing this for the last four years. They spend about two hours, morning and evening outside the park. They are students of Ragiguddada Sri Prasanna Anjaneya Swami Vidyakendra in JP Nagar and do well academically. They showed Citizen Matters Shariff’s and Rukhsana’s marks card, there was nothing less than A+ there. 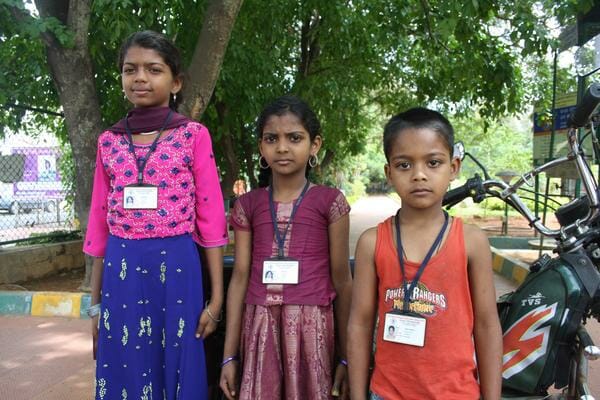 The vegetable selling summer job, contributes about five thousand rupees towards their school fees. The regulars at the park encourage these children by buying vegetables from them instead of going to supermarkets.

Dr Pratibha Vinay who stays just opposite to the park buys from them regularly. She says that these children have found a way to self-sustain without hampering their studies.

No one considers this as child labour. According to a city-based NGO, Child Rights Trust (CRT), this particular instance doesn’t come under the ambit of child labour as it comes under non-hazardous category. But at the same time Nagasimha G Rao, Associate director, CRT says that "children get used to earning money which in turn hampers their education." He feels that parents should not escape from their responsibility and make a child work. ⊕

Chaats, kebabs or chinese: JP Nagar has it all

Authentic Punjabi dishes to mouthwatering chaats. JP Nagar has something for everyone.

Over 84,000 hungry stomachs fed, thanks to the Feed Your Neighbour campaign

Eight days back, a motley crew of good samaritans started distributing food to the hungry and homeless in Bengaluru. Come tomorrow, they are likely to have fed more than a lakh hungry stomachs.