Balaji Kutty, 39, a software engineer by profession, has decided to give something back to the society by volunteerting. He volunteers with Association for India’s Development (AID), which deals with various issues like Education, Agriculture and Health for almost 10 years now. He believes that his efforts to make a difference in the lives of a few children gives him a kick of inspiration and keeps him going. 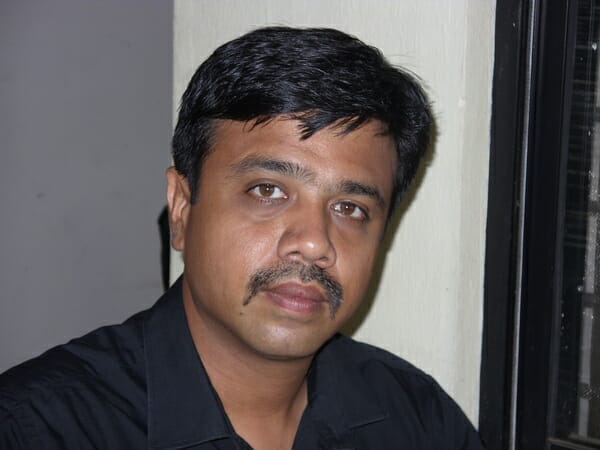 What do you do as an AID volunteer?
I joined AID in 2002 as a part of ‘Joy of Learning’ activity. It involves making science experiments simple and fun. We talk to different schools. Then we have night schools where we engage kids in various activities. We identify some centre in underprivileged areas and take tuitions.

Now I am involved with a project – Community Computing Centre. In this project, we set up computer centres and teach them basic software skills using Open Office and Gimp on Open source operating systems like GNU/Linux and Ubuntu. We teach them basics for about three months and then let them decide the curriculum for themselves and provide them the support.

A lot of people are not in the field that they are interested in. I was always interested in physics but I landed up in software engineering. A lot of people are working like this. However, what happens to their interest? We do not want to repeat this in our classrooms. We want them to learn the subject of their choice and do what they want to do. We then provide them facilities.

What changes has AID brought to the city?
Nothing much that I can claim of. However, there have been a lot of chances in the lives of the students (we have worked with). A school dropout boy realised what his aim is in life and he is doing very well. One boy is now a published digital artist and uses Gimp software, he got his college fee exempted due to this. A girl joined a microfinance bank (helped by a background in Open Office).

How has Bangalore’s response been when it comes to community service?
Bangalore has a lot of good people who are willing to do community service. Bangaloreans are very aware. Everybody knows that "something has to be done about it".

What are your future plans with AID?
There is no fun in giving up. I will continue working as a volunteer till the time I can. Sometimes it is really frustrating to see volunteers not turning up, children not coming, us not getting a space to run the classes. But that’s how it is. I don’t think giving up has any meaning. We will try to scale up and increase our efforts as much as we want.

Tell us something about your Family.
We lived in the US before coming to Bangalore. I have two sons – Mathy and Sidharth . First one ten and the other one three year old. Though my wife, Vanila has done her MCA, she is trying to make a career in Arts and photography. After our sons’ birth, now she is back to making her career stable again.

What are your favourite Hangouts in Bangalore?
I don’t hang out very frequently. It is always work or social service. But sometimes, there is a family outing either to some movie or a Lal Bagh trip. ⊕

Dealing with snakes and snakebites

Snakes can be found quite commonly in Bengaluru. Here’s a quick guide to what you need to do in case you spot one or are bitten by one.