"It is better to adopt and get them off the street so that people stop complaining about them being a menace", wishes Neha Girish for all the street dogs in Bengaluru. Similar sentiments were expressed by all the genuine dog lovers gathered at the great Indian dog show on Sunday 15th April. The show was held at Government veterinary hospital grounds, Queens road. Neha has a one a half year dog, which she found through the CUPA website. 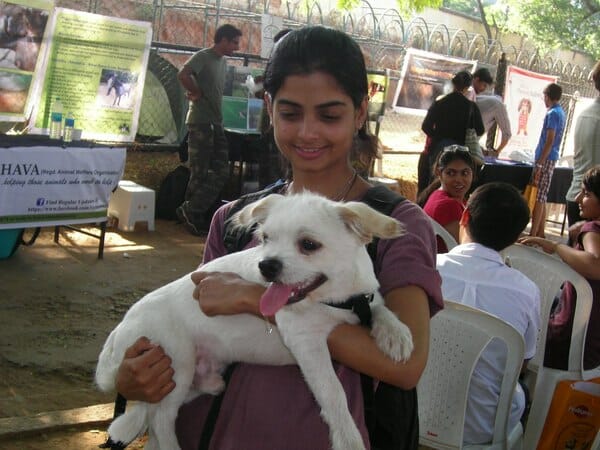 Familiarity does breed contempt in the case of our Indian native dogs. They are all over the city but few people bother about them. But there are also some of them who adopt these dogs and thereby indicate acceptance of our native breed. The hospital campus was a lively sight filled with enthusiastic dog owners introducing their dogs to one another.

Cheering for one another, the participants celebrated the unique characteristics of their dogs. The canines, some friendly, some shy, some excited and some lazy were pitted against one another in categories such as most beautiful eyes, best coat, naughtiest dog and so on.

The event was organised by Lets live together, a charitable trust for the welfare of homeless animals. The NGO swears by a simple motto – Adopt, companions can’t be bought. The NGO brought about 13 rescued puppies to the venue and most of them found homes that day. With an "adopt me" scarf around their neck, these fluffy canines attracted quite some crowd. 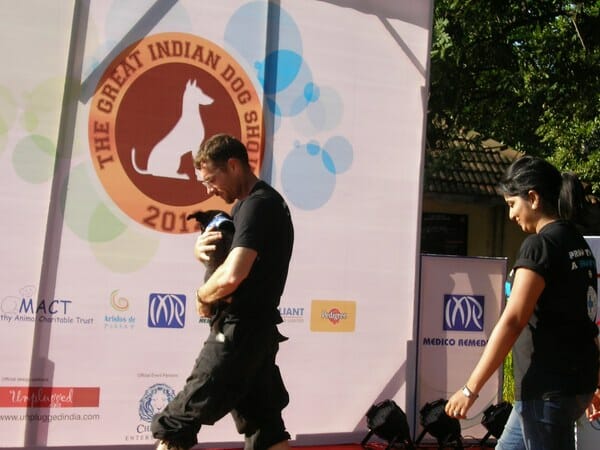 Most people do not stop to wonder how city street dogs survive. Unlike their pampered counterparts, these dogs do not get proper food water or shelter. One such dog is Laila, who was rescued by Amala Dasarathi. Amala found laila hanging around the garbage dump day in and day out near her Sadashivnagar home. Finally she took Laila home. She believes Indian dogs are very easy to maintain. "They eat normal food, they can cross roads easily and very well behaved", opines Amala.

Street dogs often eat off the dumps and drink sewage water and are most often than not victims of road accidents. 5 and a half year old Thubi was a victim of one such accident. 4 years back, Amrita Ghosh heard loud barks outside her house on old airport road. She found Thubi covered in a pool of blood and immediately took her to a vet. Later on she adopted Thubi. Amrita admires a dog show like this, "It is very endearing to see genuine dog lovers".

Veeru, another victim of a road accident was hit by a drunken driver. He was rescued by blue cross. His one leg had to be amputated. But he was the star performer of the Blue Cross team. He got the loudest cheers at the show.

Even though they are neglected, Indian mix breeds are healthier than pure breed dogs. "They are suited to the Indian weather and they have very little health problems" adds Lakshith rao who owns 8 month old Po.

"Take care of one and thereby check the population. The government has to take giant steps and cannot leave most activities to NGOs. Funds must be generated to provide basic facilities to the dogs. These kind of dog shows are a platform for such campaigns", opines Saleela Kappel, Public Relations for the event.

The entire event showcased the spirit of these proud owners who spread the awareness that our dogs are in no way inferior to the other breed dogs. The Indian mix breeds are also great companion for children and naturally children were the first ones to adopt the puppies at the event.⊕

Total disregard for no-parking signs near Lalbagh on Independence days.

Accidents, are preventable just like any other health hazard. Road discipline is key to this.

A 50×80 piece of land located amidst prime real estate in JP Nagar is now the site of a new community gardening initiative. Bangalore’s gardening movement has carved a new milestone.