The Karnataka High Court cancelled the lease of Agara lake in HSR Layout given to Biota Natural Systems (India) Pvt. Ltd on February 29, 2012. Biota had filed a petition against the termination of lease of Agara lake by Lake Development (LDA) in 2009. Following the High Court judgment, the lake has been handed back to the LDA, Bangalore. 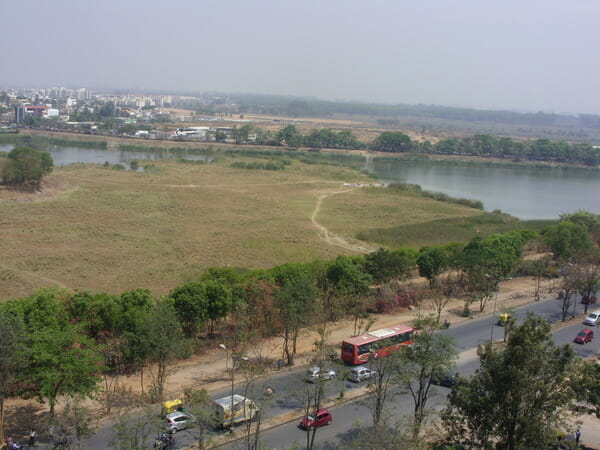 The judgement from high court

Biota contested LDA’s termination of its contract in its petition. Biota claims that they could not take up any development work on the lake due to the delay in handing over the lake.

The lake was handed to Biota in August, 2007. Right after that, Rudrappa, a resident of Agara village had challenged the lease of the lake by filing a PIL which was disposed off.

In 2008, Environment Support Group (ESG), an NGO, filed a writ petition against the lease of the lake. ESG filed the petition on the grounds that the lease of the lake to profit making organisations was in violation of principles of intergenerational equity and public trust. The lease was also against the Karnataka Parks Preservation Act, 1975, they claimed. This case was also disposed off.

However LDA demanded the termination of the lease of the lake in 2009 saying the lake was neglected by Biota and no development was carried out.

Residents to step in?

Residents of Koramangala and HSR layout are putting efforts to maintain and revive Agara Lake now since the lease to the private company is cancelled. Save Agara Lake is an initiative taken up by the residents of Mantri Sarovar towers on Outer Ring Road to maintain the lake.

Ganesan M, 44, member of the Save Agara Lake initiative says, "a lot of people come to this lake from far off places. They are keen on reviving the lake and maintaining it."

Residents are now trying to understand the reason for lower water levels in the lake. Satheesh Amilineni, a software engineer and an active member of the community says, "problem with the Agara lake is that water from catchment area is not directed into the lake. Just rainwater from HSR Layout is enough for the lake to get full. But after flooding in HSR Layout due to Madiwala lake overflow few years ago, looks like rain water drains are all connected to the sewage lines and no water is coming into Agara Lake."

After getting the responsibility of the lake, LDA believes that their prime focus is to ensure good inflow of water to the lake. They are also planning to construct a sewage treatment plant to ensure better quality water flowing into the lake.

U V Singh, CEO, LDA, says, "we are preparing a draft consisting of the requirements of the maintenance of the lake and will submit it to the state government soon. Our engineers are examining the long-term requirements of the lake. Depending on that,w if less fund is needed, the LDA itself will fund it. If more fund is required, we will have to ask the state government to fund it."

Singh further added that they will be taking the help of the nearby Resident Welfare Associations and other groups for the revival and maintenance of Agara lake on the lines of other lakes like Puttenahalli and Meistripalya that are being maintained by residents.⊕

Whitefield among the “best neighbourhoods” ?

With more and more high rises coming up, borewells running dry and no Cauvery water, what will Whitefield be?

Ten years back, a residents’ collective got BBMP to restore the Lower Ambalipura lake. Today, the collective is setting an example of how well citizens themselves can maintain a lake

All eyes are on BBMP elections scheduled to take place and citizens are keeping their fingers crossed. They are hoping that this time the officials will walk their talk.