Visit to Srirangapatna is a walk down the history lane. The stone fortress, the Summer palace, Tipu museum, Hoysala temples and Gumbaz are the remainders of a bygone era when Srirangapatna was a power center.

Srirangapatna served as the base for powerful empires of Gangas, Vijayanagara viceroys, Mysore kings and as the capital city of Hyder and Tipu Sultan. Till the end of 17th century it enjoyed an illustrious status being an important religious and cultural hub center.

Not many realise that Srirangapatna is actually an island surrounded by river cauvery from all sides. This egg shaped island is named after Sri Ranganatha, the presiding deity of the Sri Ranganatha Swamy temple which is the chief attraction in the city. 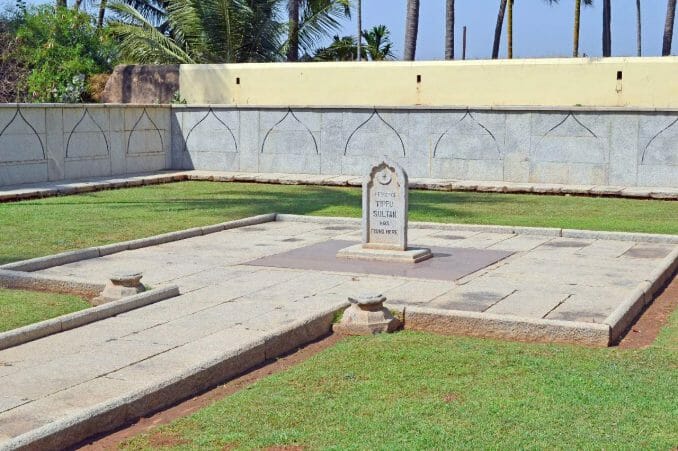 The city was ruled by Ganga dynasty during the 9th century. It then came under Vijayanagara Empire. During the starting of 16th century it was captured by the Mysore king, Raja Wodeyar I who made Srirangapatna his capital. It was then taken over by Hyder Ali, the general of Mysore king. He and his son Tipu Sultan converted the city into a fort.

The middle of 17th centurywitnessed four important Mysore wars. All of them were fought against the English. The last battle famous as the "Siege of Seringapatam" fought in 1799 saw the end of Tipu Sultan rule. Tipu Sultan was killed by Col Arthur Wellesley and the English seized the fort, hosting their flag on it.

The capital was then handed over to the Wodeyars of Mysore. After this period the city lost its significance as it was mainly used as a military post by the British.

The capital was then handed over to the Wodeyars of Mysore. After this period the city lost its significance as it was mainly used as a military post by the British.

The city has a famous 8th century temple of Sri Ranganatha Swamy. The temple was constructed by the Ganga Kings in 894 AD. Additions to the temple like the inner sanctum, ceiling, domes etc were added by other rulers like Hoysala Kings, Vijayanagara and Mysore kings.

The deity of the temple is Sri Ranganatha who is reclining on a five headed serpent and has goddess Cauvery at his foot. The tiredness of the journey gets washed away on seeing the blissful idol at the temple.

The other noteworthy temple nearby is the Nimishamba temple at Ganjam, which is 2 kilometers from the city. The goddess here is believed to grant your wishes in a minute; hence the name Nimisha which stands for minute in Kannada.

Daria Dowlat is the summer palace built by Tipu sultan in 1784 A.D to commemorate his victory in the second Mysore war against the English. Daria Dowlat means "wealth from the sea" and it was so named because Tipu started expanding his territory beyond the seas after his victory with the English. The Palace is constructed from Teak wood and is filled with rich historic paintings which are fascinating to see.

There is another Tipu palace in the city known as Lal Mahal. Though it was grandiose building with lofty doors, ornate rooms, spacious courtyard and attractive garden, it is now in dilapidated condition. The palace was destroyed after Tipu’s death and used as a Military headquarters by the British.

This Tipu’s museum dedicated to Tipu is located on the first floor of Daria Dowlat palace. The museum has Tipu’s personal belongings, gold and copper coins of Hyder and Tipu, weapons like swords, cannons of different sizes etc. There are also rare charcoal sketches and historical paintings like "The fall of Srirangapatna", paintings of Tipu and his sons etc.

Gumbaz is the mausoleum of Tipu Sultan and his parents Hyder Ali and mother Fathima Begum. The mausoleum is a dome like structure and has pillars, windows and portals of doorways made of black basalt stone. The interiors of the dome are painted with tiger stripes which is the emblem of Tipu.

Jamia Masjid is the magnificent mosque built by Tipu Sultan in 1787 A.D for his Friday prayers. You can have a panoramic view of the city if you climb the 200 or so odd steps of the mosque. It is a fine example of both Hindu and Islamic architecture.

Tipu’s death place is the place where Tipu Sultan’s body was found. He fought the British forces and the troops of Nizam of Hyderabad. The place where his body was discovered has a plaque erected and the area has been fenced by the Archaeological survey of India.

The city has two dungeons where prisoners were kept. The first one is Colonel Baillie’s dungeon where British officers like Col. Baillie, Captain Baird, Sampson, and Lindsay were imprisoned by Tipu Sultan. Inside the dungeon you can take a look at auld cannon fired during the siege of Srirangapatnam. The cannon pierced the ceiling of the dungeon and fell inside the dungeon.

And the other dungeon known as Imam’s dungeon is located to the east of Tipu’s death place. This is where Dhondiawagh, a Maratha warrior was kept imprisoned .

The city Srirangapatna is protected from all sides by a stone fort. Tipu sultan rebuilt the fort in 18th century taking the help of French Engineers. The fort is designed in a typical French defense style of architecture and has huge bastions, fort walls and even secret passages. It was considered the second strongest and formidable fort in India during the 1880’s.

Sangam is at the confluence of two streams of river cauvery and is a popular picnic spot. But most importantly the waters of Sangam are considered sacred.

Srirangapatna does not boast of any good eateries. So have breakfast and pack lunch from hotels on NH-17 Highway. Some good hotels are Kamat LokRuchi, Adigas, and MTR.

If you are looking for overnight stay you can check out Mayura River View, Ambelee Hotel Resort etc at Srirangapatna. ⊕

Reference: Hyder and Tippu, History of Srirangapatna by V.Venkatesh.

Our weekly scan of Bangalore’s Kannada dailies includes reports on government considering two city corporations to how Parappana Agrahara central jail in Bangalore is turning into a safe place to hatch plans for criminal activities.

A Bangalorean’s euphoria on fasting in support of Anna Hazare

Arif Vakil, shares his experiences on fasting in support of Anna Hazare’s demand for passing the Lokpal Bill, here in Bengaluru.

From Sneezes to Wheezes

Apart from genetic factors, urbanisation, pollution, stress, and tobacco smoke are some of the factors that cause asthma.