In a first of its kind event, the running community held its own awards in Bengaluru on Sunday 1st April. Applause 2012 was held at Vivanta by Taj, MG road. Olympian Reeth Abraham and senior runner K C Kothandapani walked away with lifetime achievement awards. 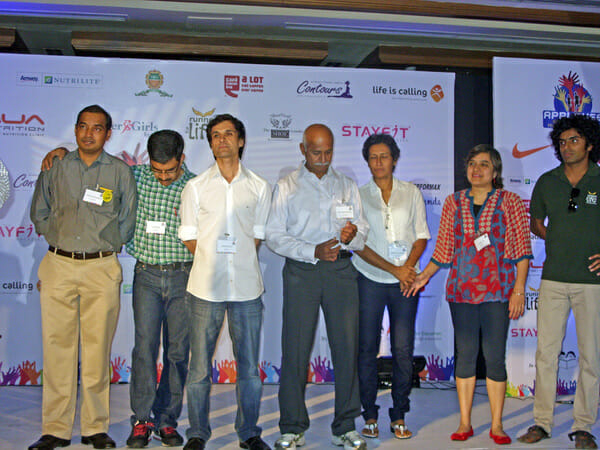 The event was organised by individual runners like Ashok Nath, Saroja Dileepan and Dileepan with support of groups like Runners for Life and Runner Girls India. The profits were given to the ASHA foundation.

The maiden award function is being positioned by organisers as a platform to recognise runners across the state and encourage them. Most of the award winners, though, turned out to be Bangalore residents.

K C Kothandapani, 55, from Ulsoor received the Lifetime Achievement Award for men and Runner Mentor award. He said, "I started running since 1978. I am really very happy and excited to receive this award after more than 30 years of running." He believes that you cannot force somebody to run. "Enjoy running rather than depending on timings and other such competitive factors. It will bring discipline in you", he added. 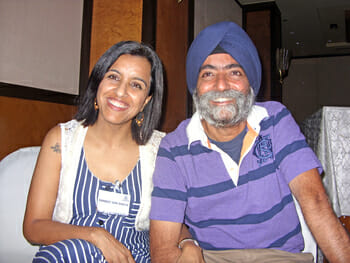 Arunjot Singh Bhalla, 46 and Gurmeet Soni Bhalla, 43, residents of Brookfield, received the Best Running Couple award. Gurmeet said, "we are running together for almost three years now. We are really happy and surprised to know that somebody would acknowledge a running couple." The other couples winning the Best Running Couple award were Saroja and Dileepan, Archana and Anil, Amrita and Rishi, Anupama and Nitin, Sindhu and Srinivas.

Runners who participated in the award ceremony shared their running experiences. Coach V R Beedu, one of the participants said, "running comes majorly out of self motivation. Just enjoy yourselves and improve your health more than thinking about winning or losing."

Ashok Nath, Chairperson of Applause 2012 was expectedly upbeat. "The event was a success though being the first one. We have learnt a lot from this one and hope to continue this every year", he said. ⊕

In pursuit of a passion

Young and adventurous Amoghavarsha focuses on pursuing his passion for photography, daring to give up a lucrative career in the IT field

Get involved, make a difference

A team of volunteers bring cheer into the lives of the old and the young, at Ananda Ashram on Bannerghatta road