On March 20th, BDA filed its objections in High Court on the Agara-Sirsi Circle signal free corridor PIL. Koramangala 3rd block RWA and others had filed the case last month, specifically asking for work in four Koramangala junctions to be stopped, and HC had ordered a stay on the works. At several places in its objections filing, BDA has gone so far as to say that residents’ concerns are imaginary. 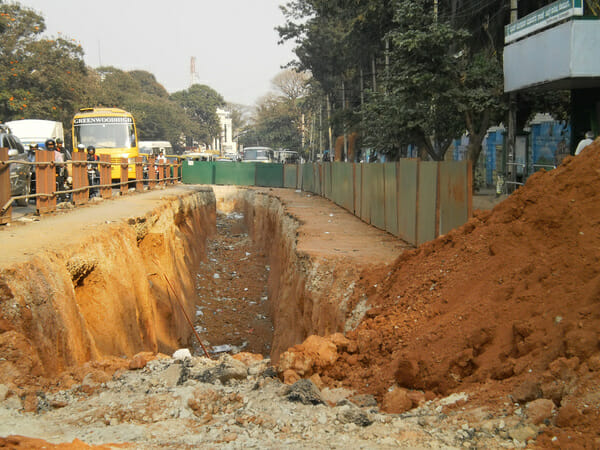 BDA has presented copies of approvals for the project given by Technical Advisory Committees (TACs) of both BBMP and BDA. BDA says that traffic and feasibility studies were implicit in the TAC approvals and the DPRs. BBMP made a DPR for the entire corridor and handed over the project to BDA. After this, BDA made DPRs for the four Koramangala junctions and started work. BDA states this in response to petitioners’ argument that making a DPR for only four junctions is unscientific.

Residents cannot use their ‘private’ traffic survey to find fault with BDA’s ‘scientific’ survey, and the decision to prioritise four junctions is a policy matter, says BDA. BDA has already had many meetings with residents and considered their suggestions; now it is up to BDA to make the final decision, it says.

BDA says that petitioners’ elevated corridor proposal cannot be accepted as there are many junctions along the stretch, and also because it is not financially viable. In the December meeting, Chief Minister had only agreed to look into the project and not stop it. (Residents had said that CM had given verbal assurance to stop the project.)

BDA says it has already considered residents’ proposals and denies that the project would affect road capacity or Koramangala’s residential character. Even if Sarjapur road traffic is caused by congestion in Hosur road and Inner Ring Road, the current design is the only viable solution, it says. BDA also took a jab at residents, saying they also have a personal interest in objecting to the project. Many of them park vehicles on the service road along the junctions, says BDA. Next hearing of the case is on March 28th.

In the March 28th hearing, court gave BDA permission to continue works in the four Koramangala junctions. This was based on the work order documents that BDA submitted. Work can continue in these junctions since work orders have already been issued, court said. But this is only an interim order, and hearings on the PIL will continue. Next hearing is on May 29th.

BBMP’s roadwidening plans on Sankey Road took a hit with citizens resolutely blocking its tree cutting auction. Amidst tension and drama, municipal officials backed down for the day.

Candidate debates are a great way to assess candidates on their merits when compared to others. Mahadevapura in Bengaluru saw such a debate recently.

Pustaka Parishe, free books for all

Kadlekai parishe sells varieties of groundnuts. At the book parishe though, a wide variety of books were give away for free. The books are donated by book lovers who want to spread the joy of reading, especially Kannada literature.