"After studies, all I want to do is dance,"says Rohini Prabhath, 19, from Gandhi Bazaar, who is learning Kathak at Abhinava School of Dance for the past 12 years. 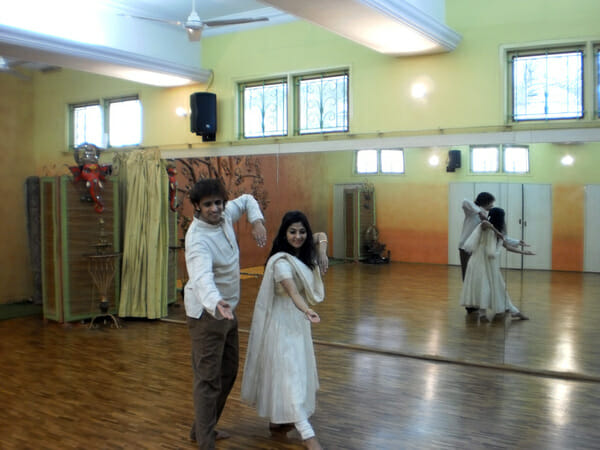 Rajendra and Nirupama at their dance studio, where classes are conducted. Pic: Deepthi M S

The dance school is founded by internationally acclaimed Kathak and Bharathanatyam dancers, Nirupama Rajendra, 41 and TD Rajendra, 44. Abhinava Schools of Dance along with Abhinava Dance Company are initiatives of Abhinava Arts Center, a non-profit Trust in Basavanagudi.

Both Nirupama and Rajendra have been trained in Kathak and Bharathanatyam by renowned gurus and are in the field of dance for more than two decades now. The duo has been awarded with prestigious Natya Mayuri and Natya Praveena respectively in1998.

It was a dance tour in the United Kindom, that ignited a thought in them to start a forum to help Indian culture reach out to the millions, through a way they both knew the best, dance. Subsequently they co-founded Abhinava Arts Center in 1994.

As a part of Abhinava Arts Center, Abhinava School of Dance conducts training classes for Kathak and Bharathanatyam. "We have been fortunate to have been associated with dance for so long, we want others to experience it too. It is more enjoyable when knowledge is shared", says Rajendra, explaining purpose of starting a dance school. They train around 200 students coming from various parts of Bangalore, with age groups ranging from 7 to 45 years. 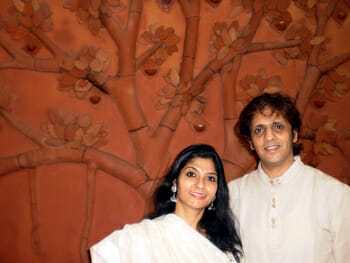 The performance wing of the arts center is Abhinava Dance Company (ADC), a name which most people recognise in the international circuits. ADC has featured in numerous international festivals and gatherings.

One of the unique aspects of ADC is Neo-Traditional Dance style, where a whole dance composition is made in accordance to a theme. With thematic costumes to selection of music to choreography to the lighting of the stage, every aspect of composing a dance performance is made from scratch. They use contemporary dance forms and music and blend it creatively with the traditional Indian forms.

"The whole process of creating a dance composition is very inspiring. It is like a box that keeps expanding and every time something new is found," says Mridula Rao, 29, from Hebbal, a student of Nirupama for 19 years. She is also a faculty member at Abhinava School of Dance and a part of the performing team at ADC.

ADC has carved an niche in the art of composing dance sequences based on required themes for corporates.

Having performed shows and conducted dance workshops on the international circuit for numerous years, ADC has earned a huge audience base in most of the places they have visited, UK, Europe, USA, Africa and UAE.

"Art connects with the soul directly, it goes beyond religion, beyond the geographical boundaries. It connects at a deeper level," says Nirupama, speaking of their experiences with western audiences.

Another interesting initiative by ADC in making dance accessible to all in the society is through ‘Sadbhaavana.’ It is an event where a few senior citizens and differently abled children are invited for a special dance performance exclusively for them.⊕

Scenes of the city captured in water colour and charcoal

Artist Srividya G S focuses on the the public areas not yet been touched by the mall culture in her water colours and sketch works.

Welcome to the Mummy Pick Up & Drop Off service. Applicants also need to be good multitaskers and skilled in one-handed operations.