Governments may come and go. Land grabbers may be arrested and jailed. But the daylight robbery of auto drivers will still continue.

In Chennai, you may have come across slightly different-coloured autos displaying the words ‘Tourists friendly’ and you may think these autos would charge you as per meter, or if not, reasonably. But these auto drivers are as bad or as good as others of their tribe.

Of late I am shuttling between Chennai and Bangalore too often, so much so that I have become a frequent train traveller and can claim rebate in fare if the railway ministry announces one. 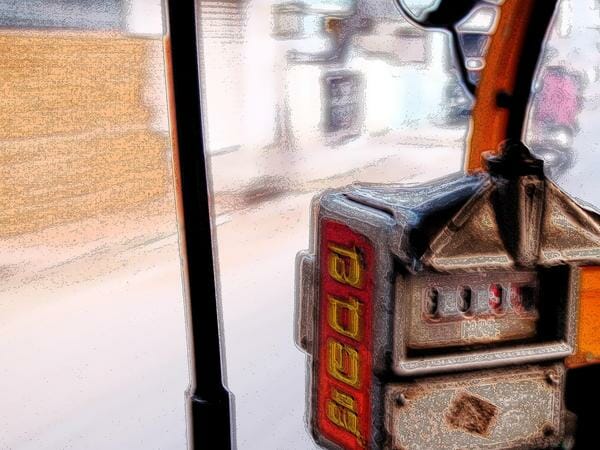 That apart, my travels in these cities have become real travails. In Chennai, I have switched over to call taxi operators named Fast Tracks and Friendly Tracks. I must confess that I am more comfortable with taxi drivers for there is no haggling for fare. The meter shows fare and I pay without a murmur.

In Bangalore, till recently I used to travel by auto, as hiring a taxi near the railway station was difficult. None can guarantee the authenticity of the fare conversion tables displayed by taxiwallahs. It was better to hire an auto there.

Of late that too has become tough. The autos have chosen to boycott pre-paid stands, and park way off the stands. If you choose one of them, you will end up haggling and paying a hefty sum rather than the meter fare. The police are only onlookers.

Recently I read a news report about an application which autorickshaw commuters can download on an iPhone or Android phone. If you have a smart phone, this GPS-based fare calculator can compute the exact fare. Known as the A-Rix Meter, it has been designed and developed by Bangalorean design student Siddharth Vanchinathan.

It could be the answer to many auto woes, especially as the new auto fares have come into effect from 12th March. The A-Rix Meter uses the GPS in your smart phone to pinpoint your location accurately to within 10 metres.

The A-Rix app can be updated for the new fare. It also has fare information of several cities in India, and loads the fare chart based on your location. So if you move to a new city, this app is a great way to get comfortable with public transport.⊕

About Mushtaq Ahamed 1 Article
The author has not yet added any personal or biographical info to her or his author profile.

None of us would go about building our own homes without a well thought out plan. Why should we be willing to accept such an approach for our own home, the great city of Bengaluru?

Planning for Socio-Economic development in Bengaluru: From a land-use plan to a city plan

Revised Master Plan has decided how the entire city of Bengaluru would look like in 2031. But how helpful would be the plan, if the planning process itself is flawed?