On 24 February, the Karnataka State Pollution Control Board (KSPCB) called for a hearing on the basis of the complaints given by the residents of the Brigade Palm Springs, JP Nagar 7th phase, against the noise caused by granite cutting and polishing units functioning in their neighbourhood. 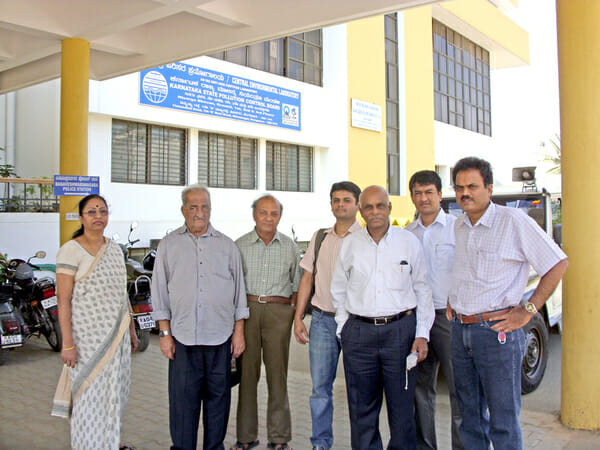 The residents had given a written complaint to Environment officer, South one on 6 February. JP Nagar, where these factories are situated comes under the jurisdiction of South One department.

The complaint was against Ashwini Granites, Alankar Granites and Vijaya Granites, which are situated near the apartments. The complaint letter also carried a letter signed by around 65 residents of Brigade Palm Springs. Citizen Matter has a copy of the letter.

At the hearing, Sadiq Ahmed, Senior Environmental Officer, said that the units were operational in a residential area without obtaining land conversion certificate of the board and they should be moved out.

After the hearing, a Notice of Proposed Action (NPD) was issued to the granite owners. A copy of the NPD would also be sent to BESCOM.

Once the factories get the NPD, they will have 15 days to commit , in writing, to a date by which they will be moving out. After that, the factories will get a maximum of one month time to vacate.

If the granite factory owners choose to ignore the NPD, even after 15 days, the Environment Officer will be forced to take legal action. Power supply would be cut off and subsequently they would be forcefully vacated.⊕