It’s very difficult being a non judgemental mom. Turns out, being judgemental comes wired into your system, the moment you become a mom. Not about yourself of course. We are judgemental about other mothers, the one who bottle-feeds her infant; the one who sends her kid to Karate ALL ALONE despite the fact that he has to cross a busy road; the one who thinks nothing of serving her kid Pepsi. In other words, the mother, who in our eyes is "wrong" while we ourselves are obviously doing it right or at least hoping that we are. 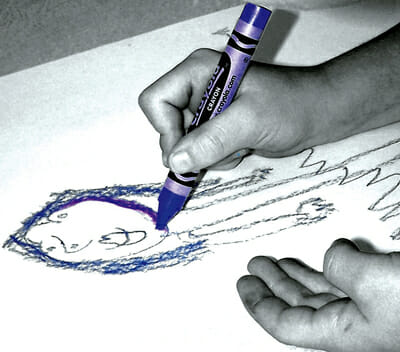 The topics are endless, the judgements uniform. "How could she do that!" we think to ourselves, as we pick up junior from Karate and his friend crosses the evil road all by himself. Perhaps the mother has a reason. After all, which mother would willingly put her kid’s life and limb in danger?

So why are moms so judgemental? I spoke to some friends and a bit of gentle prodding revealed something interesting. Parenting for many of us has been a much thought about decision, even if inevitable. Add to that an awareness and information level which is much higher than what our mothers had access to in their generation.

All these make us rather well informed about the various choices and methods on offer and can often lead to a ‘my way or the highway’ kind of situation, at least in our heads. It’s also probably because we wish to be applauded for what we are doing and though we may not admit it, secretly we are all contenders for the best mom award. An award that cannot exist. Because what is best mom to you could be paranoid parent to me.

There are many kind of mothers. From the chilled out mum of the little road crosser to the paranoid elevator escort of the irritated 10-year-old. From the all natural expert to the white bread lover. And all of them really want the best for their child.

The first time around I was the all natural mom. With the second one, I have done exactly what I had earlier been judgemental about. He’s been bottle fed and left with a maid when I go out on work. And this time, because it is me, the shoe has stopped pinching altogether. ⊕

Her story, her words

Laxmi Murthy feels that writing is something she cannot live without. It makes her uncomfortable when she is not writing. She is a women’s right activist and has worked for this cause in many parts of the country.

A drop in sale of rakhis and a burglary at a retail outlet, south Bengaluru has had a dull week. Later this Sunday is a special fest at an apartment complex in the area.

How nice Ulsoor lake looks when you are dangling in the air!

British stuntman James Kingston recently visited Bengaluru, only to dangle several hundred feet above the ground from a crane. And what did he see? A spectacular view of Ulsoor Lake!