An analysis of a mere 169 city property tax returns between 2008-10 by the Comptroller and Auditor General of India (CAG) found that Bengaluru had lost over Rs.200 crores in revenues. 25 software companies alone accounted for Rs.90 crores of this. The fault: BBMP officials had not done any cross-verification on the self-assessment based tax filings.

Further, CAG’s audit of BBMP balances in over 600 bank accounts found out that it had left hundreds of crores of rupees lying in temporary accounts during 2008-10 without transferring the money to the main bank branches. Without this, the funds could be used as receipts. Ironically, at the same time, for want of funds for expenditure, BBMP started taking loans from financial institutions at high interest rates.

These and scores of other indictments line up a scathing 20-page section of CAG’s audit report on BBMP issued last year. In mid-2010, the state government had quietly entrusted audit of Karnataka municipalities to the Comptroller and Audit General (CAG). CAG is India’s top public auditor that exposed the now famous 2G scam.

Derailed local government, with no money 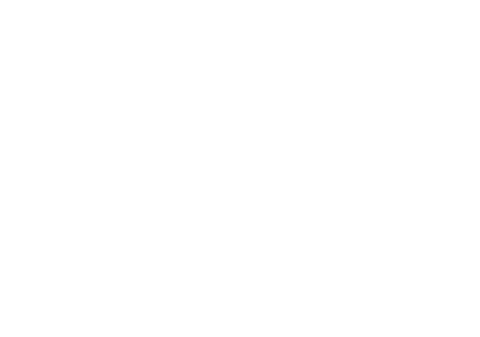 A fallout of this massive mismangement of cash along with revenue leaks is that BBMP’s situation in early 2012 is precarious. The city is currently running on dole outs from the state government. Just recently, the state government asked BBMP to withdraw all tenders that were called this financial year.

In response to BBMP’s request for grants, the state’s Urban Development Department (UDD) had written back saying that it could not bear the burden of BBMP’s unrealistic budget and that only ongoing works from the 2010-11 budget should be continued. This was reported by Times of India on February 1st.

CAG’s detailed expose of BBMP’s financial mess will not surprise BBMP Accounts Committee Chairman A L Shivakumar (BJP, Chickpet). Eight months ago, he had urged the Council to return to internal auditing. In a press conference, Shivakumar had himself exposed an astounding fact: The city had not held internal audits since 1964, violating the Karnataka Municipal Corporations Act.

Speaking to Citizen Matters, Shivakumar is plain about a startling state of affairs in India’s IT capital and a megapolis.

BBMP has no idea about its receipts and expenditures, he says. “For instance, there is revenue from different sources like state and central governments, other agencies etc. But no one knows about the exact amounts. The Chief Account Officer (CAO) of BBMP only receives amounts and releases funds.”

Interestingly, BBMP’s CAO wrote to CAG in March 2011 committing to ‘action taken’ to not allow the debacle of idle funds lying untransferred in its bank accounts, the CAG report says.

Shivakumar says that he has been demanding both internal auditing and publishing of audited statements online, but that there is no favourable response from the city council to this. He also appears to be a lone voice in the council. Mario Pires, Additional Secretary at BBMP Council Secretariat, says city councillors have not made any demands to discuss audited statements in the last two years since the new council took over.

The impact has already hit the streets. R K Misra, member of the ABIDe task force, says that BBMP no longer attracts quality contractors because of its inability to pay bills. “All major projects are stalled as contractors left works midway due to non-payment,” he says.

Despite this, BBMP proceeded to inflate its budgets for 2011-12 and 2010-11. In these budgets, the revenue was mainly expected from state government grants, loans, and some projects which have not yet been fully implemented. In 2010-11 budget, about 9% of estimates (Rs 750 cr) was expected from implementation of Sakrama scheme.

Sakrama is the scheme that allows property owners to ‘regularise’ illegal and deviant buildings and layouts in return for penalties. By most estimates, over 90% of the city’s buildings are in violation and hence BBMP has been salivating at the prospects of massive inflows of regularisation fees.

The city was expecting Rs 5,000 cr as revenue from Sakrama implementations, and BBMP has been on a borrowing spree based on state government counter-guarantees. However, even though the Sakrama bill was passed in legislature in July 2010, the Governor refused to sign it twice.

“This has been a major issue which has brought BBMP almost to the brink of bankruptcy. Unrealistic budgets based on imaginary revenue from Akrama-Sakarma reflects financially irresponsible behavior”, says an upset Misra.

“BBMP does not follow the basics of financial management – of having realistic revenue expectation and strictly controlling costs”, says Ramesh Ramanathan of the city-based NGO Janaagraha. Janaagraha along with three other city NGOs pioneered the Public Record Of Operations and Finance (PROOF) initiative in 2002 to monitor Bengaluru’s finances.

At least some of the mess could have been averted if BBMP had stuck to financial disclosures.

Back during 2002-6, PROOF got BBMP (then BMP) to release quarterly financial statements to the public. Ramanathan was closely involved. The statements were debated in public meetings, and the 2002-3 events were reported in India Together, the national public affairs e-magazine. After releasing statements back to back for four years till 2005-6, municipal officials stopped it.

Traveling abroad when Citizen Matters contacted him for this story, Ramanathan hit back as hard as one can get with a three worded SMS. “Definitely gone backwards”, he says plainly of BBMP’s current state of affairs.

V Ravichandar, head of city-based Feedback Consulting and a commentator on city affairs, agrees. “We had a great start through PROOF. That they (BBMP) discontinued PROOF is proof enough of intent!”, he quips. Ravichandar was also a member of the erstwhile Bangalore Agenda Task Force.

As part of reforms under the New Delhi-led Jawaharlal Nehru National Urban Renewal Mission (JNNURM), Karnataka had to pass a public disclosure law for city municipalities to follow including Bengaluru. The state government did that, but drastically diluted the model law sent by the centre.

Financial disclosure from city governments, particular Bengaluru, has been the arch enemy of governments in Karnataka, it appears, and the rot appears to come from there. The Karnataka Local Fund Authorities Fiscal Responsibility Act 2003, which calls for extensive disclosures and citizen participation, was the first to bite the dust.

“Why has it been pending notification for 8 years! Why?”, asks Viswanathan in frustration.

The capital of India’s massive infotech trade is so famous world over that ‘Bangalored’ is the word used as a substitute for outsourcing. A number of ‘Asian IT tigers’ are headquartered here, generating billions of dollars of foreign exchange for the country.

Yet, Bengaluru as a city, is at the crossroads. India’s more feared and top public auditor has indicted the city’s administration and in particular it’s revenue collection system.

For Ravichandar though, it’s first things first. “We will never hit the high ground in our city development till we have true devolution of powers as envisaged under the 73rd constitutional amendment. Being a vassal of the State is bad news for cities and city brands”, he says.

Bengaluru currently has a mayor with ceremonial powers and a mere one-year-term. Ravichandar wants a directly elected mayor with a longer term, accountable to citizens through area sabhas.

“The sooner Bangalore gets out of the clutches of state politicians, who have nothing meaningful or constructive to contribute, better for its citizens”, concurs Misra. ⊕

Volunteers of Youth for Seva are helping residents of Bilekahalli understand waste management and implement it.

Raadha: The search for nothing