RWAs and citizens’ groups that fight public causes in court may soon get a helping hand. Rajya Sabha MP Rajeev Chandrashekhar (Independent) has offered to bear 50% costs of PILs filed in Bangalore and the state, through the Namma Bengaluru foundation. He first announced this on Twitter. 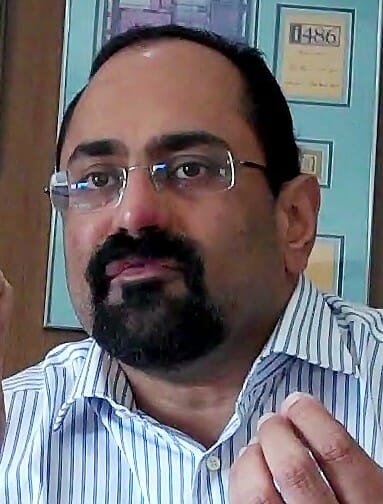 Rajeev Chandrasekhar was elected to the Rajya Sabha in 2006. Pic: Subramaniam Vincent.

Chandrasekhar’s decision comes on the back of the Karnataka High Court’s verdict three weeks ago on the city’sComprehensive Development Plan (CDP). In a PIL, citizens’ groups had challenged a provision in the current CDP (2005-2015) that allowed commercialisation of residential zones. Court favoured petitioners, ordering that such commercialisation should be stopped.

Chandrashekhar says that the power of PILs is visible now and that judicial intervention may be the only answer to some issues. "I get residents’ requests for help on many issues. Though I advocate these issues with government agencies, that is not enough sometimes, because of vested interests. Hence the decision to support 50% costs of any legitimate PIL," he says.

Citizens who are actively working for reforms, support the move. Vijayan Menon, member of Citizens’ Action Forum (CAF) which was one of the petitioners in the CDP case, says that such support is important and that even a few RWAs accepting financial support will make a difference. RWA members and lawyers can also chip in, he adds.

"RWAs can get funds if all members make a small contribution, but this has not been forthcoming due to indifference. Even with 50% funding, it has to be seen if the other 50% can be mobilised by RWAs. Lawyers can also form a group that accepts PILs at lower rates or pro bono. RWAs or citizens’ groups experienced in researching and filing PILs can also guide bodies that are new to this," says Menon.

N Mukund, member of Citizens Action Forum and Jayanagar 5th block RWA, says that Chandashekhar’s offer is a good opportunity for those who have a genuine cause and need assistance. Brig R S Murthy, former president of Federation of HSR layout RWAs, says that Chandrashekhar’s initiative will motivate RWAs to take up PILs.

There are skeptical voices too. Aditya Sondhi, a Bangalore-based lawyer says that PILs are best funded by petitioners themselves as third party funds can affect the bona fides of the PIL. "This can happen if the sponsor is interested in the PIL for personal, political or publicity reasons; this may not be the case here. But genuine PILs do not need external funding anyway, as discerning lawyers will represent them pro bono or at nominal fee," says Sondhi.

Sondhi is the advocate for the citizens who challenged the government on Bangalore’s CDP. He practices at the Supreme Court of India and the High Court of Karnataka.

Chandrasekhar is an entreprenuer-industrialist turned politician. He runs Jupiter Capital, a venture investment firm. He was elected to the Rajya Sabha in 2006, representing Bangalore and Karnataka. He has also been the head of the former chief minister B S Yeddyurappa’s task force for Bengaluru, ABIDe. "Bangaloreans must demand to take their neighbourhoods back", he said in an exclusive interview to Citizen Matters one year ago.

Chandrashekhar says those looking for support can get in touch with him at feedback@rajeev.in.

Register your borewell now, if you haven’t already!

You can also complain to the government if you are being approached by middlemen who demand excess money to get your borewell registered.