The Japan Habba is a tradition which began in 2005. Every year, Japanese citizens living in Bangalore and the city’s Japan enthusiasts get together and celebrate each other’s culture. A colourful display of various arts, the Habba promises to be an experience worth waiting for.

This year the Habba will be on February 19th at Jnana Jyothi auditorium, Palace Road. A preview of this festival was organized by Sakura-kai – an association of Japanese women – to give the media and the public a taste of what was to come.

The day began with the serene tea ceremony known as Sado – the way of the tea. The philosophy behind the dedication of so much time and effort to the simple tea is similar to the Indian philosophy of "Athithi Devo Bhava". 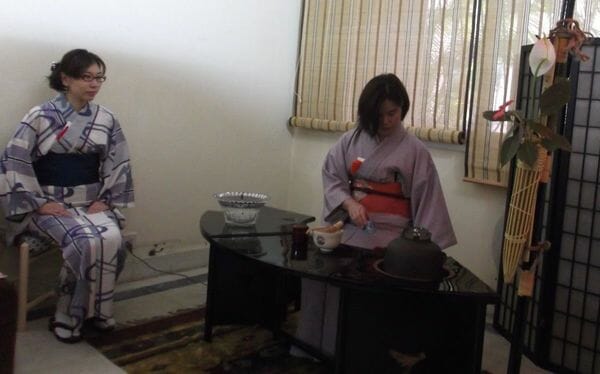 The host and tea master Oga Sensei, as she is fondly called, explained that the feeling of goodwill and sincerity which the host feels towards the guest is conveyed through this single cup of tea. Due to time and space constraints, her apprentices, who meet every week to practice, performed a simplified version of the ceremony.

"Every ceremony begins long before the guest enters the Chashitsu or tea room. Cleaning and beautifying the garden, pathway and tea room is followed by placing flowers appropriate to the theme of the tea ceremony," she elaborated. Every tea ceremony has a theme which is written down and placed so as to be visible to all guests. "The original tea ceremony involved serving food to guests before tea," Oga Sensei says. We were served Japanese sweets before green tea.

The Japanese garment Kimono has fascinated and inspired many a fashion designer with its intricate and eye-catching designs. The process of donning one is just as elaborate and elegant. One cannot do it by oneself. The hosts demonstrated the ritual of wearing a Yukata on anyone willing to try it on. Yukata is the summer kimono made from lighter material compared to the more official Kimono. 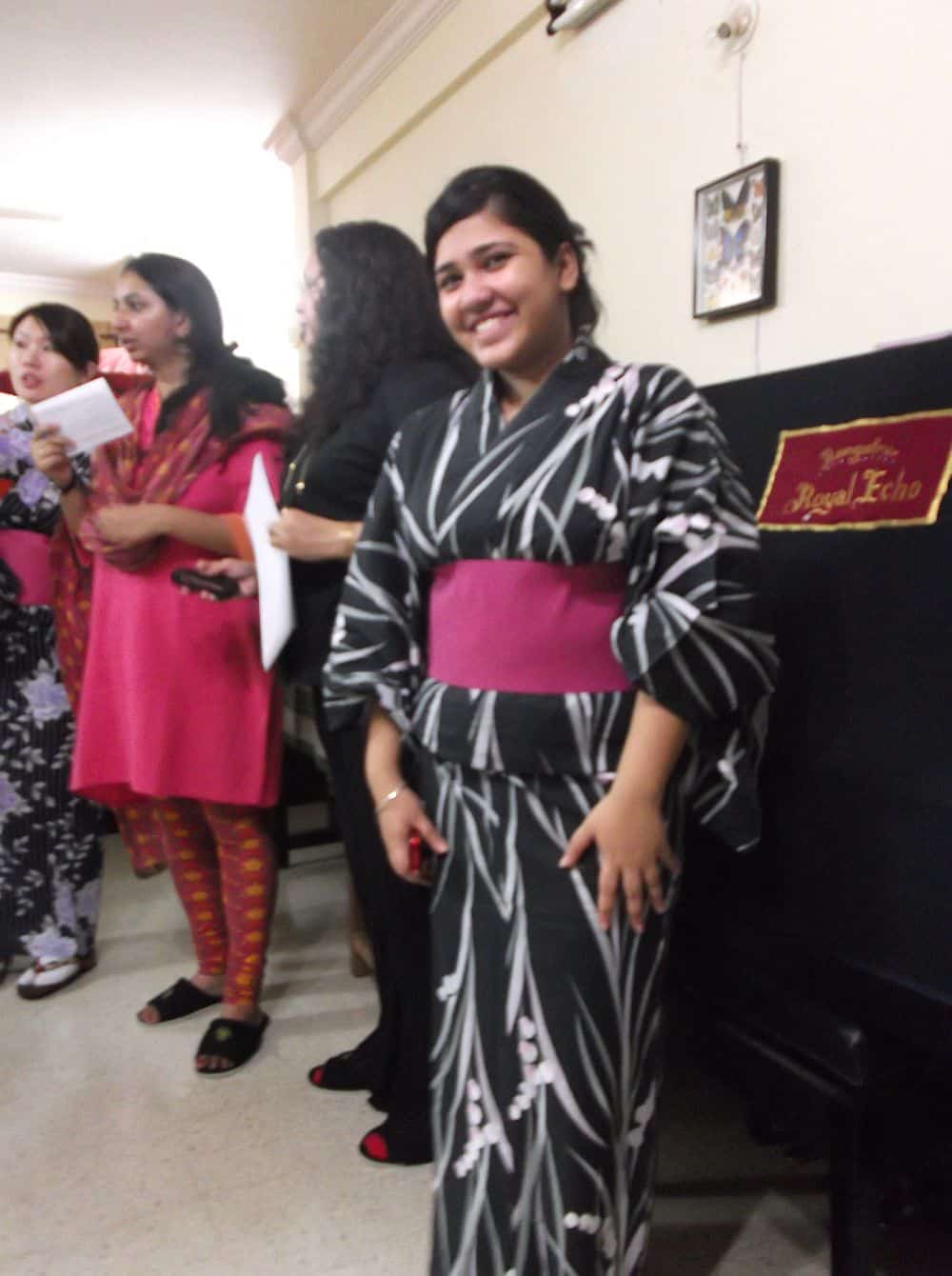 A volunteer who tried on the kimono. Pic: Bhavani Bhaskar

Kato, one of the young women, said that when one wore a kimono a dignified posture was but natural. One look at the leader of the kimono-trial group, Kaneko Takemura, was enough to prove the point. Tea ceremony and kimono-wearing demonstrations will be held at the Habba from 10 am to 12 noon.

The entire event was interspersed with a Shamisen recital by Tomoko Matsuda. The Shamisen is a three-stringed instrument from the Okinawa prefecture of Japan. She played with an experienced hand, luring the audience to another time and place. Matsuda is set to play the Shamisen as well as perform Bharathanatyam at the Habba.

"Although by no means a full representation of the variety of events at the Japan Habba 2012", the organisers say, "the preview was a hint of what is to be expected."

Get more details of the event here.

About Bhavani Bhaskar 1 Article
The author has not yet added any personal or biographical info to her or his author profile.

Allocation of 1% of funds from BBMP budget, temporary grievance redressal cell, free public amenities in markets – these are some of the streets vendors demands to the BBMP.

Over 50 dogs and other animals suffer accidents on Bengaluru’s roads every day. Many die painfully. Nobody is held accountable for these tragedies.