He is 29, trained as an engineer, a Kannada-film maker of rising repute. However that is not why he is the focus of this article. Pawan Kumar is also a piracy warrior in Sandalwood. For his debut film, Lifeu Ishtene, he ended up irking the Censor Board by re-releasing the movie with a changed ending. Now he’s gone back to a familiar approach engineers take to fix problems: technology. 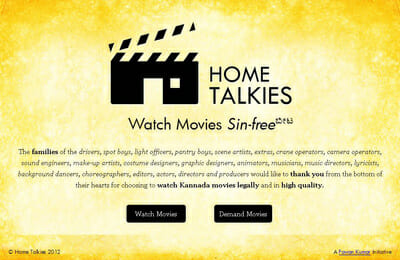 Pawan has founded Home Talkies a movie viewing website to release Kannada films on the web. As the description the website goes ‘through Home Talkies, we want our filmmakers to reach out to all the kannadigas who are in different corners of the globe.’ Viewers can watch high quality, legal copies of the film, online for a fee.

Citizen Matters caught up with the anti-piracy crusader.

The movies can be viewed by people residing outside India only, why?

Yes, Home Talkies is for people outside India at the moment. There are some legal and copyright issues, as well as technical problems with streaming for India (many still have low internet speeds). So we are figuring it out.

Kannada Film Industry in the current situation cannot look at overseas releases as a viable option. It doesn’t work out financially. And we have Kannada speaking population all over the world, who want to watch Kannada movies.

This demand for movies was encouraging the pirates to somehow source a print and upload it. Most of the times they are pretty bad copies. So our audience worldwide was seeing bad copies and writing off Kannada movies.

We filmmakers spend months together on delivering our movies in high quality, both in video and audio. It hurts to know that thousands are watching our films in real bad quality. This happened to me with Lifeu Ishtene. When I saw what was available on torrents, I was sad, not because we were losing business, sad because so many were downloading and watching such a bad copy. That is when the idea of releasing my movie online in HD quality occurred to me.

On Home Talkies, the audience gets to watch movie in high quality. They don’t have to hunt for the movie they want. It is either available or they can order for it. The movie is free of viruses and malware programs. So with hometalkies we are hoping it will reduce the traffic from audience in the torrents. Thus reducing the demand for pirated movies.

We are also sharing 10% of the earnings with the users who share the legal copy of the film. No one makes any profit when a pirated copy is shared. In fact it could end careers for many in the industry. Instead we want to encourage people to share links from Home Talkies, and thank them for being legal, so we share 10% of the sales.

You seem to be consistently wanting to combat piracy – after the earlier first attempt are re-releasing Lifeu Ishtene with a different ending, now you are launching this website. Why does piracy stir you so much when other filmmakers appear to not be as perturbed?

Well, would you be quiet if someone was stealing content from your site and making money out of it? 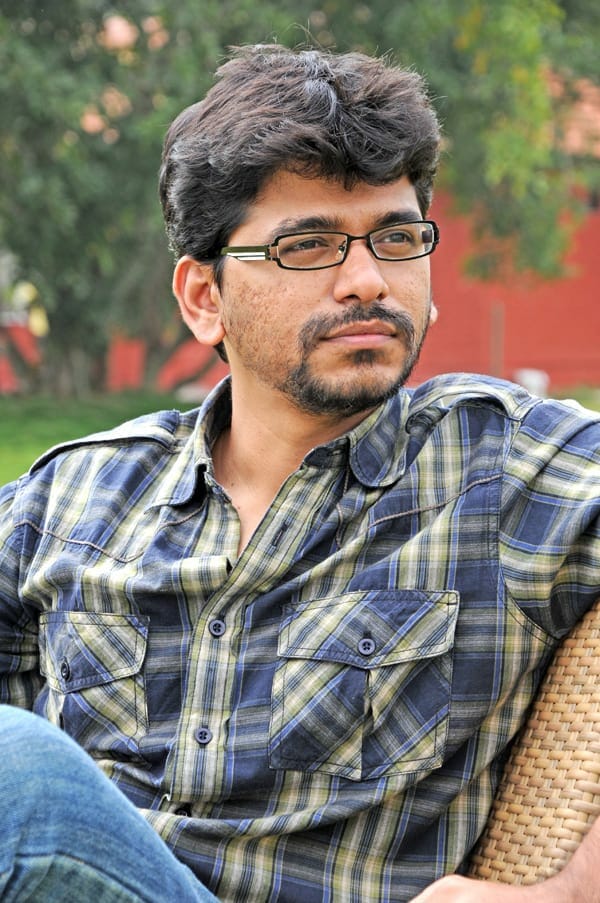 I want our films to reach out to the audience. Pic courtesy: Pawan Kumar

The primary purpose of all my initiatives is to reach out. I want our films to reach out to the audience, they have decided not to come to theatres, so I some how want to get into their living rooms or to their laptops and tell them to watch our films. This was the motivation. I could have freely shared my movie everywhere, but that will not do any justice to the producer or to all those people who have worked on the film. When you create a product, you’d like to sell it.

And selling movies online means combating piracy. All these efforts are termed as – Fighting Piracy. I am not challenging those who do it. I know they are smart, I know they get a kick (and nothing else) from doing it. Let them keep doing their best to steal our content, we will do our best to protect it. If there are 1000 people who watch a movie for free, there are 100 who want to pay and watch in good quality. I am interested in those 100.

Other filmmakers are also trying to do their best to put an end to piracy. Everyone talks about it all the time. I am just finding the time and the motivation to do something about it.

Which are the films that are lined up for the online audience?

We have built a system in a way that is audience friendly. We want our audience to decide what should go online. As of now they are demanding for Paramathma, Sidlingu, Vishnuvardhana, Saarathi and some others. We are speaking to the producers of those films and getting them to release it online. Hopefully in a week, more films will roll out.

The DEMAND MOVIES feature is allowing to vote for movies they want to see. We see Vishnuvardhana there for e.g. Does that mean HT will release movies in India before DVD release if there are enough votes? Or are the votes going to be used to release online internationally, and as for releasing in India/SAARC the DVD release date will still have to be followed?

As of now, the movies are available only outside India and SAARC countries. Once we deal with some copyright issues and find solutions, we might be able to make it available in India as well. Vishnuvardhana will be available internationally soon. You could look at HT as a substitute for oveseas theatrical releases. We cannot budget to release movie theatrically all over the world and that is the reasons why it’s done on HT.

How does your vote counting work? Are you keeping a threshold above which you will consider ‘enough demand’ after which you talk to producers? Or are producers asking for certain number of requests after which they might consider online release?

The voting helps us predict how many people will actually watch the movie when it is online. Putting up a 2-hour movie online and not having any sales is a big loss for us. We also want people to filter out what they don’t want to see. We haven’t set a threshold but we might be looking at 100+ demands. Producers are not asking for anything, the whole concept is quite new to them. Some of them want all their movies online, but we don’t want to do that. If you look into Youtube Movies, you will see more of bad films than the ones you’d really want. So we want the audience to choose.

But there are some movies, which we will bring in without any demand. We want to promote Art house cinema and Independent experiments. We want to give those films the same exposure that a commercial film gets. Someone coming to buy Vishnuvardhana might see the poster of an art house film and find it interesting buy that as well.

We are also encouraging new filmmakers waiting for opportunities to make films using digital medium and release it straight on HT. They have a promised audience and they can earn money as well. Many filmmakers waste a whole lot of time waiting and finally surrender to commercial needs. At HT, they can make a film the way they want to and reach their audience. I will be soon making a film like that and releasing straight on HT.

Are the people voting mostly from outside India?

It’s mixed. We are getting a few from with in India as well. Many are asking us to give them the option to stream it here as well. But we are offering them the affiliate option for now. Anybody can promote a film on HT, and earn from it.

Some of the sewage generated in Bengaluru is disposed of efficiently, but the city still uses manual scavengers to handle the rest. How can this stop? How do we find ways to deal with our waste responsibly?

‘Become the change you want others to be’

At a time when everyone feels Bengaluru is down in the dumps, V Ravichandar gave a stirring TEDx talk on 4 April, 2013, on how there is plenty to hope if civil society, businesses and the government can join hands.

BBMP’s project to paint the city walls has both supporters and critics. But it has given employment albeit temporarily to more than 60 work banner artists.