For the past few years, development works executed by civic agencies including BWSSB, BDA, BBMP and KPTCL have been going on in HSR Layout. This has resulted in frequent traffic diversions into HSR Layout, from Ring Road – Sarjapur Road, that cause major inconvenience for us all. 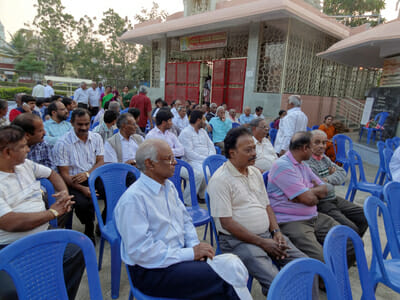 Residents and shopkeepers along 27th main road of HSR Layout continue to live with the pain caused by BWSSB water pipeline work. The peace of this layout has been disturbed with attendant noise and pollution over months.

We have shared our concerns with authorities a number of times. The entire stretch of this main road – one of the lifelines of HSR Layout – has been mutilated right from the junction of Sarjapur Road to Somasundarapalaya. This road is the main link to many apartment blocks in HSR and beyond.

BWSSB and their contractors have given excuses like rains hindering their work as well as sudden appearance of rocks in the alignment of the pipeline.

Over three years ago, the state government had taken up a case for exchange of land with Army. The land in question is an army-owned barricaded portion jutting into the 27th main road after the 22nd cross junction. I understand all formalities pertaining to exchange of this land with BDA sites have been completed over a year back. At my individual capacity, I have been personally following up on this, during the last three years with local army authorities and BDA. Will BDA now ensure completion of 27th main road?

Someone must be answerable

There appears to be no sense of urgency being shown by civic authorities to complete this work. It is just dragging. We certainly deserve better infrastructure. Mere first aid treatment of roads is not adequate. There must be a systematic supervision of the quality and timely completion of works.

About Brig (retd.) R S Murthy 11 Articles
The author has not yet added any personal or biographical info to her or his author profile.

If you don’t have your name on BBMP voter list, check it again!

Voter roll analysis expert P G Bhat says in his blogpost that finally State Election Commission and Chief Election Officer, Karnataka have synced their voter rolls and around 5,00,000 applications have been approved, and deletions made.