In a startling land grab case filed by BTM Layout’s Bank Officers’ Co- Operative Housing Society against the BDA for illegal land transfer, the Karnataka High Court has ordered the BDA on January 6th to restore the land and maintain it as a park. 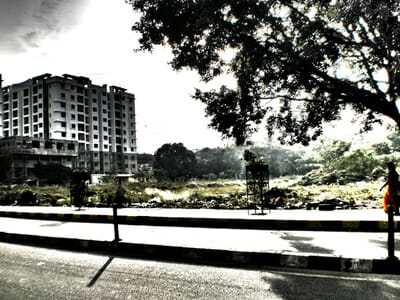 View of the disputed land from across the street.
Pic:Deepthi M S

The bank officers cooperative was allotted 30 acres of land in bulk in 1982, at the time of the formation of BTM layout. The land was given to the society on a lease agreement. Most of the land was used for construction except for 2 acres and 31 guntas, which was meant for a civic amenity.

The twist in the story really emerged when the BDA, out of the blue, issued an NOC in November 2005 to one Channappa, who then claimed ownership of the same chunk of land. This development came within six months of the relinquishment.

On the basis of this NOC, Channappa got a Khata from the BBMP too. Following this, a year later, in December 2006, Channappa received town planning approval for construction of a residential building on the land.

These developments weren’t known until construction work began on the land recently and then matters came to a head.

"In 2010, we found someone digging in that piece of land for construction purposes. It is then we realised that something was wrong here. We immediately got a Stay Order and the digging was stopped. Later, we learned that some unknown person claims to be the owner of the land," says Kishore Kumar P, Secretary of the Bank Officers’ Co-Operative Housing Society. Through RTI, the society learnt about the land transfer and about the ‘’new owner”.

Stung by the land transfer, in September 2010, the society sued the BDA for misuse of the land meant for civic amenity. 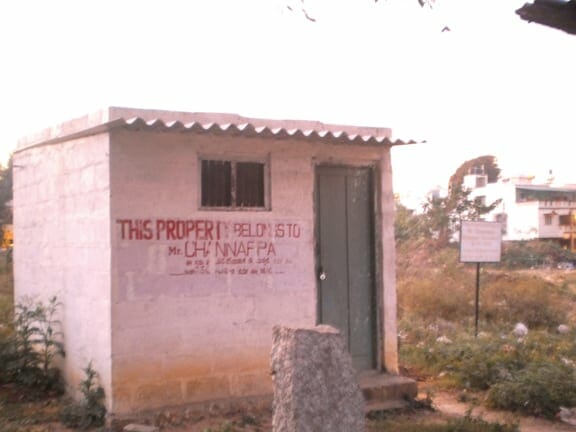 At the first hearing in the High Court on December 16th 2011, the BDA attracted the ire of Justice D V Shylendra Kumar. The BDA had claimed it had no records of issuing the NOC itself! "No wonder, in this state of collusive murky conduct on the part of many officials of state government, BDA, BBMP and who others who might have been involved in this affair not known, BDA wants to wash off its hands…..and wants to shift the burden to the petitioner to prove the existence or otherwise of this document!" wrote Justice Kumar.

And then came the major ruling at the final hearing on January 6th. The High Court ordered the BDA to clear encroachments from the 2acres 31 guntas of land and to ensure that it be retained as a park for the benefit of the residents of the area, within two weeks.

Here again, Justice Kumar spared no words in his indictment of official connivance. "This submission is too simplistic and one of trying to avoid or evade responsibility on the part of the commissioner, BBMP, particularly trying either to cover up or shut his eyes to the possible earlier illegal actions or to shelter some erring persons in the BBMP", he wrote.

Justice Kumar’s assessment was that officials "have conveniently ensured that khatas are made in favour of persons who are not owners or properties in the ownership of BDA or the state government or a BBMP property". Referring to the BDA’s NOC and BBMP’s khata giving for the chunk of park land, he summarised that the land was being "conveniently gifted away in favour of all and sundry through the device of creating khatas in the name of third parties."

Bengaluru unites in a protest campaign

The city erupts in planned and peaceful protests against recent attacks against women and subsequent statements by hardline outfits like Sri Rama Sene.

Be it famous titles of famous authors or innovative work of new writers, it was all there under one roof. Worth a visit, but don’t expect anything very different.