Bruhat Bengaluru Mahanagara Palike‘s Rs 600 million garbage segregation plant at Subbarayanpalya, an interior village in Kumbalgudu, which should have been completed by the end of 2011, is still at the tender stage. The area is near Rajarajeshwari Nagar in SW Bengaluru. 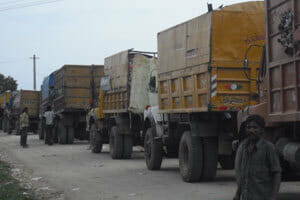 As per information from the BBMP website, the tender process for the 750 metric-tons-per-day plant should have been wound up before April 10, 2011.

"It was in 2009 that BBMP thought of implementing a new automated garbage plant, similar to the one in Mumbai, by considering the garbage elimination problem in Subbarayanpalya," said Puttamurthy, Assistant Engineer at the BBMP’s Solid Waste Management Department.

After processing the tender, an additional nine months are needed to build the plant.

"We had canceled the first tender process because of the lack of bidders and competition," Puttamurthy said.

Most of Bangalore’s wastes have been dumped in a one-acre plot here for the past eight years.

"3,500 tonsof waste is produced in Bangalore in every day, out of which more than half is dumping in Subbarayanpalya," Puttamurthy said.

Due to this, people living there suffer from itching, allergy, malaria and other diseases.

"We protested against it three or four times but it was of no use," said Manjunath, a local resident. "Sixty-five trucks reach here daily to dump wastes from Bangalore." 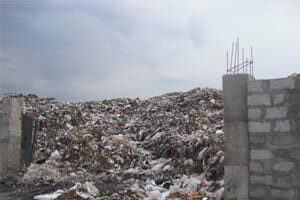 Most of Bangalore’s waste has been dumped on the one-acre plot for the past eight years. Pic: Sankar C G

"Our children miss classes because of fever and other diseases. We can’t even have food because of the bad smell of garbage," Manjunath added.

Pollution control board  has ‘no idea

"In 2010, the mayor and deputy mayor of BBMP visited the plant and formed a technical committee, headed by officers from pollution control board, the Solid Waste Management Department, the Indian Institute of Science and others, to study about it," Puttamurthy said. "The committee later recommended this project."

But the pollution control board officer, who is supposed to provide environmental clearance for the project, said: "We don’t have any idea about the plant that BBMP going to implant in Subbarayanapallya. We have not provided any approval for the plant as the BBMP has not approached us for approval of the plant so far."

After the project was approved, BBMP built two similar plants at Mandoor and Mavelipura. The BBMP is now exploring ways to generate electricity from the waste at the plant in Mavelipura.

Meanwhile, the villagers in Subbarayana Pallya are living with huge piles of garbage in their backyard. ⊕