"If they try, visually impaired are no less than anybody, (sic)" says Soundarya Kumar Prathan, 12, the youngest player from Orissa, among the visually challenged participants. A four-day rated National Level Open Chess Tournament for blind was conducted at Kanteerava Stadium from 1 – 4 January. 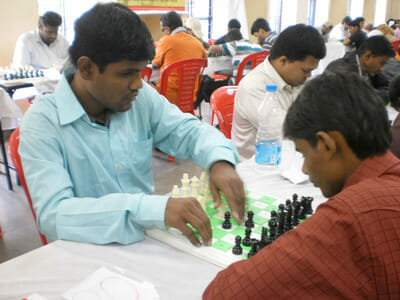 The tournament was conducted to mark the Louis Braille Day by Samarthanam Trust, along with All India Chess Federation for the Blind. It had 71 visually impaired players from 11 different states across India.

The tournament had both men and women participants with no separate categories. Samarthanam Trust for the Disabled, a Bangalore based NGO, funded the tournament along with free boarding and lodging facilities for the players.

The tournament was aimed at providing a platform for the visually impaired in the field of chess. "Chess is one game where visually impaired players can compete with normal players," says Devaraj, Head Master, Samarthanam School.

"Such competitions build in qualities like advance thinking, strategic thinking and confidence among the players. These things help them further in life too," says Mahantesh G Kivadasannavar, Founder, Samarthanam. 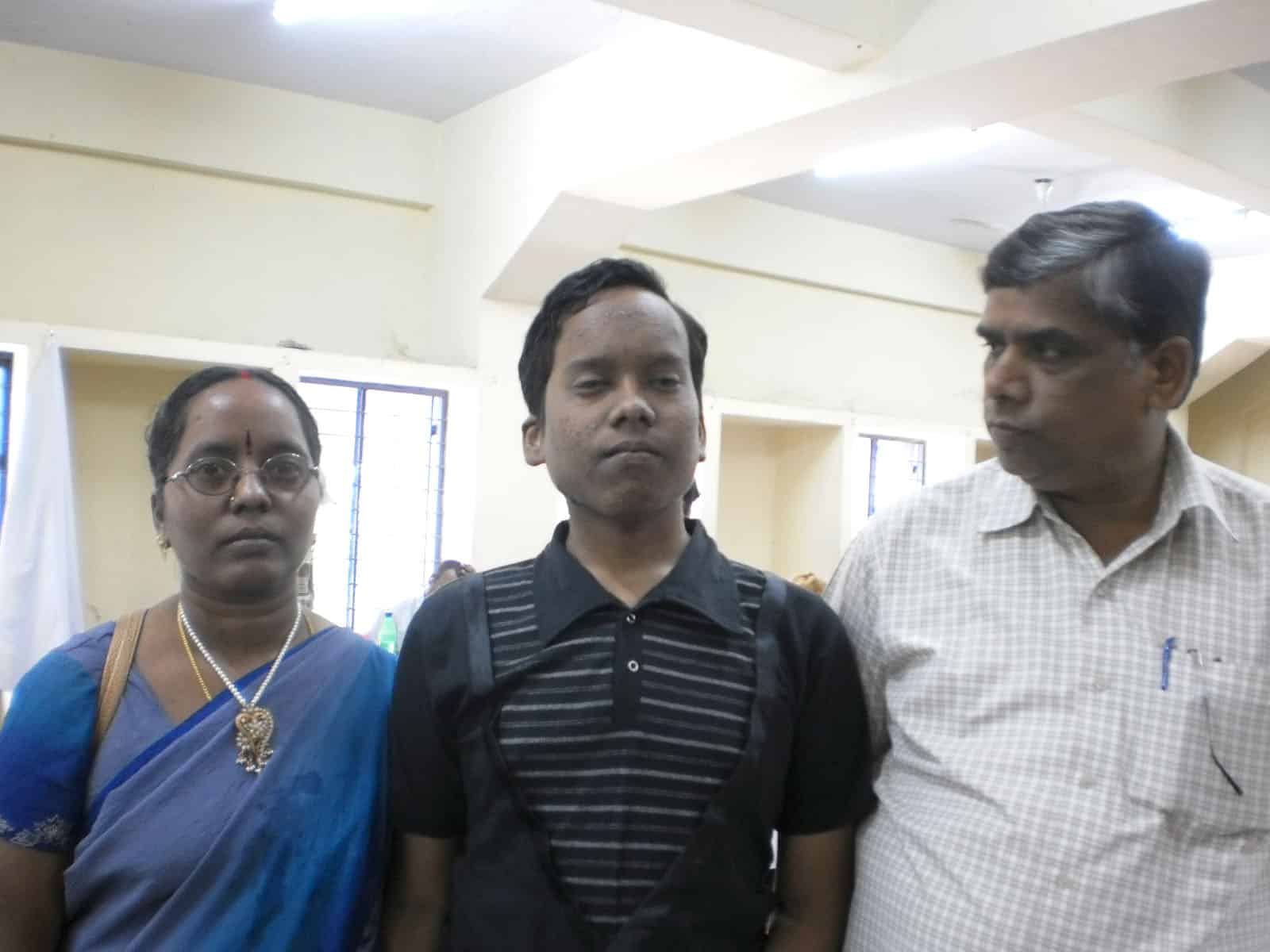 Guntha Sai Krishna along with his parents at the chess tournament. Pic: Deepthi M S

"My son has participated in various chess tournaments in our state but this is the first time outside," says Guntha Jagannatham.  He was accompanying his son, Guntha Sai Krishna, for the tournament from Andhra Pradesh.

"I wish to play with Vishwanathan Anand one day," says 18-year-old, Sai Krishna. He added that if there was commitment to the game and confidence to play, anybody could win.

"There are many strong players around," says Ashwin K Makwana, 27, Gujarat, winner of the tournament. He received a cash prize of six thousand rupees. He added that he was surprised to see many young players in the tournament who had taken up chess seriously. Makwana is also the current National Champion under All India Chess Federation for the Blind.

The tournament had two players from Karnataka. The second place was taken by 19-year-old Kishan Gangolli, Karnataka. He received a cash prize of Rs. 4500. "I tried very hard but could not reach the first place," he said. Gangolli had also participated and secured sixth place in the U-19 World Chess Olympaid in 2011. ⊕

Read on for how to fill the tax form and pay your property tax.

Protests and court cases mark the fight for Pattandur Agrahara Kere. Why did the High Court say it was a private land, when the lake has a history of 975 years?