The literary works of illustrious playwright and poet, Thyagaraja Paramasiva Kailasam or TPK, are, without doubt, the best among the modern day writings in Kannada to date – a captivating mix of humour, poignancy & relevance. His works have an essential realism and meaning that are valid to this day. 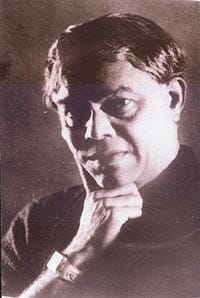 A peek into Kailasam’s life:

The saga of T P Kailasam (1884 to 1946), begins in southern Karnataka, where he was born (in the then Mysore state) on 29th July, in a Tamil speaking family. He spent part of his schooling days in Chennai. In college, he secured the first rank in BA and won the Cromarty Prize. Awarded the Damodaras Scholarship by the Mysore Government, he travelled to London in 1909 for higher studies in Geology. Returning to India in 1915 as a gold medallist in Geology from the Royal Geological Society, London, he gave up his job at the Government Geology Department in Mysore. In his own words, Kailasam remained ‘unemployed and unemployable’ for the rest of his life, dedicating it instead to his passion, creating literary works in Kannada. He also chaired the Kannada Sahitya Sammelana held in Madras in 1945.

Kailasam was married to Kamala, a Sanskrit scholar and a proficient veena player and the elder daughter of R V Sundaram Iyer. Kailasam lived life with a ‘I don’t care’ attitude and a ‘Take it easy’ policy. This did not endear him to his family (Kailasam would brush aside his estrangement with his eminent father, Justice Paramasivam, with his ‘jesterly’ remarks) – but he did not care about it.

It may interest one to know that Kailasam reportedly could blow smoke rings and spell out his name through them!

The telling influence of Kailasam’s works on youngsters of today:

Considered ‘Kannada Nataka Prahasana Pitamaha’ (the grand old man of humorous Kannada plays), Kailasam was a ‘Master Punster’ who also, very effectively portrayed the turmoil (ethical and moral) that society and people were dealing with – his works like ‘Tollu-gatti’, ‘Nam Brahmanke’, etc. would make people think. A lot of youngsters researching and writing about Kailasam’s works even now is clear proof that his works are relevant to this day.

A forward-thinking, non-conservative litterateur, Kailasam was way ahead of his times. The underlying message in most of his works, sprinkled with satirical humour, showcase this, as also the fact that he used English (and often other languages too) in his predominantly Kannada works. This Kannada-English fusion in his works endeared him to many. Some of his original works (Purpose, The Lake, etc.) are also in English.

Another popular Kannada writer, Parvathavani, during Centenary Celebrations of Kailasam, spoke about him with a sense of pride.

Kailasam’s play ‘Ekalavya’, inspired by the heart-warming story of the young, talented archer Ekalavya, from the great epic of Mahabharatha, was presented in the National Programme of the A.I.R and broadcast from Delhi in many official Indian languages in 2009.

School children who have Kannada as a subject (be it in India or elsewhere) can choose from his varied collection of poems.

Kailasam’s characters are so life like that they inspired M G Srinivas to film a 45 minute play titled ‘Simply Kailasesome’. Here, many of his characters (from various works) come to life and meet their creator. Some of them even express their likes and dislikes at having been part of his plays! Kailasam is also seen talking to the audience about the relevance of these characters. This film, inspired by a classical novel ‘Typical Arathi’, by veteran kannada theatre and screen personality A S Murthy, won the Platinum Remi Award at the 44th Annual World festival, at the Houston Independent International film festival held from 8th to 17th April 2011. 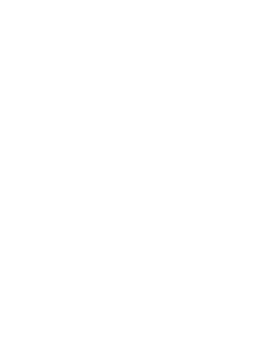 Kailasam owes his foray into Literature to his high school English teacher in Chennai, V S Srinivasa Shastri. This great man, who was honoured by the British with the prestigious ‘Right Honourable’ title appreciated young Kailasam’s aptitude towards writing.

The pick of Kailasam’s plays would include, Poli kitti, Ammavra Ganda, Home Roolu. They were best known for presenting the satirical themes of that era in a professional, sensible manner. The purpose, and Fulfilment are two of his best English plays. The English poems written by him include Mother love, The Dramatist, The lake, The smiling seven, etc.

In her book The musings on Indian writing in English, N Sharda Iyer, says – ‘He was a remarkable man- a Scientist, linguist, sportsman, wit, actor, playwright and bohemian- a blending of a genius and intuitive vision.’

Kailasam’s leanings towards characters of Mahabharata is explained by him thus: ‘You see, the characters in the Mahabharatha are all like us, living rooted in this world. They may have Adhyathmic ambition, but in the way the great sage Vyasa has depicted them, they are all human. But, in the Ramayana, the sage valmiki has transgressed humanity. The material gross has never tainted them.’

Among those from the real world, Kailasam admired Mahatma Gandhi and regarded him as a ‘Karmayogi’.

The words ‘Kannadakkobbane Kailasam, Hasyakkobbane Beechi’ (loosely translated to ‘Kailasam means Kannada, Beechi means humour’) underline the stellar role that the one and only T P Kailasam played in his typically awesome style as a creative Kannada litterateur. His plays and poetry will live on forever.⊕

About Anuradha Srinivasan 3 Articles
The author has not yet added any personal or biographical info to her or his author profile.

Pasta or Pav bhaji? Roti or Ragi mudde? How Bengaluru’s schools and students deal with food

As children increasingly consume junk food, some Bengaluru schools have adopted strict policies to ensure that their students eat healthy. These schools’ policies range from providing food cooked at school itself, to replacing any junk food children bring from home

Bengaluru is losing all its iconic theatres to multiplexes

It is sad to see so many leading theatres which entertained lakhs of locals for decades are no longer functioning. Kalpana, Gita, Minerva and the like have vanished from the scene.