On 19 December Members of the Karnataka Raithara Mathu Vyaparigala Okoota (Karnataka Farmers and Traders Federation) staged a protest the government’s plan to build a commercial building in the santhe maidana (market) at KR Puram. The santhe maidana has a been a market place for years now. More than 3000 traders and farmers do their regular business in this market area. 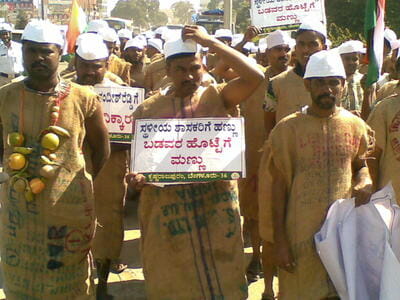 The members who were on a padayatra, were seen wearing outfits made of gunny bags. "This is something we sit on, use it as a blanket and even to pack our goods in," added Srinivas, explaining the significance of it.

Traders and farmers kept in the dark

The traders had heard rumours in November 2009, about the government’s plan to build a commercial building. On probing further, BBMP told them that a building for the purpose of government office space was in the planning and space would be provided in the lower floors for the market purpose. However, the members are very skeptical about it.

"Its all a trap to evacuate the traders and farmers and make way for stores like Big Bazaar or More, see what happened at Madivala with the Total Mall, same thing will happen here " says Yele Srinivas, Chief, Karnataka Farmers and Traders Federation. The Total Mall at Madivala was built in a market area.

"The construction of this commercial building can cause more than 2000 traders and 1000 farmers losing their employment. The BBMP is still not sure about it but we have got papers through RTI, which clearly says there is a commercial building coming up here and these people in the market are not even informed about it" says, Suresh Devakadashan, campaigner, FDI Watch (Foreign Direct Investment). 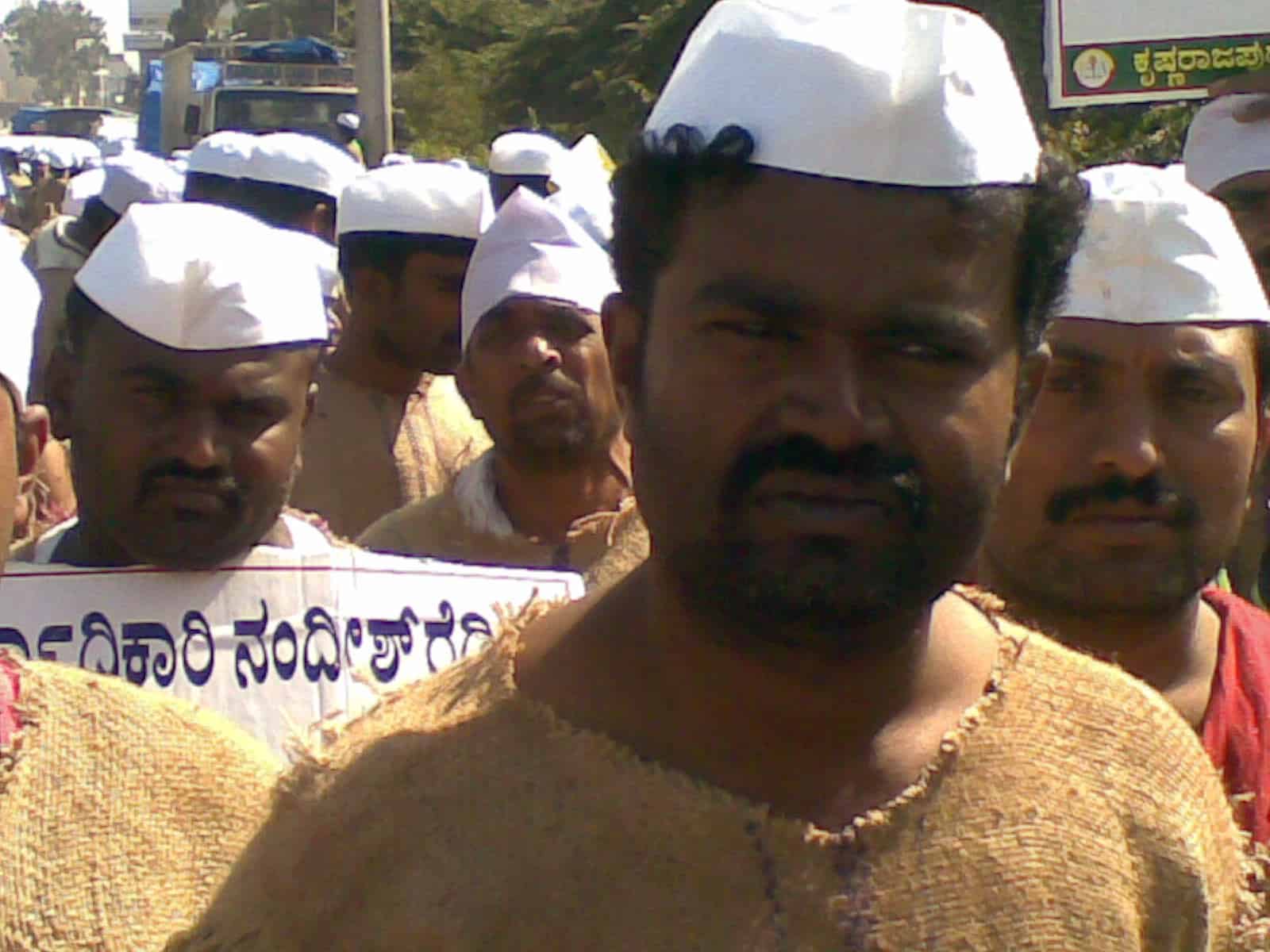 A memorandum has already been submitted to the Chief Minister, on 30 November. If there is no action to stall the building, the members are planning to sit on a hunger strike on MG Road, near Gandhi statue, on the 4 January.

The members had earlier appealed to the local MLA, Nandesh Reddy, in October 2010, and he had assured them that any plan that affects their daily business will not be implemented.

But the official papers have been moving to implement the project. Devaraj K N, Chief Joint Commissioner, BBMP, says, "the plan to build a mall has been approved and it has been passed on to BDA for the further processes like calling for tender."

However, BDA says the plan has not been completely approved yet, as there is an out-pour against the plan from farmers and traders. "Nothing is confirmed yet, there should be a survey done on the surroundings first," says an official from BDA, who did not wanted to be named. The BDA Executive Engineer, Ravi Narayan Reddy, who is in charge of this project, was unavailable for comment.

There is a different reality in the papers obtained through RTI. BDA has approved to take up construction of commercial building at K R Puram, santhe maidana in a joint venture with BBMP.

The approved plan consists of two basements along with 16th floors above it, for commercial use and parking space. BBMP has asked Nandesh Associates, a private builder to propose a plan and the plan is now under the Town Planning Department for approval.

However the traders and farmers have been told that there is a three-storey government office space coming up. They have not been officially notified to vacate the santhe maidana.