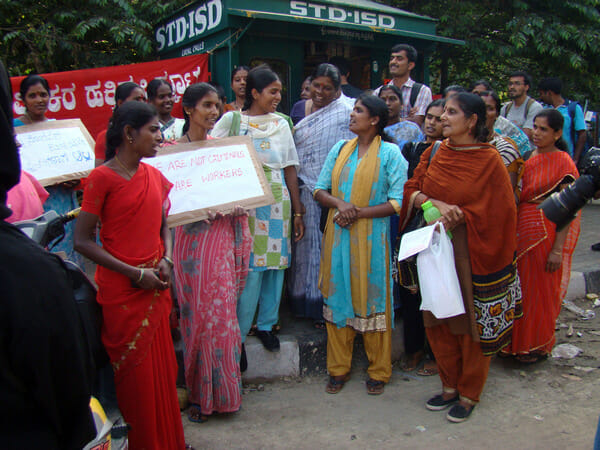 An appeal from DWRC

Dear Sir/Madam, We are working closely with the Labour Department and will be collecting the data to enrol workers for RSBY health insurance. Our organisation is also part of the National Advisory Committee (NAC) task force on domestic workers at the centre and working on the draft policy for domestic workers. We request concerned Resident Welfare Associations for support and give us permission to collect the details, fill up the forms for the RSBY scheme. We have to complete our process by December 31st.

The Rashtriya Swasthya Bima Yojana (RSBY), a health insurance scheme will bring health benefits to lakhs of domestic workers. RSBY has been launched by Ministry of Labour and Employment, Government of India to provide health insurance coverage for Below Poverty Line (BPL) families.

RSBY provides protection to BPL households from financial liabilities arising out of health shocks that involve hospitalisation. Beneficiaries under RSBY are entitled to hospitalisation coverage up to 30 thousand rupees. Coverage extends to five members of the family, which includes the head of household, spouse and up to three dependents. Beneficiaries need to pay only Rs 30/- as registration fee while Central and State Government pays the premium to the insurer selected by the State Government.

The state Labour Department is the nodal agency in Karnataka. The Domestic Workers Rights Collective (DWRC) is working with them to register workers for the scheme. DWRC is reaching out to all RWAs (especially those in apartments) for support.