The word Accident is derived from latin verb ‘accidere’ meaning fall upon, befall, happen, chance. Globally as well as in our country, it is construed as happening by chance, and there is not much that can be done about it. Contradictory, though it may sound most of the accidents can be prevented. Especially if one looks at some of the statistics around accidents, one wonders why efforts are not made on war footing. Sample these: 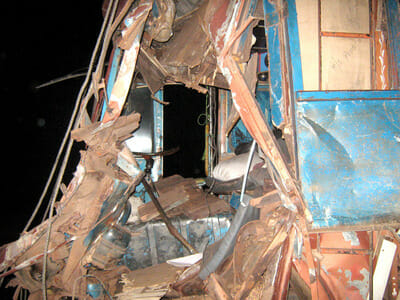 Globally 1.2 million people die due to Road traffic accidents (RTA) every year .In India every 1.9 minutes one person dies of trauma related death.About1.2 lakh people die in India due to RTA every year and most of them are pedestrian. Although, India has only 1 % of vehicles in world, it accounts for 6% of total RTA related deaths in world. The cost the taxpayers pay for these RTAs is a staggering Rs 550 Crores. As much as 15- 20 % of these accidents occur because of alcohol intoxication (Reference: Madan VS, Road Traffic Accidents: Emerging Epidemic, Indian Journal of Neurotrauma (IJNT1) 2006, Vol. 3, No. 1, pp. 1-3). Think before you hold the steering next time after a weekend party or celebrations.

The other important preventable causes are driver’s fatigue, bad roads, traffic indiscipline, teen driving, Rash and fast driving, and not observing precautions that can mitigate post accident damage. After a Swine Flu outbreak which caused fewer deaths all over the world than deaths caused by accidents in India alone, there was a panic and rush to buy masks to protect their life. HIV outbreak resulted in moves to use contraceptives for similar reasons.

However, no one buys a mask or contraceptive, and hangs it on his ears. Unfortunately, In India it is a very common for people to buy Helmets, and hang it on pillion seat, two wheeler handle, or sometimes even on rear view mirror, thus denying themselves another layer of protection.

It is imperative that we understand the gravity of situation, accept that accidents can be prevented and be disciplined to save our self, our children and fellow citizens.⊕

About Mukul Saxena 34 Articles
Col (Retd) Dr Mukul Saxena has over 30 years of cross-functional expertise in healthcare, both in public and private sectors.

Bring back the bins

Can’t someone design an indigenous trash bin, perhaps even one that will beep a loud message to passers by – to “put it in the bin” (in Kannada of course — thottiyalli haaki). How about it, lads?

An engineer shifts to running, lifts up underprivileged kids

Santhosh Padmanabhan wants to integrate running as an activity into schools for underprivileged children in Bengaluru. But he didn’t start off his career with this goal.

As plans are set in motion to ‘develop’ Mallathahalli Lake, a citizen shares stunning images of the biodiversity that is under threat here.