What if our children could cycle safely around the neighbourhood going to schools, classes and doing errands freely?

What if we had at least 25% of our office-going crowd ride comfortably from residence to offices thus reducing traffic, pollution and stress?

What if we could begin to get in touch with our neighbours, our neighbourhood, our city and its great weather.. and have fun while at it?

How would it be if we proved this concept here and then extended this to Bangalore and then India?

Over the last  six weeks we have made significant progress. A meeting with K Manjula, the dynamic Commissioner for the Department of Urban Land Transport (DULT) has fast tracked this project. 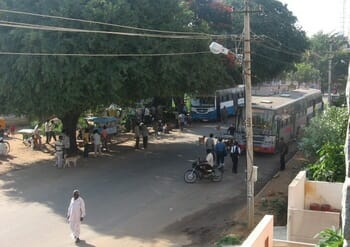 We have increased the scope of coverage from just the layout to large companies like Wipro who have been very supportive. This means that we have end-to-end connection which caters to the office crowd. Thus we are in a position to really guarantee substantial usage.

Children especially see this as a great opportunity as public parks seem to be restricted to children below six and adults who prefer walking!. Under the commissioner’s guidance, we did a detailed survey of HSR Layout last week with BBMP and DULT. Both agencies represented by a team of four senior officials were convinced by the potential in this relatively new layout and have also agreed to fast track this.

We expect the design Request for Proposal (RFP) details to come out this week. The government agencies have assured us of adequate funding and also want to have an integrated cycling path and footpath solution that transforms the non-motorized transport in the locality.

About Saju Joseph 1 Article
The author has not yet added any personal or biographical info to her or his author profile.

A day at Dastkar exhibition as a volunteer

Bengaluru has scores of volunteering opportunities, where anyone can participate, help and learn. Here’s an experience of a student who volunteered for a cloth exhibition by Dastkar.

The IRR line, if built, could achieve a 77% increase in Metro’s ridership. Bengaluru citizen Lohith Kumar proposes an efficient layout

The half-done Ejipura-Kendriya Sadan flyover can be left to rest. Let the trees run wild – maybe we will have our very own AngKor Wat within the city.