Rajee Shanker, a resident of Kalyan Nagar is troubled by falling leaves on all roads and empty sites, “For the past 5 months,  nobody has been entrusted with cleaning of roads and removal of leaves".

This is a common issue in all residential areas in the city especially the winter/post winter season. BBMP workers often burn the leaves, so their job becomes easier, inspite of the Commissioner’s order otherwise.

Responding to complaints of leaf burning in the Organic Terrace Gardening Forum, Bangalore’s composting evangelist Vani Murthy (who has documented her leaf composting process here) shared the contact details of the BBMP Commissioner’s office where such instances could be reported -“Please call the commissioner office 22237455/ 22221286 to check where the picture can be sent …his mailing ID is comm@bbmp.gov.in” 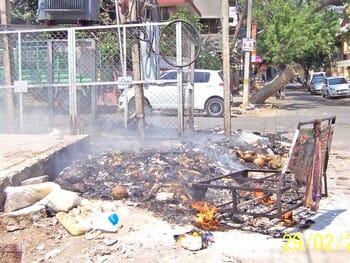 S Laxminarayan of the Garden City Farmers Trust was pleasantly surprised at the prompt response he received for his mail to comm@bbmp.gov.in assuring him that the respective BBMP office will be informed to act on this matter.

However K M Balakrishnan of Koramangala has had a different experience. After a positive response initially from the BBMP, he has found that the practice of burning garbage in his layout continues. 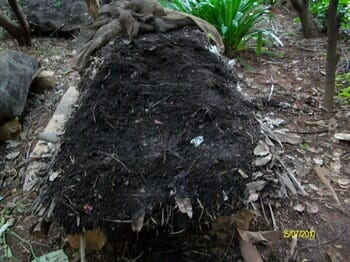 P S Ramanathan of Banashankari 2nd stage also wrote to the BBMP Commissioner’s office in response to a newspaper notice promising the public a reward for bringing such acts of leaf/garbage burning to the notice of the BBMP. However he has not received even an acknowledgement of his complaint/letter so far.

With the reality of inadequate space for individuals to compost large volumes, Laxminarayan recently suggested the possibility of community composting of dry leaves, in the online forum.

The idea met with keen enthusiasm and a lot of individuals readily volunteered to participate in such an initiative. Based on the positive response, Laxminarayan took the next logical step to find a suitable community space. He contacted the principal of Loyola College on Banerghatta Road who then approved of initiating this on their campus. 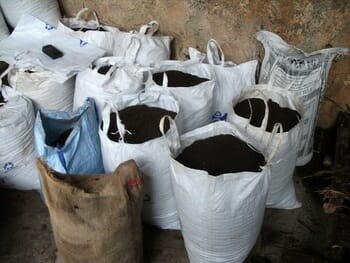 Laxminarayan also says, "Additionally, we can work with the eco club children out there (In Loyola) who already are maintaining a terrace garden. The place already has 3 pits suitable to get started with composting and vermi composting. …we might start this in a week or two".  So for those you who are also interested and live in or around Bannerghatta Road, you could get in touch with Laxminarayan at the online forum.

Meera Rajesh and her team from the National Games Village apartments (Tungabhadra block) has also been following leaf mulching at a community level for the last year. 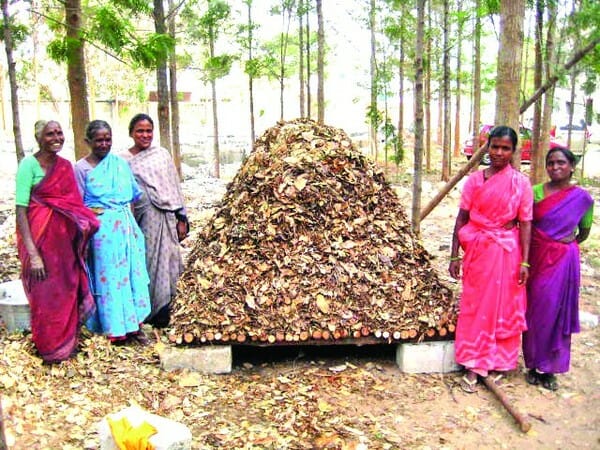 Workers with their pile of leaf litter that they are converting to mulch and compost. Pic courtesy: Meera Rajesh.

More recently a collaboration with another interesting project has introduced a whole new dimension to collecting and mulching dry leaves.

Balbir Bora, an engineer, is working towards mitigating climate change just by planting trees… Not one tree, but in few thousands involving the corporate world and the forest department. Bora has bought more than 4 tonnes of leaf mulch from Meera and composts them with cowdung to ensure better nutrition for the trees he and his volunteers plant! 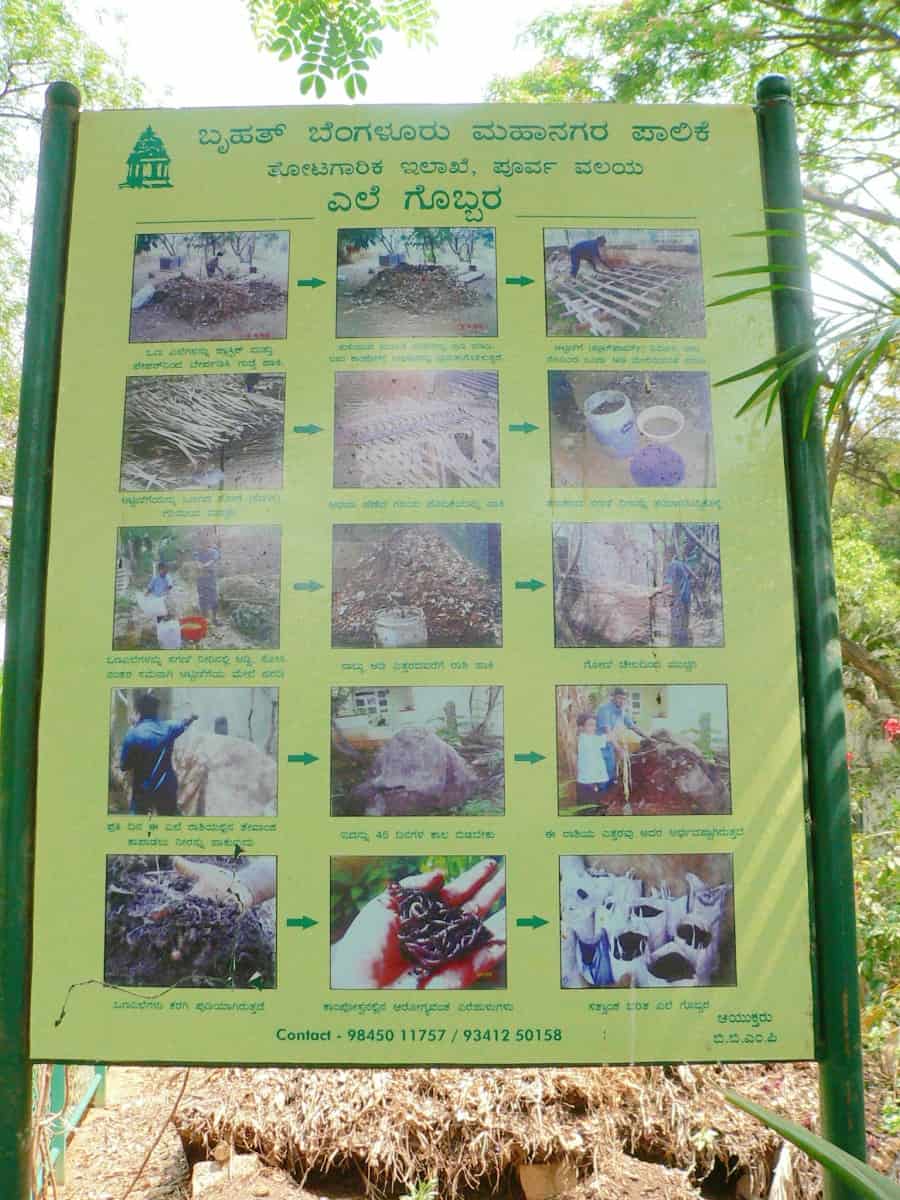 BBMP’s information board at Coles Park, on mulching and composting. Pic: Vinita.

It would be only fair to also mention here the efforts that the BBMP also seems to be making – atleast in a few places. Coles Park which I walk through almost everyday has been making leaf compost piles for a while now. More recently, however, they seem to want to share their effort and one can now find information boards dotting the entire park. Hopefully this will spread to other such public parks too.

Whichever method you choose, like Mayank Rungta, another green evangelist says, “leaves are NOT TO BE BURNT….the solution is to turn it into something valuable!”

The Nagavara edition of Cycle Day was organised in partnership with the university team from Presidency College. The team will continue to host the upcoming editions in February and March as well.

To reach beyond what we think is possible

Those of us among the minority of concerned citizens who despair over the state of the city’s affairs, let’s see how we can reach beyond what we think is possible.