For M Abdulla Saleem, his recent appointment as Additional Commissioner Police (Traffic) is a return to familiar turf. He succeeded Praveen Sood a few months ago. "I am basically a traffic man," proclaims Saleem and it is not without justifications. 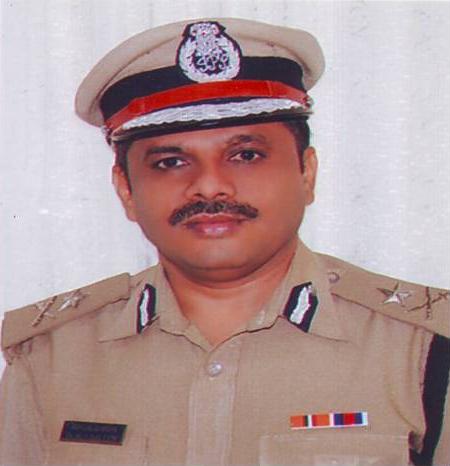 In an interview with Citizen Matters, Saleem speaks about the challenges that Bangalore Traffic Police, their initiatives and the upcoming Traffic Management Centre on Infantry Road.

As you take over as the Additional Commissioner of Police (Traffic), what do you see as the challenges before you?

(Smiles) You know very well how chaotic traffic is in the city. Managing it is a challenge by itself as there is a mismatch of capacity of the roads and volume of traffic. Over the last few years, there has been increase in the number of vehicles but there hasn’t been a proportional increase in roads. We are trying very hard to bridge the gap by effective traffic management.

What strategy will you adopt to deal with such challenges?

We have planned several initiatives that will be implemented in the next six months, that we think will be effective in solving many of the issues. (Hands over a document detailing their initiatives, the performance indicators and impact)

What are the specific spots in the city that you feel are the most problematic and take up a lot of your resources?

What are these circulation plans?

The plans include introducing and modifying some u-turns, right turns, one-ways and so on. These plans are implemented after considerable study of the traffic in the concerned area.

Are you heading towards traffic planning rather than just managing? Do you need more rights to do so?

We do have a say in planning only in the aspects of management of traffic and enforcement of rules and our recommendations on that have weightage. We come out with our own studies and recommendations for various projects that help in planning. We are on different committees including Agenda for Bengaluru Infrastructure and Development Task Force (ABIDe). We do not much of a say in other aspects as urban planning is not in our purview.

Are you planning to scale up the use of technology in traffic management?

Yes. We have a new state-of-the-art traffic management centre coming up on Infantry Road. The new TMC will have facilities like video walls where live traffic can be monitored. It has been under construction for a few years now and will be ready in a few months. We have 180 cameras at junctions currently. 500 hundred more will be installed by the Law and Order department and these cameras will also be linked to the TMC so it can be used for traffic management.

How about capacity building of the police? Has that been a concern?

Most policemen come with only Law and Order training. They are not trained in the subject of traffic management. The only know how to book cases. (Smiles) We are constructing a traffic institute near Nagavara. It will be operational by next year and all traffic policemen will be trained in aspects like traffic engineering, regulations etc. The institute has a capacity to train 200 policemen at a time.

We have tied up with Indian Institute of Job Training (IIJT) to provide soft skills training like etiquette, language, communication skills etc.

Your predecessor started a ‘Bangalore Traffic Police’ page on Facebook to connect with citizens? Do you see that as being effective?

Facebook is a good way to connect with citizens but it only caters to the tech-savvy. We also wanted to connect with others too and so we have started an initiative, "Citizens Traffic Forum’, where on the third Saturday of every month, citizens can meet their local traffic inspector at the police station and voice their concerns. We just had the first meeting on 15th October.

How was the response?

The response was very good. Many people came for the interaction. Apart from just receiving complaints in the forum, we will ask citizens to recommend solutions for some of the issues that we face in traffic management.

Conceptualisation, design and implementation of one corridor every month. The plans is said to improve traffic flow and road safety in every new circulation plan by 25%. Priority is for areas like Coffee Board Junction, the Army area in Ejipura to India Garage corridor, Madivala, Mysore Road etc.

Revive the old scheme in 16 schools by this year end and expansion to all important schools in the city in the next academic year 2012-13. The plan aims to improve traffic situation around schools by 50%. Plan is to also ensure a 20% shift from private transportation mode to public transportation mode. It also aims for 50% reduction on road accidents involving school children.

The campaign aims to spread awareness against drunken driving, not wearing seat belt, shrill horn, dazzling headlights, usage of mobile phones will be taken up once a fortnight. Also, revive the scheme of Students Association for Road Safety and Catch them young program through Traffic Warden organisation and Traffic Training Institute. A greater compliance for traffic rules and regulation is expected. 10% to 15% reduction in enforcement.

Creation of six additional traffic police station, three additional traffic ACP posts in the city and creation of new post of DCP Traffic (North). The proposals for these have been sent to the government and actual implementation is expected to be done by 30 September 2012.

They also plan to focus on technology driven enforcement by revamping of automation enforcement.⊕

Signal free corridors, internet access in buses is juxtaposed against longer routes and broken bus stands. The convenience of the minority is taking precedence over that of the aam admi in the city.

Who controls the parks in your layout?

Zoning rules say that 10–15% of land in layouts should be relinquished for parks that should open to the public. But are the residents happy about it? Is it being implemented uniformly across the city?