Global travel guide publisher Lonely Planet (LP), owned by the BBC, has listed Bengaluru third in the top 10 cities to visit in 2012. LP calls Bengaluru, ‘Capital of cool’ in the article "Lonely Planet’s Best in Travel: top cities for 2012", published on its website on 30th October.

Lonely Planet is one of the leading independent travel guide publishers founded in the late 1970s. Adopted initially by globe trotting backpackers and budget travellers, it now commands a broader following that includes well-heeled independent-minded travelers too. BBC Worldwide, the commercial arm of BBC UK bought a 75% stake in the company in 2011. LP’s guidebooks are typically published separately for each country, are a few 100 pages to a 1000 pages thick and usually cost around 20$ or Rs.1000.

In its top ten article, LP has called Bengaluru the "undisputed Elvis of South Asian megacities, in a class of its own when it comes to redefining flamboyance". Not surprisingly it’s Bengaluru’s nightlife that has attracted some of the attention. "Perpetually drunk on the good life, this South Indian metropolis packs in the best brews, the scrummiest cuisines, and the liveliest arts and music scene, not to mention the hippest population you could hang out with", says LP. This despite, Bengaluru’s longstanding battle with the 11pm curfew and the various bans on live performances. 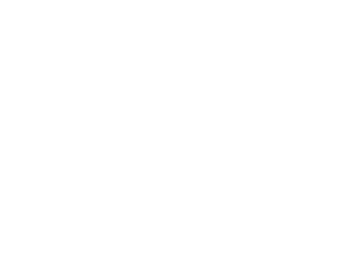 Still, it’s cover picture for Bengaluru in its photo gallery release along with the article is a vibrant take of flower sellers at the city’s K R Market. The market has always been photographers delight. Take a look at Bangalore Weekend Shoots on Flickr, the photo community website and you’ll see plenty of even better photographs of K R Market. Citizen Matters has run a number of these photographs too.

While LP’s article is a typically western-traveler’s take on a troubled city that has come apart at its seams with poor local governance, it will still reinstate Bangalore’s status as a growing tourist destination. If anything, rapid (and imbalanced) economic growth has expanded tourism opportunities for both domestic and international travelers. Within India, Bengaluru has also become a major gateway to south India and especially Karnataka.

The very recently inaugurated Namma Metro has also gotten the spotlight in LP’s top ten article. Travellers who regularly use Lonely Planet guides to Europe and Asia know that most European and even top Asian-cities have massive metro rail systems in place. "Bengaluru’s new high-speed Metro network now ensures that your favourite watering hole is easier to reach than ever" says LP.

This, even though the Metro has opened its phase 1 in a relatively tiny central-north-east corridor of Bengaluru between MG Road and Baiyappanahalli. That is still good news though, and LP ends its tribute to city with ‘Chillmaadi!’

LP says that it came to rank the 10 cities after "globe-trotting research and fierce debate". London was ranked first because it is to host the Olympics in 2012 and "a whole swath of the capital is being transformed in the process", says LP. Muscat was ranked second because of Oman substantive efforts to attract international visitors, "expanding everything from its museums to its resorts", says LP. Everything from cultural events, luxury accommodation and aquatic activities taking centre stage at Muscat says LP.

This week’s scan of Bangalore’s Kannada dailies includes reports on politicians violating rules on declaring their assets to BBMP elections and more.

Didn’t already catch a glimpse of Bengal in Bangalore during the Durga Puja? Here is how it feels like to be a part of the ‘Pujo’.

Malleshwaram learns to grow oota from their thota

The fourth edition of the event saw gardening enthusiasts lining up at the Bhoomika hall. Ragi was the star performer of the day.