JP Nagar resident M Srinath had relinquished his property in Jayanagar 8th block for Metro construction last year. The property was part of BDA layout, and was supposed to measure 1500 sq ft.

KIADB assured Srinath that he would compensation for the entire 1530 sq ft if he managed to get a letter from the BDA. "I do not plan to pursue it with BDA as it might take at least two years to get BDA’s approval. But the survey was useful; I would not have known of the actual area without it," says Srinath.

Like in this case, many properties in the city do not have records of accurate measurements. Disputes on extent and ownership of property are also common, sometimes with respect to BDA layouts too. 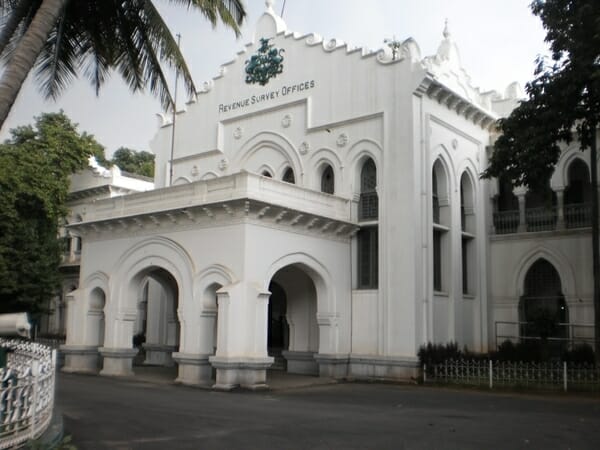 All this may change if the government implements its grand plan of surveying and creating records for all properties in Bengaluru. The project, called UPOR (Urban Property Ownership Records) is already being implemented in four other cities since January 2010. In Bangalore the project may start in the beginning of next year.

The city survey department ie. Department of Survey, Settlements and Land Records (SSLR) will be in charge of the project. SSLR is a state government department with its head office in KR Circle.

With the UPOR project, each property will be surveyed, property records verified and the owner will be issued a Property Records Card (PRC). PRC will assign a unique plot ID to each property. It will have details such as location of property, plot/building area, owner’s name, tenure/mortgage details, history of transactions and an overview map.

Unlike khata and sale deed – which are only documents of property tax and registration respectively – PRC will establish title to property, and hence is a more solid document. After this, all property transactions would be possible only on producing PRC.

Rajeev Chawla, Secretary (UPOR and Bhoomi project) at state government’s Revenue department, says that the government has agreed informally to start the project in BBMP limits. "Discussions have been going on. Formal communication is expected in 2-3 months," he says. Chawla was instrumental in implementing Bhoomi Project, which led to computerisation of Revenue (agricultural) land records across the state.

Records exist now, but only partly

The current records with SSLR are based on the survey done about 40 years ago, around 1970. Detailed maps and records of that time are available with the department, but these are only for the 125 sq km that the was area of Bangalore in the 70s. Current area of the city is around 740 sq km. "Property cards were issued at the time, and there are some citizens who still own and update these cards", says V Manjula, SSLR Commissioner. 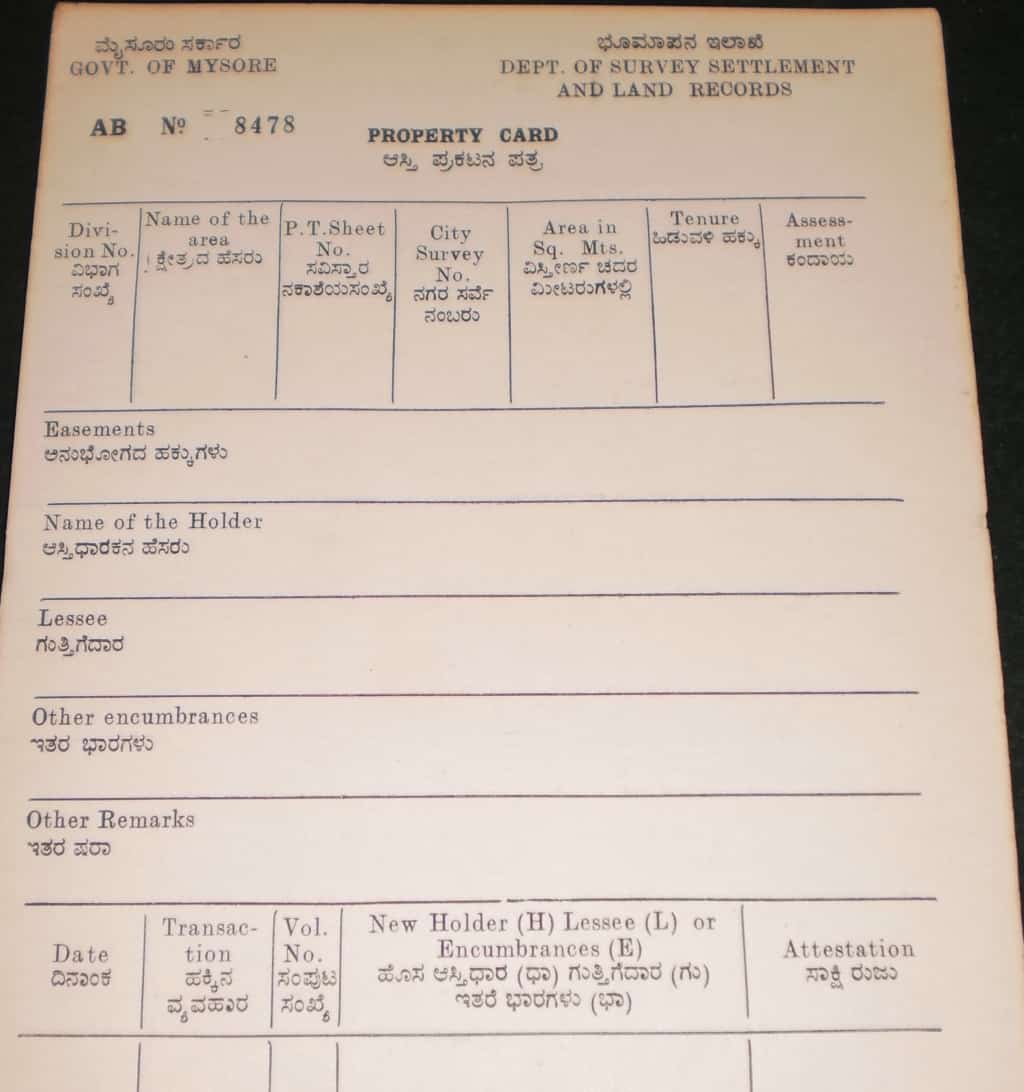 However, many long term residents in the city are unaware of the department or the cards issued. The department has not updated any of its data in tune with transactions that happened after the 70s. For instance, if BDA has acquired land in the 90s, the details will be only with the BDA and not with the survey department.

This is starkly different from the situation in many North Karnataka cities like Belgaum, Bellary, Gulbarga, Dharward etc. "There sub-registrars sends a notification for every transaction (called a J-slip) as and when it happens, to the survey department. In Bangalore we do get notifications sometimes, but the process is not streamlined," says Manjula.

In Bangalore the department is almost ignored by other agencies that are supposed to co-ordinate with it. A senior official at SSLR, on condition of anonymity, says that the department has already written to the Stamp and Registration department to send notifications henceforth.

"We go door-to-door to collect land ownership records. Revenue department is supposed to send us this data, but they have not been sending it. BBMP is supposed to ask citizens for property cards before they collect taxes, but this too has not been happening," he says.

Currently public and civic agencies approach SSLR mostly in case of land disputes only. "We get requests often. BBMP and BDA ask us to measure land in case of encroachments," Manjula says.

Pilot UPOR projects are going on in Mysore, Shimoga, Hubli-Dharwad and Bellary. In Mangalore the project kicked off, but was stalled recently due to problems with the private vendor; re-tendering will be done there soon. Seventy per cent of work in these five cities will be completed in the next six months, according to Chawla. These projects are already delayed due to shortage of surveyors in the department.

Though the private vendor is supposed to survey lands and collect property documents, the initial data will be with SSLR only. Surveyors at SSLR should give information on co-ordinates of properties for work to start; they will also verify the property documents before issuing property cards.

This shortage will be solved when SSLR recruits 1800 surveyors in December, says V Manjula, SSLR Commissioner.

What problems will UPOR fix?

The entire system of property registration and data maintenance is expected to change once the project is complete. Chawla says, "Sub-registrars will register transactions only after verifying property card. When the transaction is complete at the Stamp and Registration department, it will reflect in the records of SSLR instantly – the entire process will be automated and both departments will have data."

Major part of the project is expected to be complete in two years, and all properties may be covered in 3-4 years. "There are about 16 lakh properties in BBMP limits – as per our experience in other cities there may disputes on 30% of them. For the other 70% properties, cards will be given soon after the survey," says Chawla. Once the comprehensive survey is complete, data will be updated constantly by SSLR.

The project will be done in PPP basis at the cost of about Rs 40 crore, with state government contributing to a small part of the cost. The private vendor is expected to recover their investment through the fee collected from the issue of property cards to public.

Property owners can buy cards at Rs 400-500, but the amount will vary depending on the size of property. "We will cross-subsidise – for example houses in slums may be charged Rs 250 while high end ones may be charged Rs 600," says Chawla.

UPOR was suggested as a solution to government land encroachment in the June report of V Balasubramanian, Chairman of the Task Force for Protection of Government Lands. But Chawla says that preventing encroachment has the least priority for UPOR.

"UPOR is primarily to benefit individual property owners. Unauthorised (revenue) layouts will also get cards, but they will not be able to do any transaction on that property. Finally encroachments will also be recorded, but it will be up to the government to take action. We are only documenting the data," says Chawla. ⊕

Working mothers in the city do quite a tightrope walk, balancing PTA meetings and park visits in between managing their hectic work schedules and homes.

The state government and city traffic police have taken the first steps towards an upgraded traffic control room for Bangalore. Read more about the pronouncements.

Startup Saturday provides a monthly platform where local entrepreneurs, professionals and students can get together around engaging talks from veterans in the startup industry.