It was an evening that evoked an array of moods as versatile singer M D Pallavi performed at a musical fundraising dinner concert at Taj West End, Racecourse road. She sang compositions of famous poets like G P Rajaratnam, D V Gundappa, Shishunal Sharief, Da Ra Bendre and Chandrashekhar Kambar. The Music was composed by noted composers like Mysore Ananthaswamy and Kalinga Rao. 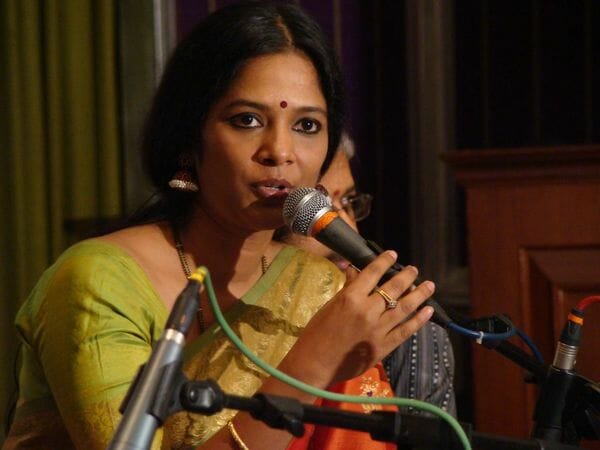 The concert was organized as part of ‘Joy of Giving Week’, from October 2nd to 8th, a national movement that hopes to engage Indians in “acts of giving”, be it money, time, skills, resources or just love. The event raised money for three city NGOs – Baale Mane (a home for girls), Association for promoting Social Action (APSA) and Rag-pickers Education and Development Scheme (REDS). The event was organized by Tuscany, an ice cream lounge in Jayanagar 9th Block and sponsored by Taj West End, Racecourse Road. Citizen Matters and Indian Stage were media and ticketing partners respectively.

Over 150 people, most of them in their thirties and forties, attended the concert, which began a few minutes past 7 pm. Pallavi sang 13 songs of varying emotional hues from the melancholic Bendre’s Naaku Tanti and K S Narasimhaswamy’s Deepavu Ninnade to the upbeat Kurigalu Saar Kurigalu, a satirical poem written by K Nisar Ahmed. She also sang Nodayya Kwate Lingave, from the Kannada film ‘Duniya’, which won her the State Karnataka State Film Awards for Best playback singer in 2007. 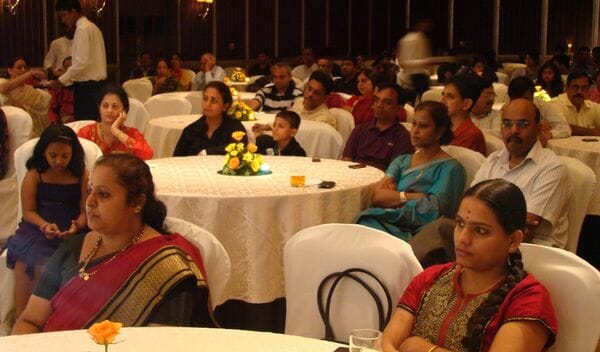 The singer was accompanied by Arun Kumar and Pradyumna Sorab on percussion, Krishna Udupa and Nagabhushan Udupa on keyboard.

Other pieces Pallavi sang included folks songs such as Kodagana Koli Nungitha by Shishunal Sharief, Karimayi by 2010 Jnanpith award winner, Chandrashekhar Kambar, sung in the rustic Kannada dialect of North Karnataka. Bhoomi Tabbid Modidhange, a poem, by G P Rajaratnam, describing the scenic beauty of mist settled on the hill station of Madikeri, written in the Malnad dialect, was another song that Pallavi sang.

M K Mohan, who runs Tuscany and organized the event said, “Tuscany was started with an intention of being a community place, this is an extension of its activities. We have been supporting ‘Baale Mane’ and this concert is another way to contribute to the organization.”

Sudha Cadabam, 45, a resident of JP Nagar, who had come with her family, said that she enjoyed the concert, particularly the rendition of D V Gundappa’s Manku Thimmana Kagga. “Since the concert is for a cause, it is more special. I wasn’t aware of ‘Joy of Giving Week’ but if there are more such events, I will definitely contribute to them,” she said.

The Kannada songs did not stop non-kannadigas from enjoying the concert. Fernando Poletti, 55, an Italian living in Bangalore for over 20 years, had come with his wife Indira Poletti. “I do not understand much of the language but the singer sang very well and I enjoyed the music. Since this was for a cause, I decided to come.”

At the annual meet of Bangalore-based Children’s Movement for Civic Awareness, school students were educated on various civic-friendly initiatives.