Jayanagar Samyukta Mandal (JSM), has been organising Garba/Dandiya nights for the last 11 years now. “It is specially meant for the Gujaratis, but everyone is welcome”, said Rajesh Parekh, 65, Secretary of JSM. 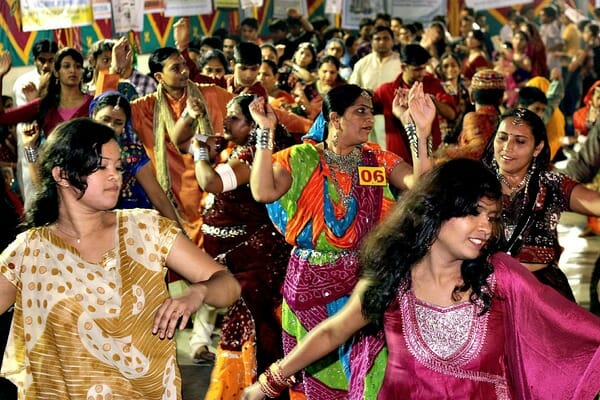 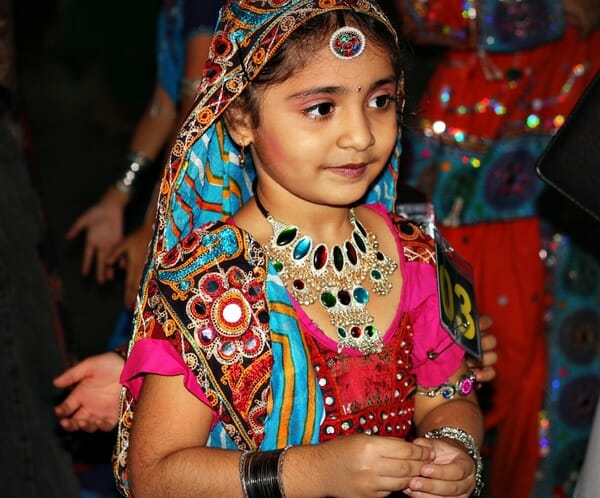 Am I the best dressed? Pic: Nagashree Gururaj, Shreyas Nag

“I have been dancing here for the last two years now, this is the only chance where I can wear my traditional attire and the music here automatically makes you groove”, said Khyati Shrujal, one of the participants.

People across age groups danced with the same élan – from tiny tots to the elderly. The orchestra team was specially flown in from Gujarat. 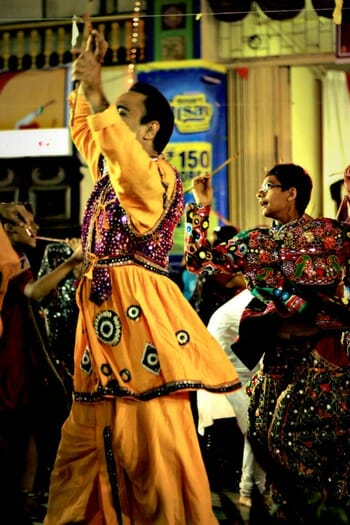 The dance is not just for entertainment, there is serious competition. “Kids are encouraged with free gifts and prizes, there is a prize allotted for every age group”, said Mayur Khakhar, one of the members of JSM. When asked about the difference between Garba and Dandiya he said Garba involves synchronous clapping of hands and tapping of feet and dandiya is played with colorfully decorated sticks. “The dance moves are a bit complex in Dandiya compared to Garba”, he explained.

Dandiya Raas is a traditional folk dance form of Vrindavan and is believed to date back to Krishna’s incarnation as a human being on earth. It is performed during Navarathri in honour of Goddess Durga. This dance form is actually the staging of a mock fight between the Goddess and Mahishasura.

About Nagashree Gururaj 8 Articles
I am a final year journalism student with a penchant for photography and writing. I live in Hanumanthanagar.

Life, after the expansion of Avenue road in the heart of Bengaluru, will never be the same again. Vivek Vaidyanathan writes and Deepa Mohan photo-documents a heritage walk down this well known road.

How to register to vote?

How do you get your name on the voter rolls? Which are the groups that can help you?