Kannada Actor Darshan’s act of domestic violence has been in the news for the past few days. Yes it has not been proven, yes his wife has taken back the case. But the fact is his wife is in a bad shape and is attending court cases with her hand in a cast.

The case is pending before the Magistrate. Initial Police inquiry suggests that he attacked her in a moving car. The driver said he didn’t see or hear anything because the partition is sound proof.

What would you have done had you witnessed this happening while you drove past it?

Would you have tried to stop it? Would you have reported it to the police or testified in court as a witness? Or would you have said it is a spat between a husband and wife and so I will not interfere? 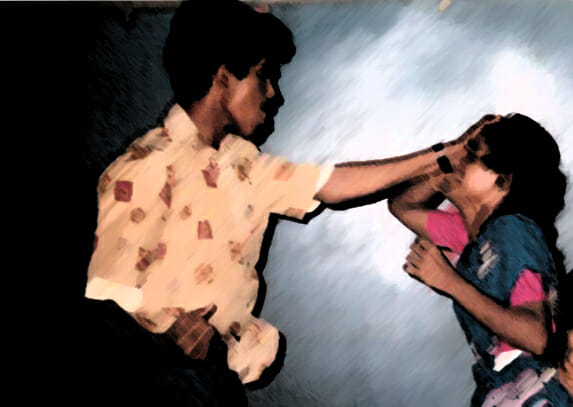 Would you step in if you hear screams of a woman from your neighbour’s house?

Is it still a private affair when there is violence involved?

Reports say in 2010 more than 2000 domestic violence cases were received in Bangalore alone under the Domestic violence Act. There might many more that have gone unreported. What does it say about the city’s people?

The people who are reading the news or watching this Darshan episode on TV are divided into two categories. Category one, that says why is it such a big deal that he beat up his wife? It must’ve been a spur of the moment thing, they’ll patch up. And the other category says he shouldn’t have done that, but take no action.

So that is how we view domestic violence. We either accept it as part of a marriage or condone it anyway by not taking any action.

Isn’t there are possibility of third category – the group that says domestic violence of any sort is not acceptable, even if it is just once?⊕

Spread over 30,000sq feet, has around it 500 varieties of plants. With temples, open yards and trees, it takes you to a place which seems to be away from the city.

In these 10 years, I’ve done my work neatly: BN Vijayakumar

BN Vijayakumar spoke about his work in Jayanagar constituency, the sad story of waste composting in Jayanagar, cycle lanes, public transport and more, in an interview done a week before he died.

An update on the underpass construction of JP Nagar Ring road, in South Bengaluru. Time passes but not the underpass.