Stonehill International School in Jalahobli, Bangalore North, has been ranked the best international school in Bangalore with a score of 4.30 out of 5, in a survey conducted by ThinkVidya.com, an online community of parents, students and schools.

The International School Bangalore (4.09), Sarjapur Road was ranked second, Trio World School (4.07), Sahakarnagar and Jain International Residential School, off Kanakapura Road, were jointly ranked third. Twenty-six International schools were shortlisted for ‘International Schools in Bangalore’, the first time such an independent survey was being conducted in the city. Nearly 200 individuals filed responses to the survey.

The report noted that there wasn’t any one school that topped in all the criteria’s, different schools topped in different parameters of the survey. Legacy School on Hennur Bagalur Road ranked highest in overall child development and Primus Public School Sarjapur was ranked first for value for money. Stonehill International ranked first in infrastructure and facilities, Trio World ranked first in safety, security and overall satisfaction. Jain International topped in quality of education.

The online survey was conducted between 12th April and June 30th, 2011 and to encourage participation an Apple I pad 2 was offered as a prize to one of the participants of the survey. 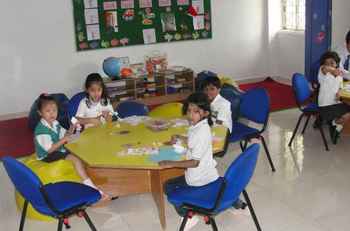 The survey report is meant to be a guide for expatriate and Indian parents looking to enroll their children in a school with international curriculum in Bangalore. "The influx of NRIs and expats has propelled the demand for International schools in Bangalore”, says Santosh Kevlani, co-founder, ThinkVidya.com.

Thinkvidya.com co-founder Rakesh Kalra says that there is sheer lack of clarity on the quality of International schools in Bangalore. “Almost all the information available in public space was flowing from the schools themselves and a neutral perspective was completely missing. After we announced the survey, we were encouraged by the response from parents and teachers willing to share their inputs”, says Kalra. He adds that a number of parents are waiting for this report to come out.

The survey evaluated schools across six parameters and each parameter, had a subset of categories for secondary research and evaluation.

Weightage of each category for calculating overall ranking 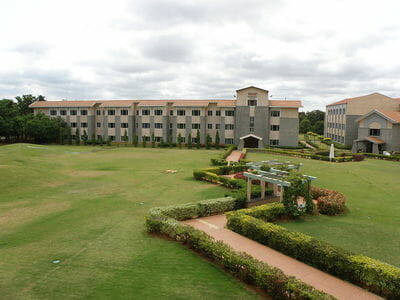 Although the overall response for some of the International schools was good, the expats community feedback was rather lukewarm says Kevlani. Expats who have recently migrated to India felt the schools need more than just cosmetic changes to be called a truly world class international school. He points out “They seek the change in the mind-set of school management as well as teaching staff of these International schools."

The survey was answered mostly by parents and a few teachers of the international schools, says Kalra. The parents consisted of expats, NRI’s and high net-worth individuals living in Bangalore.

While the supply chain of several commodities have been disrupted following the lockdown to prevent the spread of Covid-19, milk supply in the city is able to carry on almost unaffected and with minimal operational challenges. The dairy sector’s managers say that losses, if any, are marginal and can be recovered in the post-lockdown period.

A step-by-step guide on how to pay your property tax, from the comfort of your home.