Nrityantar is holding its second Odissi festival Naman 2011 on July 31st, 5.30 pm at Seva Sadan, Malleshwaram. This is the second year of the festival. Nrityantar headed by Madhulita Mohapatra organises Odissi dance classes and lecture demonstration and dance performances. 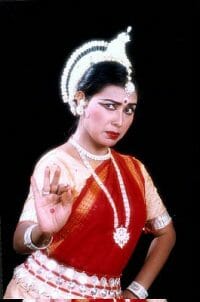 This year’s festival is dedicated to the memory of odissi guru Gangadhar Pradhan (1948-2010), who passed away last year. His disciple Aruna Mohanty will enthrall the audience with her recital on the 31st. The event will also have a performance by Rajashri Praharaj along with young artiste Debashish Patnaik from Orissa.

Guru Pradhan was an odissi exponent and teacher who had a vision about furthering Odissi. He founded the Odissi Nritya mandap in Puri. He had also organised several dance festivals. Guru Gangadhar Pradhan was awarded the Sangeet Natak Akademi award in 1998 and the Padma Shri in 2008.

Aruna Mohanty is a senior disciple of Guru Gangadhar. She also received training from Kelucharan Mohapatra. She performs as a soloist with excellent techniques that will keep the audience engaged.

Rajashri Praharaj is an artist from the Guru Kelucharan Mohapatra Gharana of Odissi. She is an artist who has performed widely as a soloist in India and internationally. She also teaches Odissi along with performing and is a dedicated Odissi danseuse.

Debasish Pattnaik the young Odissi artiste from Orissa will be performing. A Post graduate diploma holder in computer application and M.A in (Dance), he is pursuing his passion for Odissi for the last 18 years, having learnt under the late Guru Shri Kashinatha Roul.

Photos and matter from ‘The Odissi Profiles’ and ‘Deb Nrutyam‘.

Death is an everyday reality for pedestrians on Bellandur ORR. Sanjay’s was not the first fatality. Can he be the last?

S Muniraju is a two-term MLA from Dasarahalli. He won his seat in 2013 with high margin of almost 22 thousand votes. Muniraju states he started his political career as labour leader  from 1976 before

The Nagavara edition of Cycle Day was organised in partnership with the university team from Presidency College. The team will continue to host the upcoming editions in February and March as well.