Property values in the city are set to rise with hike in guidance value. Guidance values are expected to go up by 30-100% this year (minimum of 30% within core areas and maximum of 100% in outskirts); rates would go up by more than 200% in outer areas like those near Peripheral Ring Road, since the market rates here have rocketed since the last revision. The previous hikes were in 2007, 2005, 2004 and 2002. During the 2007 hike, the value of residential, commercial and industrial properties were hiked by 50%, 60% and 25% on average.

Officials at the Department of Stamp and Registration say that the hike will be gazetted next week. Once gazetted, it will be available in the 42 sub-registrar offices in the city. Public are given 15 days to file their objections on the proposed revisions. After this, the new values will be finalised.

The final rates are decided by the Central Valuation Committee (CVC), which functions under the Department of Stamp and Registration. CVC includes top officials from government departments, and representatives from FKCCI (Federation of Karnataka Chambers of Commerce and Industry), NGOs, Karnataka Apartments and Owners Association, Karnataka Land Developers Association etc. Chairman of the Committee is B Shivappa, Inspector General at the Stamps and Registration department. 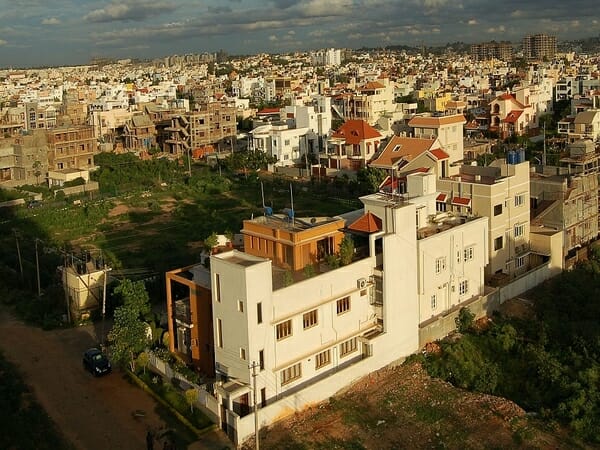 Shivappa explained that the percentage of hike would be high this time as the guidance value rates have remained the same since 2007 and that the gap between guidance and market rates were too high. "The hikes are supposed to be done annually, but due to the last market crash it was postponed. According to rules, guidance value should be on par with market value, so we try to catch up with it, with the information we have. It would help control unaccounted money and generate more revenue," he says.

Though guidance value hike is supposed to bring down black money generation, realtors say that increasing the rates would not decrease unaccounted money, but would only increase revenue for government. Often showing a smaller amount as sale consideration (sale price as shown in documents) is beneficial both for buyers and sellers, as taxes have to be paid only on the amount shown and not the actual price. Hiking guidance values will not bridge the gap, but will only generate additional revenue for government, say realtors.

Stamp duty and registration chargers are paid by the buyer. Currently stamp duty is around 6% and registration charge is 1% of the sale consideration. The seller, on the other hand, has to pay 34% of his profit (ie., the amount after deducting guidance value, taxes etc from the sale consideration), as capital gains tax to the Income Tax department of the central government.

The best way to keep the percentage of unaccounted money low is to reduce stamp duty and capital gains tax says Ajit Prakash, Managing Director and CEO at realty firm Sana Group.
"When guidance value is increased, market rates may not go up immediately in the same proportion, so the gap between the two may reduce to a small extent. But if stamp duty and capital gains tax is brought down by 50%, it will considerably bring down unaccounted money (as there would be no need to show a lower sale consideration to evade taxes)" says Prakash.

Shivappa says that there is a proposal to start a cell that would track market rates. "Currently there is no mechanism to track actual rates and no manpower to collect this data. Probably this year we will introduce the cell, which will conduct field studies and analysis to determine market prices. Such a cell is already functioning in Maharashtra." The cell would comprise engineers, town planners, statisticians etc and will be monitored by officials from Stamp and Registration department.

Guidance value hike will be affected in the five revenue districts in BBMP limits – Jayanagar, Gandhinagar, Rajajinagar, Shivajinagar and Basavangudi. There are 42 sub-registrar offices combined, under all of them.

Builders are not very happy about the hike since they fear that rise in property prices will cause a market crash. Santosh Bhurani, Managing Director at Bhurani Real Estate agency, says, "Majority of builders are unhappy about the hikes as it would push up prices and will affect sales. Sales have not yet caught up to 2007 levels. But about 25% are major builders who are doing well and are not complaining."

Shivappa says that there has been no opposition against the proposed hike, but Bangalore is a more sensitive zone for the department as highest revenues come from here. Last year one-fifth of property registrations in the state occured in Bangalore, but these transactions alone accounted for 70% of the department’s total revenue from the state.

Of the 12.04 lakh properties registered in the state last year, 2.35 lakh were from Bangalore. While the total revenue from state was Rs 3795 cr, that from Bangalore was  Rs 2584 cr.

Prospective sellers, meanwhile, say that guidance value hikes are not a consideration while selling their property. A seller listed as Rao from Marthahalli, in property listing website MagicBricks.com says, "No one knows about when or how the hikes will come about, so I don’t think anyone will wait for that to sell their property. Also, hike in market rates will be driven by the big builders, smaller developers may suffer losses. Big builders can transfer cost to clients saying that rates have gone up, but smaller ones may have to absorb the costs."

Another prospective seller, on condition of anonymity, says, "All my transactions are in white, so the hike will not have any affect."⊕

A student facing board exams, a professional working with impossible deadlines or a homemaker in-charge of the household well being, everyone needs a bit of help in handling stress. NIMHANS now provides counselling in your neighbourhood.

The Commissioner of BMLTA requests public comments on the proposed Bus Rapid Transport system for Bengaluru. Please comment on the article.

Bengaluru, get on to the voter’s roll this month

Have you just turned 18? Was your name left out in the last electoral roll? Here are the details on how to get on to the voter’s roll.