With increasing opportunities and demands in the market, youngsters in the city are constantly updating themselves with knowledge in new domains. While for some this is a way to move into a new field, for others it is to enhance their career or simply add more value to their resume. 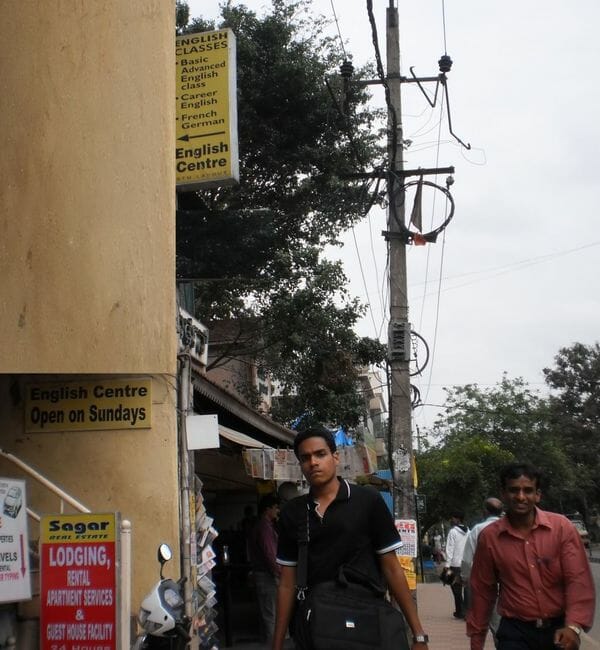 Youth enroll in short term courses to improve chances or being recruited or to enhance their careers. Pic: Navya P K

Rashmi is one month into her two-and-half month technical writing course in Black and White Tech Writing Solutions, Rajaji Nagar. Rashmi is already attending interviews and looking out for jobs. "Once into technical writing, I plan to continue in that field without taking any breaks," she says.

For 32-year-old Smitha Abraham, residing in Jeevan Bheema Nagar, career enhancement in her field is the priority. A Copy Editor at a publishing firm, Smitha enrolled in a diploma course in Spanish language at the Instituto Hispania in Richmond Road about two years ago. "I was interested in jobs in translation. The diploma has six levels, of which I have completed four," she says. As the course became more hectic, Smitha has put the course on hold now, but plans to get an IELTS (International English Language Testing System) certification. (jointly owned by British Council, IDP Education and Cambridge ESOL examinations.)

Though IELTS is usually taken up by those who wish to pursue studies or work abroad, Smitha plans to get the certificate for the value it gives. "Those with IELTS certificates are given preference in my industry during recruitment," she says. This interest in improving core skills is common among youngsters today, says Dattaram Miruke, Director at SSI BIZ solutions, based in JP Nagar 2nd phase which provides training to career aspirants in the IT sector.

But core skill improvement is not the only pursuit that is drawing Bengaluru’s young. Many fresh graduates enroll in soft skill courses also to increase their chances of being recruited. "Among soft skill courses, project and people management, communication and technology are more popular," says Miruke.

As more commerce is done over the internet, cloud computing and security skills are also becoming popular, says Suresh Nagarajan, Founder of ASPIQ training centre. ASPIQ offers training in office voice communication, data base management and animation. "To get trained according to the needs of the market would be difficult unless industry leaders talk about what specific skills they would be looking for within a few years. Professionals should keep updating themselves as their skills would keep going out of fashion," says Nagarajan.

Bhagyajyothi Piddanagoudaru, 29, had completed her MBA from Gulbarga University in 2008, but could not find jobs due to poor communication skills. "I worked as Trainee for a year at VRL Logistics in Hubli. I had studied in Kannada medium schools and was not confident about speaking in English," she says.

Hari Krishnan, Director at the education service company People Care Business Solutions, says, "Youngsters need to see the big picture and move beyond hard and soft skills. Earlier students would finish college, train in soft skills and get a job. But the industry has changed now and it demands a good understanding of work environment – including understanding their employer, client, team dynamics and professional behaviour." Hari Krishnan says that the gap in middle level management is a reason for this shift in the industry. "Many employees do not have the skills to enter middle level even after a few years of experience, causing a crisis in the industry," he says.

Ultimately, most city training institutes are stepping in where college education ends. Miruke says that youngsters are left on their own to fill the gap between academic and professional worlds. He points out that at least some students are already capable and steer themselves well.  "Many are proactive in managing their knowledge portfolio and career, due to easy access to information, and career development institutes help," says Miruke.

But short term courses have their disadvantages too. Many institutes which offer placements with high salaries do not do so in the end.  Shyama N, a resident of Madiwala, had enrolled in a 6-month course in NIIT after completing B.Tech in Electronic Engineering. "I was not interested in electronics and wanted to work in software development. The NIIT course covered basics in six computer languages.
They also promised full placement with high salaries in MNCs. But during interviews, most offers were in technical support at low salaries. So most of us found jobs through agencies and walk-in interviews," she says.

After working as software developer for an IT company for over a year, Shyama took a two-month technical writing course and now works as a Technical Writer. "I was interested in technical writing earlier too, but there were not many opportunities in the field during recession. Also I needed to do a course in it or have work experience before I moved into technical writing," she says.

So while Bangalore new-age job market has become deep, specialised and demanding, it is opening up more opportunities. There is always an option for job-seekers to pursue what appeals to them.⊕

This week’s scan of Bangalore’s Kannada dailies includes reports on the Vidhana Soudha being short of security personnel and Bangalore’s population exceeding one crore within a couple of years!

The book is an autobiography of Shri Radhanath Swami (born Richard Slavin, near Chicago, USA) who, at the age of 19 left his home in the quest of spiritual truth.

What was thought to be an encroachment was found to be a legally allotted plot. The curious case of missing 6th cross.