An exhibition of artist Dr M S Murthy’s work was held at ISRO layout on 11th and 12th June. The venue interestingly was not a gallery but a home, belonging to Satya Prakash Varanashi , a very well known architect. The two-day exhibition was part of INTACH Art Reach, first hosted in 2005.

Art Reach aims to take art to the people even if they don’t go to galleries. The exhibition was inaugurated by art connoisseur D K Chowta, Dr C S Vishwanatha (Chairperson, Task Force for Quality Control, Govt of Karnataka) and the artist M S Murthy himself. The event was a success with close to 13 paintings from the Rs. 10,000 range being sold and about three from the Rs. 30,000 range. A part of the proceeds will be used to fund INTACH Bangalore’s activities. 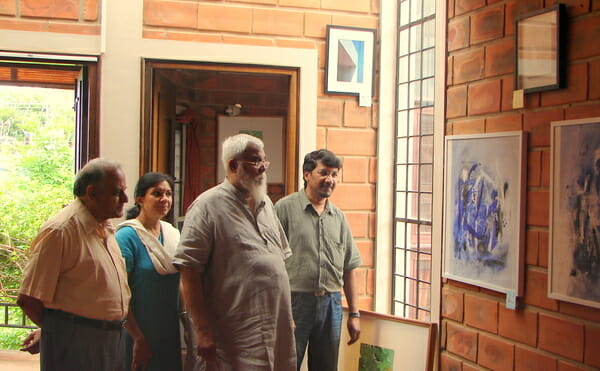 Murthy explains his work as the chief guests take a look at his art work along with hostess, Vishala Varanashi. Pic: Smit Zaveri

Murthy, artist, muralist, sculptor and author, has been working in the field of art for the past 30 years. He won the Rajyotsava award in 2010. He currently lives in Bangalore at his studio "Bhoomi" on Kanakapura road. Citizen Matters caught up with the artist.

You have done your research on child art. What exactly is child art?

What ever a child is feeling- his experiences, emotions- in the first few years of his life, he tells it to us using a visual medium of image. Parents and teachers should understand the child’s mind. What the child is feeling, reacting, rejecting and accepting. Depending on that, the parent should give the child the right atmosphere. Instead of forcing the child to follow our instructions, we should understand the child’s capacity.

So are you still working on this project of child art?

I have a child art foundation in my studio, where we conduct workshops for parents and NGOs. I don’t want to teach alone. So I teach my methodologies to understand the child’s mind through the visual form to others. We are also planning to open a child art gallery where anybody can come and see their art and understand the child’s mind as this is a neglected subject. 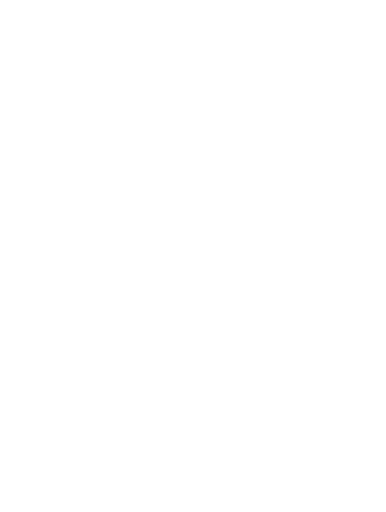 One of the paintings on display. Pic: Smit Zaveri

Your work shows a lot of different styles, from acrylic to pen and you also have murals and sculptures. How did you diversify from watercolours and experiment with styles? Did you have a guru to guide you?

I finished college in ’81. There they had a conventional method of teaching- drawing, painting, copying something. But after that, I started traveling around India, I met other artists, read about art. Many of them made me want to experiment. I got inspired to make murals through the Ajanta and Ellora caves. My style also depends on the art lovers. Some people gave me assignments. So I continued with them even further and every year I developed my skill, concept and content.

I believe that I learn everyday. I learn from the process and the performance. After I sign a painting, I don’t bother about it. I don’t look at it and say how beautiful it is. My profit is when I am doing my work. It’s a great experience. That’s something I don’t want to lose. Being an artist gives me freedom. I need that freedom.

You said that you need freedom. Is that what you are trying to portray through the concepts of your paintings which as you say are time and space?

No, not really. At first I used to work on drawings and realistic figures. Then I started working on subjects like women, face and the concept of doors which are complex. I liked the concept of Buddha. That’s when I started on "Buddha- the light". I concentrated not on Buddhism but on Buddha. I tried to capture the inner Buddha in us. It made me understand a lot. People started copying this concept so I shifted to silence.

You are born and brought up in Bangalore. So would you say that Bangalore is a form of inspiration to you? What does Bangalore mean to you?

Bangalore was a village according to my knowledge and today it has grown into a modern city. But the heritage and tradition is still there. It has a pucca realistic modern Indian personality. And I can relate that to myself. The colourfulness, tradition, haphazardness and modernity makes it a personality. It is a very fertile and alive city and I am proud of being a Bangalorean.

Is enough being done to cater local talent in the city because some say that the art scene in Bangalore is dying?

No, art isn’t dying here. I have been alive here for the past 30 years. I don’t have any other work. Whether I sell or don’t sell, I have never had to do any other work for my living. I have never pushed my work. I never forced anyone to buy my art. People should come see my work. I want art lovers and not art buyers. If they like it, they will buy it.

You have a permanent collection in NGMA Delhi. What do you think about the NGMA in Bangalore?

It’s ok. It started recenlty. The last time I was at NGMA, there was a huge controversy when a minister said something about modern art that wasn’t so nice. I told him not to comment about it. Being an artist, I would suggest that the modern art gallery of Bangalore should give more space to local artists and talent. It is very important. It’s no use if Mumbai, Delhi, Kolkata and Bangalore are the same. You should have some space for yourself in your own house you know. Not a lot, but at least a little bit of comfort in your own house.

You have sold paintings in India and abroad as well. Would you say that there is a difference between how people in India view art when compared to art outside?

Art is mostly universal. The thing is in India most of the artists touch heritage, emotions and nativity. But the western people are strongly philosophical. They are more symbolic. They moved on from gods and goddesses and Christ to contemporary art. It’s more about life now. Indians have a simple style, while outside it is very bold.

Is it tough for common people to understand your art, which is modern art?

No, I have created my art lovers. It’s a journey from here to there and I am with them every step. I have a close relation with them. I am not just selling art. It’s not a product but a creation.

If you had to term it, what kind of artist would you call yourself?

Stations construction is slated for January-February 2009. Smart cards are planned, stations will be disabled-friendly. Reach 1 will be operational by December 2010, the latest estimate.

Exam time is stressful period for all involved. But adolescents and teenagers, especially girls are taking to end their lives in the face of failure. Why is it so hard to get past academic failures?