Colville’s Glory is one of the many picture perfect trees in Lalbagh. The tree is named after Sir Charles Colville who was Army Commander-in-chief in Bombay from 1819 to 1825 and subsequently Governor of Mauritius from 1828 to 1834. 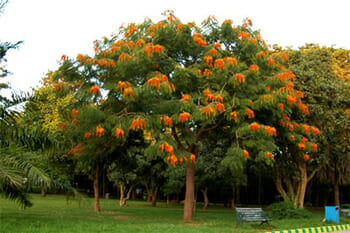 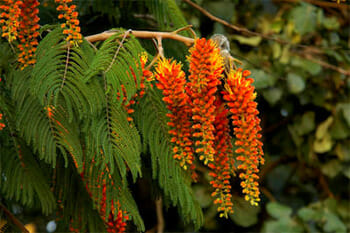 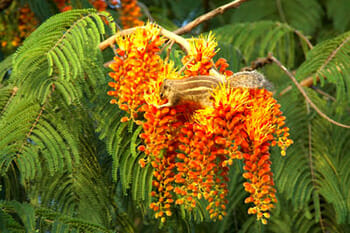 Bojer, an Austrian Botanist, first found a single cultivated tree in 1824 in Madagascar when he mounted a specimen collecting expedition from Mauritius. Further, he described, in 1829, the flamboyant (Delonix regia or Gulmohur) which also he found in Madagascar.

Eight of the ten known species of Baobabs also come from Madagascar. It was from Mauritius that Colville’s Glory and the Gulmohar were disseminated worldwide, including India. (Source: Vijay Thiruvadi.)

Jarul (Pride of India) is named after Magnus Lagerstroem, a Swedish merchant who funneled specimens from the East to Linnaeus in Europe. This tree is found across the Indian subcontinent in the Western Ghats, Bengal, Bangladesh, Assam, Myanmar and Sri Lanka. (Source: Vijay Thiruvadi.) 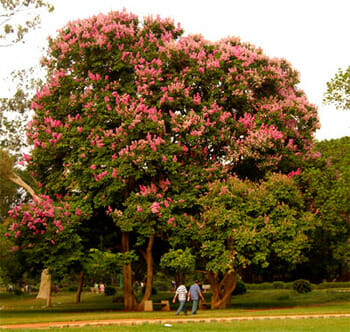 The Pride of India Pic: MS. 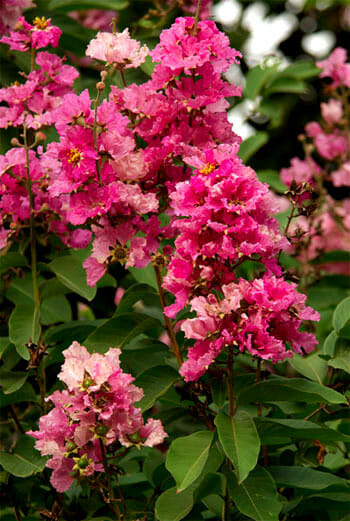 A few more flowering trees: the Brownea tree, and the Candle tree. 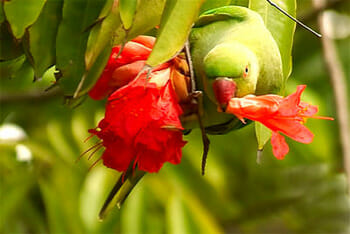 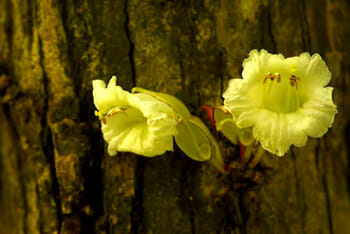 About Mahesh Srinivas 2 Articles
The author has not yet added any personal or biographical info to her or his author profile.

Notices dated 25 March were served to the residents on 5 August. When the residents questioned road-widening, BBMP clerk said: “So what? I don’t even own a home!”

BMTC cuts Volvo deal for IT majors on ORR

This week, another attempt to get well-heeled infotech sector commuters to drop their vehicles and use buses began. BMTC and the Outer Ring Road Companies Association put this together.

His 40-km commute to work every day spurred Sankaran to reflect on the mobility crises in cities. As the Bicycle Mayor, he hopes to liaison with various agencies in Bengaluru for interventions that help cycling infrastructure.