I have lived in Bangalore for most of my life. But if you quiz me on anything related to Fraser Town or Cox Town, I would go blank. And yet Bangalore is my home. Home to me was speaking in Kannada, eating South Indian food and visiting the temples (on the eve of exams). And Cantonment? It was as alien to me as London or New York was.

The only parts of Cantonment (also called Cantt) area where people from the pete (city) went to were M G Road and Brigade Road. We went to watch English movies at Rex or Plaza and the boys frequented the pubs or restaurants there for some ‘fancy food’ and beer. The other cantt area we knew was Commercial Street – a haven for shopping and perhaps a cheaper alternative to Brigade Road. I, and pretty much everyone else who lived in the non-Cantonment area were blissfully unaware of Cantonment, its history and what happens there. 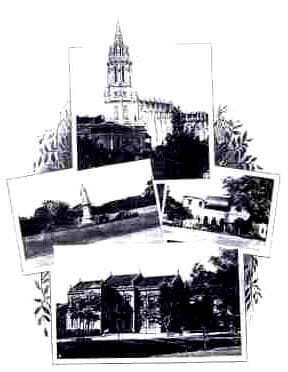 Somerset Playne, in his excellent compilation titled Southern India, reveals that Cantonment was actually named ‘Civil and Military (C&M) Station’. He speaks of the Station covering an area of twelve and a half square miles established by the British Military Garrison and describes in detail not only the people living there but also the infrastructure, economy and commerce of his time. A file photo of the large bungalow with verdant gardens of the Resident is a far cry from the rush hour Residency Road which we see today.

Peter Colaco’s ‘Bangalore’ is a contemporary masterpiece on Bangalore’s history, with the tale of two distinct areas within Bangalore – the city and the cantonment area – vividly described. He talks about the toll which was charged for people from the city to enter Cantt, and vice versa. Though the toll is long gone, the diverse cultures perhaps still persist to this day.

I guess, like me, pretty much everyone has been to the Parade Area and the Bazaar. I was curious about the suburbs. How homely are they? Are there any spacious bungalows built by the British left anymore? Do people in these areas go only to MG Road to hang out? Are these suburbs still as alien to me as it was many years back? 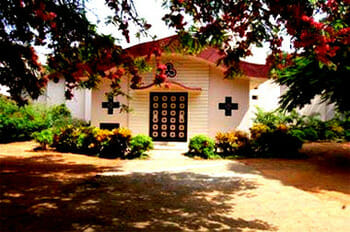 Lorna Raymond from Benson Town, a veteran professor at Mount Carmel declares that the military is the core of Cantonment. She still lives in a spacious bungalow built by her father, an Army Colonel. The Cantonment then comprised of the Land Army, the Railways and Jakkur Airforce Unit. The Cantt area grew around the garrison as the officers had to be housed and serviced. Since the Madras regiment was stationed here, we finds a lot of Tamil speaking people in the Cantt area. Schools like the St Germains and St Josephs and Churches like St Marks (Protestant) and St Francis Xavier (Catholic) came up due to the large European and Christian population in this area.

Raymond grew nostalgic about the largely pedestrian roads in those days and her cycling trips to Parade Road (now called MG Road). She recalled that even in the fifties, land was sold in Whitefield at 50 paise per sq ft and adds jovially that if her father had acquired some land, she could have retired long back. So does she like the Cantt of today? Her answer is a mixed one. She liked the open spaces and architecture of the past. “Now it’s all concrete”, she fumed, “but the people are more open-minded now. Way back, it was taboo for a pete girl to visit the Cantonment.”

Bangalore has always been a reputed sporting centre. Cricket, golf, polo and horse racing have been popular here, and the sporting club culture has been very strong, especially in the Cantt area. Carlton Saldanha, famous ex-Ranji Cricketer was a product of one of the oldest cricket clubs, BUCC (Bangalore United Cricket Club) and lived in Richmond Town.

In those days, Richmond Town was full of Anglo Indians and the sports were given high prominence in its schools. Carlton recalls playing in the Mud Tank (now hockey stadium) in his younger days and playing for his school, St Josephs, as he grew up. The boys used to eat, sleep and talk cricket. Going out meant a dinner with family at Fatima or Continental or a movie at nearest theatre, and Pecos or Pub World, the grand daddies of pubs in Bangalore. Of course, Bangalore has since then taken on the onerous mantle of being ‘Pub Capital’ of the country, with numerous pubs dotting the landscape. 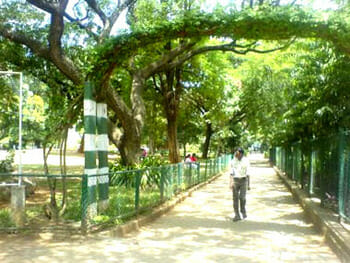 ‘Richards Town, lying to the north of Fraser Town is becoming an important suburb and some very attractive residences are built here’, wrote Somerset Playne in 1914. If you go to Richards Park now, it still retains some semblance of that European planning. The park is at the centre, facing the church. Wide tree-filled avenues stream out on all sides of the park. Some old attractive residences still exist, albeit having acquired modern neighbours courtesy Prestige or Brigade Developers. Cole’s Park, although bigger, is sometimes crowded as there are a lot of schools nearby.

Fraser Town was an outcome of a scheme proposed in 1906 to decongest the C&M Station. Looking at the crowd in this area, one feels we need many more such Fraser Towns to decongest our ever increasing population. Property values have shot through the roof, with apartments priced at over Rs 5500/- per square foot. Anita, an event management professional who lived for a long time in Fraser Town, prefers Indiranagar and Koramangala now because they are more convenient. However, her mother still loves this area because of its central location and its proximity to Commercial Street and Shivajinagar for shopping! How quickly preferences change from one generation to the next. 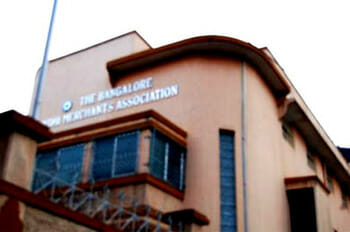 As you drive past the tranquil ambience of Ulsoor Lake and turn to the Assaye Road, you can see a Bengali Association, a Sindhi Association and a Jain and Ganesha Temples. Further up on Miller Road, you can spot a Christian and Muslim Convention Halls used for the community’s functions and marriages. The Cantonment Area is multicultural and it reflects in the food, dress and language of its citizens.

The area is also home to some very good non-vegetarian food. Miller 46 is the good place for steak. Al-Sadique serves good kababs and rolls. The new and old Al-Sadique stand beside each other; the old one is always crowded and does brisk business. For vegetarians, the Shankar Bhel House is an excellent place for chats. 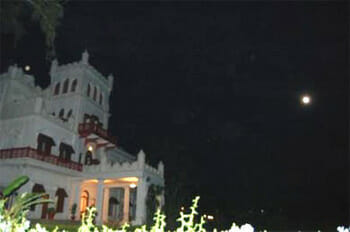 But for all the office and traffic-weary people, just enter the Jayamahal Palace Hotel and do a ‘Pit Stop’ at its restaurant. I would suggest a lovely dinner here instead of all the restaurants of MG Road or Koramangala. The Palace looks awesome in the moonlight, lovely breeze from the swaying trees, the traffic left far behind and first class service. Expensive, but worth it.

As I discovered the various layers of Cantonment, I can’t help but realise that there is something unique and different about the Cantt area and its people, which makes it different from the erstwhile city area, with both having their own distinct charm. Be it the names of its roads and localities, the architecture and colonial history, the people who have lived there for generations, the hang-out places – they are all subtly different from a Basavanagudi or a Malleswaram.

Having said that, Cantonment is also undergoing change – modernity and its mind-numbing sameness has invaded the area. One just hopes that the diversity that makes Bangalore such a special place is somehow intact, and both Cantt and city don’t turn out to be clones of a Western prototype. ⊕

Bengaluru’s Municipalika 2011 gave a glimpse of options to fix city pain points such as waste management and energy conservation. Stalls saw more interaction than the conferences.

A bunch of runners from Bengaluru will be running 13 half marathons in 13 different cities across India. Read how Mera Terah Run is raising funds for three NGOs.

A dance festival for contemporary times

The launch of a new arts festival in the city opens up possibilities for contemporary dance forms.