Mobile phones are handy and small. While this makes them very easy to carry around, they are also susceptible to thefts or misplacement. With the help of technology and better law enforcement, it is becoming easier track lost or stolen mobile phones. However, recovering a mobile phone is still a matter of luck. 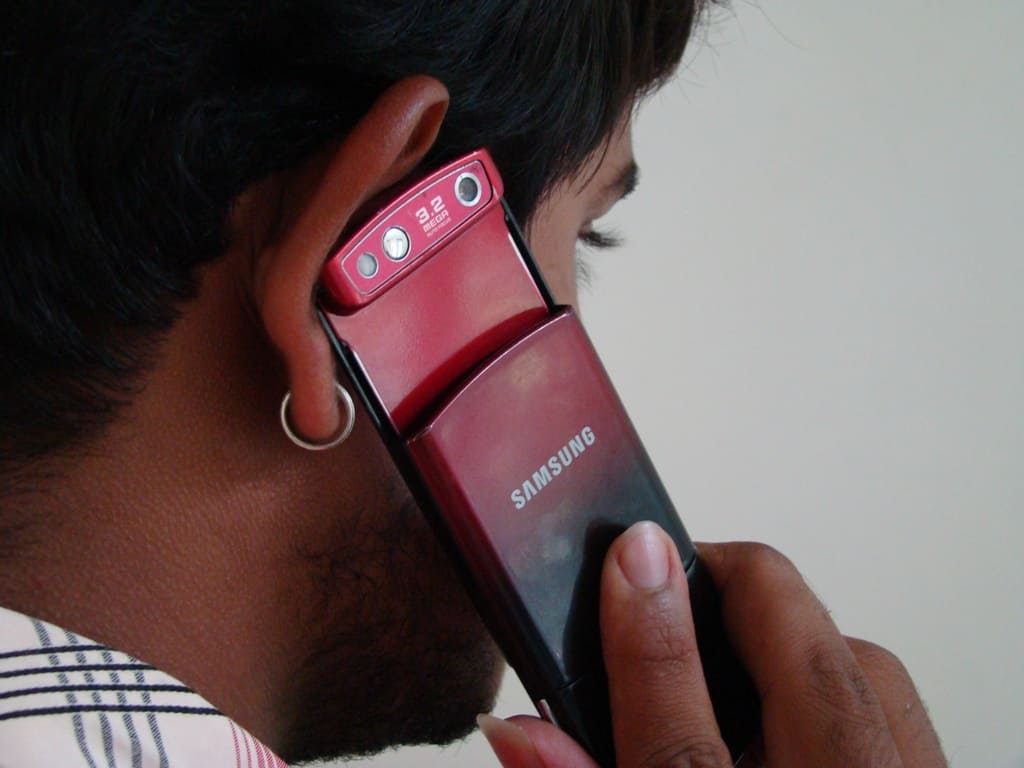 Software to the rescue

Suman H M, a nineteen-year-old undergraduate student of Mount Carmel College lost her cell phone while shopping, which had cost her almost 10 thousand rupees. While she grieved over the loss of her beloved gadget, her brother received a text message on her cell phone notifying her of a change of SIM card in her daughter’s mobile phone.

Fortunately for Suman, her Samsung mobile had a mobile tracker application, which she had activated when she bought the phone. The message contained the International Mobile Equipment Identity (IMEI) number of the lost phone, the phone number of the new SIM card and also the number of the SIM card. With these details, Suman went to Jayanagar police station and lodged a complaint. Within a week she was informed that her cell phone had been traced and she could collect it from the police station. All this was possible because her phone had mobile tracking software.

Many options to choose from

Tracing lost or stolen mobile phones has become easy as one has a host of options available to secure themselves. All Samsung mobiles, some LG and Micromax handsets come with such trackers built-in and for those that don’t there are several third party softwares to choose from.

Anti-theft software varies for different phones depending on the operating system such as Symbian, Android or Windows. Popular anti-theft software is the F-Secure Anti-theft for Mobile. The software can be installed on most phones including popular brands like Samsung, HTC, Nokia and Sony Ericsson. It can be downloaded from the website or GPRS enabled phones can download them directly. The software is available for download free of cost.

After downloading the file, the program has to be installed. Once installed, it will ask for a security code, which is to be remembered for all future operations. A trusted mobile number also has to be entered. It is to this number that the software will send a message every time the SIM card is changed. The device will also be locked and any further usage is possible only after the security code is entered.

The SMS will contain the IMEI number of the device, the new phone number and the SIM number and depending on the software it could also have the details of the cell phone tower from which the SMS was sent and even the geographical coordinates if the sender’s and receiver’s phone is GPS enabled.

Citizen Matters installed F-Secure software on a Nokia C5-00 to test the effectiveness of the program. It successfully locked the phone when the SIM was changed and also alerted the alternate number that was nominated. However, it failed on remotely locking the phone or erasing the data as the website claimed. It is important to check device compatibility while installing or buying any software.

Mobile phones are now being increasingly used for storing personal and business data such as contacts, emails and documents and the value of such information may be far greater than the monetary value of the device. Advanced software can now wipe the data or lock the phone from a cell phone remotely just by sending a preconfigured message to the cell phone number. However, this works only if the SIM card has not been removed or changed. 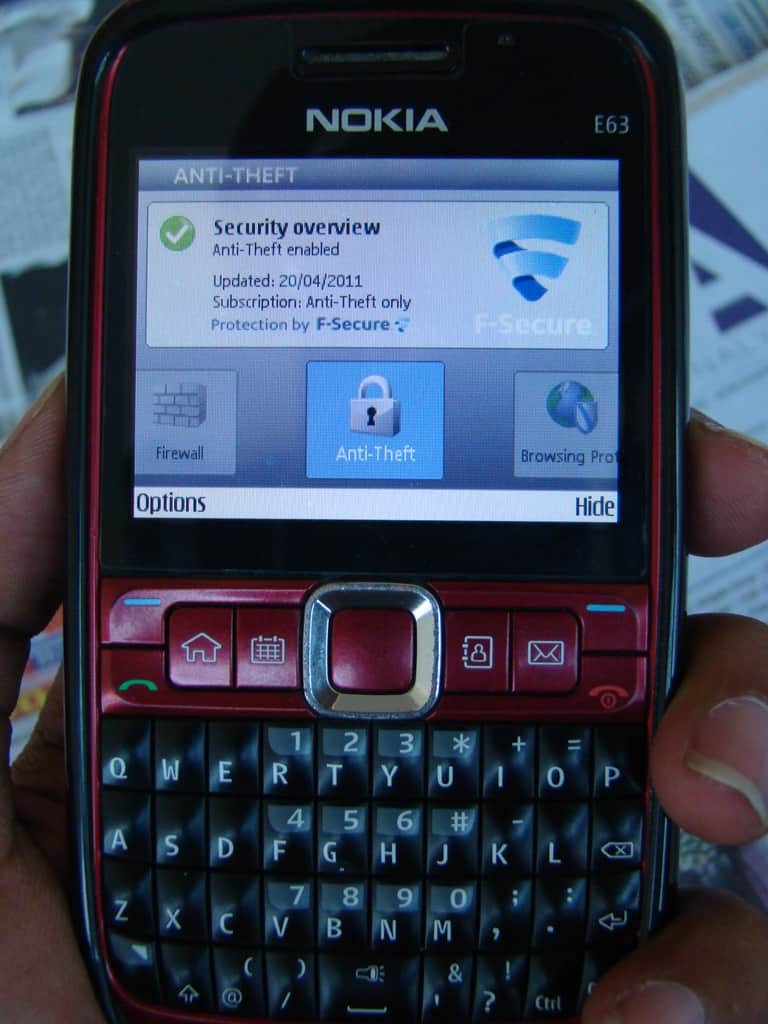 In case such software cannot be installed and one loses a mobile phone, all hope is not lost. The police department is now taking mobile thefts more seriously. C Gopal, inspector of Jayanagar police station says they are now more successful in tracking lost mobile phones.

The Jayanagar police have registered 12 First Information Reports (FIR) of mobile thefts since January out of which two have already been traced and returned to the rightful owner while few more, Gopal says are on the verge of being traced.

He added that they get an average of four complaints a week, of both theft and loss, are registered as miscellaneous crimes. These figures are for Jayanagar police station limits only. Numbers for city-level thefts and losses of mobile were not available at the time of writing this article.

When a case of lost phone is reported, the police alert all the mobile network operators to monitor the stolen phone’s IMEI. IMEI is a unique number assigned to every cell phone across the world by the manufacturer. The network operator automatically detects the IMEI when a SIM card is inserted. If the IMEI number happens to be that of a blacklisted phone, the operator forwards call details and the information of the owner whose SIM card was inserted in the phone to the police who carry out an investigation and recover the cell phone.

The police handle mobile tracing in two different ways. In case of expensive cell phones, an FIR is launched and an investigation conducted. If recovered, the mobile phone is released to the owner only after the court gives permission to do so. Gopal says, some people hesitate going to courts as it is a lengthy process and they might have to incur expenses for hiring a lawyer, paperwork  and so on.

Another method, for low-end phones, is to file the case under miscellaneous crimes. Such cases do not need an FIR but still need investigation. If and when the cell phone is traced, it can be returned to the original owner after they sign an indemnity bond. The court is not involved in these proceedings.

Gopal says that tracing also depends on luck. "A lot of cases do not get reported as chances of tracing a phone slim and can be a tedious process. Since it is the low end phones which are mostly stolen, people just buy a new one." He adds that since Bangalore is close to Tamil Nadu border, if a stolen mobile phone is shipped across the border, it becomes very difficult to trace it. "Sometimes the mobile would have been sold to an innocent person and when we apprehend him, he claims innocence and we will not be able to prosecute him," says Gopal.

Since, there is not fool proof way to trace lost phones, mobile insurance can be a good proposition to recover the cost of the phone. Currently, New India Assurance Limited is the only company that insures personal phones. Premiums can vary depending on the value of the phone. Several companies which earlier offered phone insurance now do not offer it anymore because of lack of reliability of reports of loss.

Any one considering insurance should also know that it comes with a lot of fine print. Some of which are –

What can pedestrians expect if BBMP were to bring out manual on walking; considering the zero tolerance from the vehicles plying in the city for pedestrians.