International Women’s Day celebrated for the hundredth year. It would appear that much has changed in a century. Still, in 2011, it hasn’t been an easy time for city-based women who aspire to step out of their homes. Forget about the more ‘conservative’ rural areas.

For all Bengaluru’s ‘progress’, it’s still a ‘kids or career’ choice for most working mothers in the city. They continue to have to compromise on their ambitions; only handful of companies actually accommodate them.

Elizabeth Rajesh, resident of JP Nagar 5th phase and a mid-level employee in a tech firm, moved to a smaller company after her daughter was born. “My former company did not give flexible timings or Work From Home (WFH) options. I don’t regret changing jobs; it was necessary, but I still compromised a lot.” 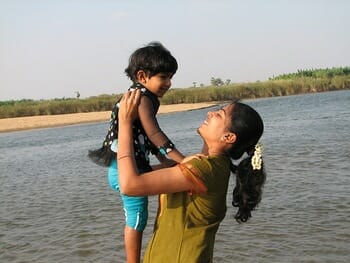 Elizabeth leaves her four-year-old daughter in a daycare during the day and picks her up just after 5 pm everyday. Other than a cook, she does not have other domestic help. Nor does she have relatives at home to help share responsibilities. If the cook does not turn up or the child has to be taken care of, she opts for WFH.

Elizabeth elaborates, “At work, if I and another person without my responsibilities are considered for promotions, the other person will get preference; because even though both of us do equal work, I won’t have the time to take extra initiatives or work overtime. I have to balance my priorities, which my husband does not have to do.”

“I have to balance my priorities, which my husband does not have to do.”

She however benefited when her former company allowed her an extra seven months leave without pay, just after her maternity leave – a benefit most women do not get. “Only a few big companies have this option as they have more resources and can give you a new project when you get back after the break. Smaller companies do not do this. If I had not gotten leaves, I would have had to quit work altogether,” she says.

Writer Poornima Dasharathi agrees.  “There are only a few MNCs like Oracle that give flexi work options. My friend who worked in Wipro Technologies had to put her child in daycare for the whole day due to lack of options. Even those who WFH need someone to take care of the child – otherwise it’s very difficult.” When Poornima’s child turned two, she started working full time for an NGO leaving the child in daycare. “I had to travel a lot and work on weekends as well; there were no concessions. So after working there for a year I’m now working from home,” she says.

Tech entrepreneur Vijaya Verma says that these constraints have led to far less women in senior level positions in companies. “It is true that senior managers cannot WFH as their job requires working with their teams and clients. But most women have children when they are in mid-level positions. If we can retain women at this stage by giving them flexible options, they can get back to full time work after a while,” she says.

In her first entrepreneurial venture Alopa, new moms were given flexible options. “They could take more time-out in between work and use rest areas, as many of them had back pain and other health problems. They could also bring their child and domestic help to the office for a few hours everyday. Men could take paternity leave for couple of weeks too -they should share responsibility,” she says.

Vijaya opines that such measures are not too difficult for companies. “It does not cost much to employ two people to take care of women workers’ children. Mindtree Technologies has a good model that way. We need to push for more such facilities,” she says.

Vijaya herself a mother, turned entrepreneur 10 years ago. “It’s about prioritising – sometimes you have to give priority to home, at other times, work. Many women feel guilty about working at all and hence quit; but they should not give up,” she says.

Poornima believes that though career will slow down for women after having children, they should continue working. “Career will pick up after a while. Else you fall into this mould of being ‘just a mom’.”

Lack of adequate daycare facilities is a major concern for women. “In countries like US, daycares are well-equipped. Here the quality is still not good, I would be worried about leaving children there,” says Anitha Sharath, 38, a JP Nagar resident.

A techie, Anitha had moved to a smaller job when her first child was born ten years back. “At that time hardly any company had flexible options. Initially my parents took care of my son, but by the time he turned three they moved out and I had to quit my job. I am more family-oriented and wanted to spend time with my sons too,” she says.

Still, many women prefer daycare to entrusting their children with domestic help. Daycare centres are perceived as safer and giving greater attention to children. “Many of my friends have domestic workers from their hometowns – whom they have known for long – come here and take care of their children. Locally it is not easy to find such help as we do not have agencies that train domestic workers specifically for child care,” says Elizabeth.

Vishalini, Co-ordinator at the daycare Neurth Kids in JP Nagar, says that mothers’ main concerns are childrens’ safety and food. “When they leave children for 8-9 hours a day, they want the best facilities for them. Children get more attention in daycares even if they are a little expensive than having domestic help. They get to interact with other children and learn more as well,” she says.

Managing work around school schedule of children is another issue. Anitha says, “Many schools start at 7.30 am, you have to get children ready by then; they come back by 3.30, by which time you should have their food ready. This is difficult for many working women.”

There are some women who have managed to balance work and home with support too. Musician Ashwini Varaghur, 30, residing in Sanjay Nagar has a two-year-old son. With her parents and in-laws staying nearby, Ashwini says she does not have to worry much. She also set up a studio at her home so that she could spend more time with her son. She does live performances and composes music for clients. The fact that her husband is also the business partner, makes it easier to balance she says.

“Though I do not have a regular job, my family takes my work seriously and support me. The number of live performances and work-related trips has come down, but the amount of work I do is still the same. I did not make any decision about cutting down work – I spend a lot of time working, and then some time with my son. Only change now is I have to manage my time well and be more disciplined,” says Ashwini.

Tina Garg, 35, residing along Old Airport Road, works in writing and designing. She has been working from home independently and for different companies, for the last seven years. In the first two years after her child was born, she was completely dependant on domestic help.

“They were supportive, but sometimes they would not turn up. In Bangalore, they are more in demand and it’s difficult to find good people. I could not cope with this. So I started WFH. It is not a regular job, but if employers are convinced that productivity is not affected, it works,” she says. Tina is supported by two domestic workers and her husband who has a flexible work schedule.

For those who quit work altogether, getting back to work is difficult. Anitha plans to take up part time work in teaching or training soon. She says that though she plans to start full-time work once her children are above 12 years of age, she prefers a less competitive job.

“It’s not that I don’t want career growth, but in software industry you need to keep yourself updated all the time. I have been out of touch and will have more health issues as I approach middle age; so a less competitive work environment is better. Also I would not like to put pressure on my husband; his work would get affected,” she says. ⊕

The rape debate – did it or did it not happen?

Bengaluru witnessed four rape cases in less than a week. Reams have been written about how media and society should react when a person is sexually assaulted. There have been protests against the insensitive reactions and sensationalisation of such assaults. But have things changed?

Students of MES college took out a march to create awareness on celebrating Ganesha festival the eco-friendly way. Many youngsters are jumping in to make the festival pollution free.