If you have been facing power cuts, blame it on the over-100-year-old power distribution system in Bengaluru, says P Manivannan, Managing Director at BESCOM. The issue is not power shortage, but poor infrastructure, he says. Manivannan, a 1998-batch IAS officer, took charge at BESCOM in October 2010. 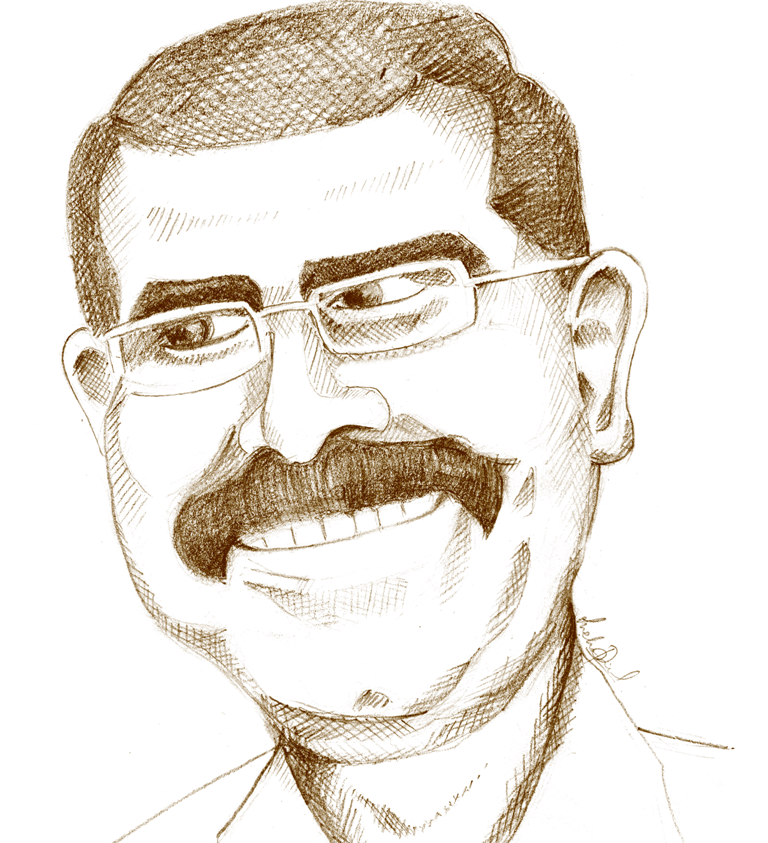 In the last few months, Manivannan has promised reforms such as sending SMS alerts on power cuts to consumers, publicizing power supply data etc. He is also the first BESCOM official to put up a camera in his chamber, which can be viewed live at the BESCOM website. In this exclusive interview with Citizen Matters, Manivannan talks about constraints in power supply, reforms, consumer grievance redressal etc.

Despite assurances that there is no power shortage, unscheduled power cuts continue in many parts of the city. Why is this happening?

Power cuts occur more in outskirts than core areas. The system is not equipped to handle rapid growth – which happened mostly in the last 10-15 years – in the outskirts.

Consumption is 15-20% higher than the maximum load (peak demand), which the sub-stations are unable to bear. All sub-stations are operated by KPTCL (Karnataka Power Transmission Corporation Ltd). BESCOM only manages the distribution lines; it distributes power from KPTCL sub-stations to individual buildings.

This excess load will cause underground cables to melt, so we cut power to prevent this. The decision about power cuts is made by KPTCL, with the advice of BESCOM. Even if we do not recommend, KPTCL cuts power based on load.

There are two solutions to this – one is to set up new transformers and higher-capacity cables and the second is to build new sub-stations to handle additional load. The first option – replacing cables – is impossible, as many areas will have to be dug up and buildings demolished; there will be public opposition to this. And the second – building new sub-stations – is very costly; it would cost about Rs 5-7 crore (including line, land & station equipments), to build a 66/11 KV sub-station. Higher capacity sub-stations would cost more.

Also, due to lack of space, new sub-stations can be built outside the city only, which would increase the cost as the power lines have to be drawn for a long distance. This might be possible, say if consumers are ready to shell out around Rs 18 per unit of electricity.

Ultimately, it’s not a matter of power shortage; it’s that we are a poor country and does not have resources to establish infrastructure. There is no shortage – KERC has asked us to ensure this.

There is also load shedding for maintenance and emergency outage of generators and transmission network at times.

How old is the system? Why does it require 8-hour shutdowns for maintenance? How are you planning to improve it?

The system is over 100 years old; it was set up in 1902. Over the years, as demand grew, it has been improved and augmented. Periodical maintenance is done on equipments in KPTCL sub-stations, which requires minimum 6 – 8 hours shut-down. BESCOM, on the other hand, maintains the distribution network. Many times BESCOM takes up maintenance works on its network at the same time as KPTCL maintenance. These works should be done once in 3 months regularly. Prior intimation on KPTCL and BESCOM shutdowns are given to public through news paper notifications.

KPTCL adds transformers and other equipments when the load exceeds the capacity of the transformers installed. Similarly BESCOM adds distribution lines and additional transformers to meet demand and to resolve low voltage pockets.

What were the total no of connections in 2009 and 2010? Is there any way of assessing future demand? How do you meet the demand?

The future demand is assessed by

To meet the demand, we buy power independently from companies – government or private – with whom we have contracts. Our major suppliers are KPTCL and PCKL (Power Company of Karnataka Ltd). Government does not interfere in our contracts – it makes independent decisions about buying power through KPTCL Board.

Is there any way to cap the number of new connections if demand is getting too high?

There is no provision to cap connections. As per Indian Electricity Act 2003, anyone who occupies a building should be given supply within one month of the person applying for power.

There are cases where BESCOM gives power supply even if a building is illegal or encroached (as in buildings encroaching Chuchghatta lake, which Citizen Matters covered earlier). BWSSB denies connections in such cases, why does not BESCOM do the same?

Consumption is 15-20% higher than the maximum load which causes underground cables to melt, so we cut power to prevent this. The decision about power cuts is made by KPTCL, with the advice of BESCOM. Even if we do not recommend, KPTCL cuts power based on load.

According to KERC rules, connection should be given to anyone who applies for it. The only documents we can ask for is proof of identity of the applicant and proof of residence. It’s only in cases where there is a legal dispute and court orders that Occupancy Certificate (OC) should be produced by the resident, that we require OC for giving connections.

In case of multistorey buildings where the built-up area exceeds 500 Sq.Mts, we send the building plan for verification of BBMP’s TVC (Technical Vigilance Cell) – which checks building for violations – before processing the applicants file. If TVC finds it to be a fake sanction plan and recommends denying power supply, we follow it.

Recently BESCOM had given a notification saying that fire safety equipments in buildings will not be considered for calculating the connected load, for levying fixed charges. Why was this decision taken? Has the state rule about this been amended?

The fire safety equipments like fire extinguishers are used only during emergencies in residential buildings, so the load due to the fire extinguishers shall not be considered as excess load (for calculating fixed charges). We made this decision as we felt that the argument made by residents for this was fair, though it caused huge losses for us.

A circular was issued in this regard to BESCOM officials on 22 Dec, 2010. A public notice has also been issued. Currently this rule applies to BESCOM connections; other service providers can amend their rules if they wish to (other ESCOMs like MESCOM, HESCOM etc.)

When will Feeder Interruption Monitoring system  (FIMS), which was recently set up by BESCOM to monitor power supply, going public? How will it be useful?

Since 2002, BESCOM has been supplying power to eight districts in the state. These are:

FIMS is only a log of power supply – power outages are monitored and maintained in a log format. It is a newly developed software, is still under study and will go public in about four months. This system is useful for studying the causes of faults on critical feeders, which will help us address issues quickly and reduce interruption time.

Also, we can extrapolate the data to calculate unscheduled outages approximately. Public can monitor power situation and can get information on anticipated outage if they subscribe for it. We are working on a project with Infosys for this – those who register will get prior information on power cuts through SMS.

The proposed Smart Grid System (SGS) will also work in a similar way. Anyone can track real time data on demand-supply and current load online. Demand-supply management will be automated in the SGS as opposed to the current system which is manual and hence sub-optimal.

(SGS completely automates supply – if someone is using electricity beyond the sanctioned load, power supply will automatically get cut off.)

Other than control room, is there an efficient system for consumers to file complaints?

Control room number 2287-3333 works round the clock. Our mobile service vans – 58 of them – are operating now in all areas of the city. (The main call centre receives complaints and informs the concerned service van about the complaint; the van then goes to the area to handle the problem.)

Grievances can be submitted online at our website too, but currently we don’t have efficient back-office personnel to handle these complaints. Quality of employees is an issue. I had asked KPTCL Board’s permission to hire better qualified personnel at higher salaries. But being a government organization, we have constraints regarding salary, hence the Board denied permission. My hands are tied in this matter.

As rates were hiked recently, is BESCOM planning any improvement in services?

Some areas that BESCOM is planning to develop are:

After sitting on various drafts for over a year now, BBMP says its draft policy is ready for Council approval. Though comprehensive, citizens aren’t confident that it will be implemented as it is.

This week’s scan of Bengaluru’s Kannada dailies includes reports on the BBMP’s stand-in commissioner keeping employees on their feet and RTI-filing citizens being prevented from entering Vidhana Soudha.