Bangalore kids were at their creative best at the First Lego League Tournament 2010, a robot designing competition held at tech-major SAP Labs on Saturday 29th January. Bangalore’s ‘Robo Pundits’ from National Public School (NPS), Koramangala, scored 265 points beating Mumbai’s score of 225. The next regional will be held at New Delhi. The competition is now between Bangalore and Delhi for the coveted opportunity to represent India at the finals in Atlanta, USA.

The competition open to anyone in the age group of 9-16 and teams can have a maximum of ten members. The teams were given special kits by SAP Labs. The kits contained Lego bricks, programmable processors, sensors and motors using which a robot can be built to accomplish predefined missions and a specially designed mat on which all the action takes place.

‘Robo Pundits’ beat 28 other teams form Bangalore . The team consisted of six tenth grade students. Ruchin Kulkarni of  ‘Robo Pundits’ says, "We were participating for the second time and we were much prepared this time." The team chose Bio-medical engineering as the theme for the project and conceptualised an armband that would monitor a person’s heart rate and blood sugar level through micro needles in the band.

Rupam Bhattacharya, a second-time coach for Robo Pundits and a development architect at SAP Labs says, "The fact that all the teammates are classmates enhanced the team dynamics and contributed for their success".

The mat on which the robots perform the tasks. Pic courtesy: Robomaniacs

Shankha Nag, another teammate says, "We practiced for a couple of hours a week initially and then increased as the competition approached. It will definitely be an exciting opportunity if we get through to the finals and get to represent India."

The theme for this year’s tournament was "Body Forward" which involved programming the robot to simulate tasks such as placing a cast over a broken bone, place a bone bridge over a cavity and pulling levers.

Apart from building an autonomous robot, teams had to give a presentation on any topic related to that year’s theme and come up with an innovative idea to deal with a health issue. A total of four awards were given out based on the following criteria – Best Robot Performance, Best Robot Design, Best Teamwork, and Best Presentation.

Another team, ‘Robomaniacs’, with the theme ‘Slipped disc’ won the best award for "Best Robot Design". The team had seven participants in the age group of 9-14, all residents of Whitefield. One of the team members, Karan Buntval, a 5th standard student of Inventure Academy, Sarjapur Road felt the tournament was an exciting opportunity to learn and have fun at the same time. "We were under no pressure and we had a lot of fun and it was exciting to work in a team and coordinate on different aspects of the project", he said. 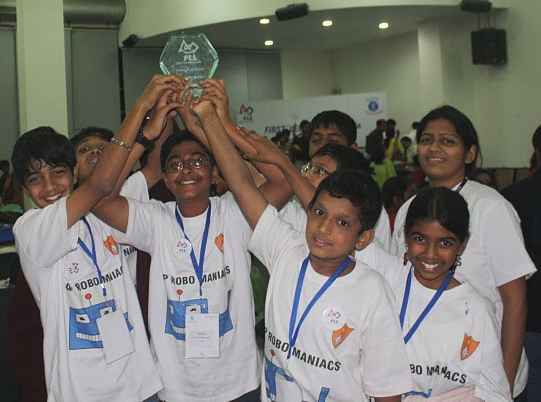 Karan says that ‘Robomaniacs’ used an ultrasonic, light and touch sensor, and 3 motors to build the robot. The sensors and the motors were all fixed in their position, but one motor was left to change the attachments for the different tasks. "Our robot was stable but slow, we are definitely looking forward to the next edition of FLL and we will improve our design", adds Karan.

Addendum
Robo Pundits, the First Lego League (FLL) team from Bangalore will be representing India in the global finals at St.Louis, Missouri, USA, April 27- 30. Bangalore team’s 265 is still the highest even after the Delhi round.

One of the team members, Ruchin Kulkarni says “everyone in the team is ecstatic that they have made it to the finals and will be representing India.” He added that preparations would only start after the board exams end in the last week of March.

Why does Bengaluru need a new Special Purpose Vehicle for its suburban rail project?

In 2014, the state government registered the BSRCL as a Special Purpose Vehicle (SPV) for the Suburban Railways project. Now the CM has announced another SPV, to be set up within a month to help speed up the project. What’s really happening?

Don’t know what to do with those gifts you don’t like? Want to pick up a second hand oven? The flea market this weekend has stuff to buy and ideas to try out.

BESCOM MD asks citizens not entertain anybody from BESCOM or any other organisation whenever they ask for any money, unless you call up the helpline and confirm they are bonafide.