BBMP contractors in charge of disposing garbage are dumping and burning waste in an abandoned quarry near Bengaluru’s Begur Lake at Singasandra despite repeated complaints.  Prateek, 34 (name changed on request), a resident of Arattukulam Lake Point Tower  an apartment complex situated nearby, says  that close to 10 trucks dump and burn garbage at the abandoned quarry every day. 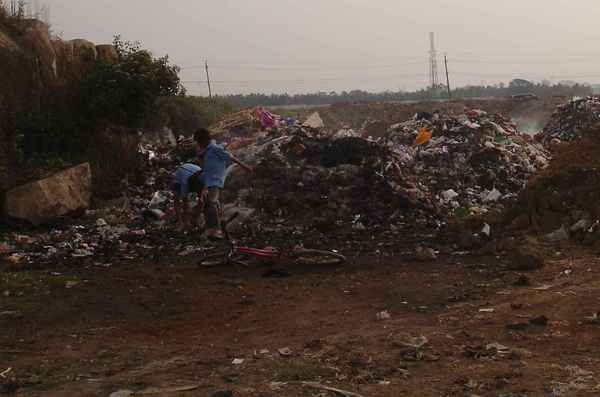 A network engineer at Yahoo, Prateek says that about 65 families living in the apartment complex wake up to suffocating smoke of garbage burning not far from their homes. "The problem is severe in the morning when the smoke does not rise too high but settles at a low altitude and this causes even more discomfort to the residents," he adds.

The garbage was earlier being dumped in the Begur Lake; when the apartment residents  complained about it  repeatedly, the dumping stopped. But now garbage is being burnt in the quarry for the last eight months. Repeated complaints to the BBMP Control Room and to the Joint Commissioner, Bommanahalli Zone, have fallen on deaf ears, Prateek says. "About 20 people from the apartments went to the BBMP and lodged a complaint personally on 9th December 2010 but the BBMP only forwarded a letter to the area police station but no action has been taken against anyone yet" he adds.

The burning does not affect just the residents of the Lake Point apartment complex; the quarry is adjacent to hundreds houses of Subhash Nagar. The residents of these small houses, constructed on 20×30 plots are from low-income groups.  A heavy layer of foul odour from the burning of plastic and other garbage hangs in the air, as this reporter encountered, on his way to talk to some of the residents.

A resident, on the condition of anonymity denied being affected by the smoke but also conceded that they are letting the garbage burning happen because a few residents in the area is receiving money from the contractors. The money is said to be used for building a religious establishment in the area. However, a few other residents Citizen Matters spoke to denied any knowledge of financial transactions happening between the residents and BBMP contractors. 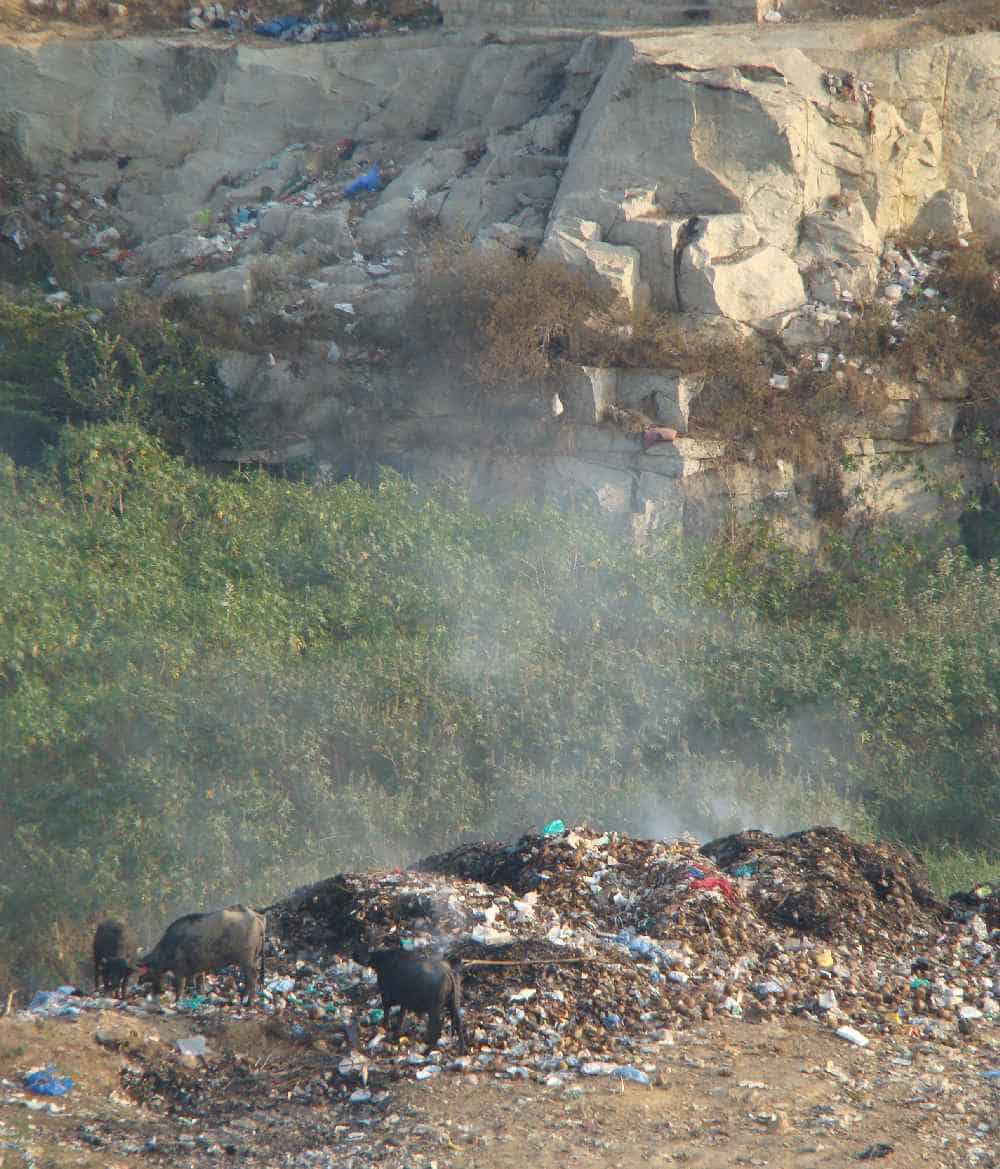 Garbage strewn around the quarry and being burnt. Pic: Lakepoint Tower apartment residents.

Meena, a housewife whose house is within stone’s throw from the quarry says that burning is a huge problem but they are unable to do anything about it. "Most of us have learnt to live with it but it is a huge problem nevertheless." she says. Garbage from Subhash Nagar is filled in lorries and taken away to be dumped elsewhere but contractors of another area dump the garbage there and set fire to it every day. "We have no clue from which area these trucks come by but they are not from this area", says Meena.

Bhaskar whose metal workshop is nearby says, "Most of the people here are from low-income groups and about 200 families are directly affected by the burning but nobody wants to step forward and do something about it. In addition to the smoke, the water from the smoke gets in to the groundwater and pollutes it. Since, it is our only source of water, water-borne diseases are common here."

Subhash Nagar falls under the Electronic City police station. B Manjunath, sub-inspector with the police station there says that although they have received the complaint from BBMP they have not taken any action so far. "We can only take action when someone complains to us while the dumping is happening. On receiving calls, we will promptly visit the place and arrest the culprits," he says.

Meanwhile the apartment residents have filed a complaint with the Pollution Control Board too.

Come up to speed with how seat reservations for SC, ST, BC communities and Women are being done for Bengaluru’s council elections.

What important things happened in Bengaluru last week, that had a direct or indirect impact on the city life? Here’s the summary, all in one place.

Catch Tagore exhibition before it chugs out

The Sanskriti Express train-display gives glimpses into Tagore’s life and works. It’s on till October 28th.