No One Killed Jessica

It was a murder and a trial that transfixed India. Now the story returns to celluloid in director Raj Kumar Gupta’s account of the murder of model Jessica Lall and the subsequent trial of Manu Sharma. It remains an important film of our times, yet it is not always landmark cinema.

The film narrates in dramatised documentary style the events surrounding Jessica’s murder and the subsequent investigation and trial. Certain movies will also be remembered for the manner in which they caricature a city. No one killed Jessica is a film that also puts Delhi on the silver screen, with its murkier elements in sharp focus. This is helped along by music from Amit Trivedi, who earlier set the musical score for Dev D.

As required by this approach, Raj Kumar Gupta’s edgy directorial style, seen earlier in Aamir, leads the way. Tight editing retains the viewer’s interest in a film that strikes all the right emotional notes.

It’s also another fine performance from Vidya Balan (playing the role of Jessica’s sister Sabrina), who continues to demonstrate her tremendous versatility as an actress. She is backed in no small measure by a credible show from the rest of the cast.

Yet inspite of a good performance, Rani Mukherjee (playing the journalist who revives public interest in the trial) remains the film’s discordant. Her presence in the film seems to make it necessary for the director to shift focus from the story to the actor in the second half. It is here that the film loses ground and at points seems confused in both its intent and message. A non-star actor for this role would have done much to preserve the integrity of this film and its overall impact.

So a rating of 2.5 for No One Killed Jessica. It remains a film that every Indian should watch at least once, lest we forget one of the most significant criminal investigations in contemporary India that brought loopholes of our judicial system to the fore and united a nation to demand justice.

Life as We Know It

What happens when a couple leaves their two best friends (who are both still single, but very different people) as the guardians to their only daughter? Well, quite predictably, they fall in love. 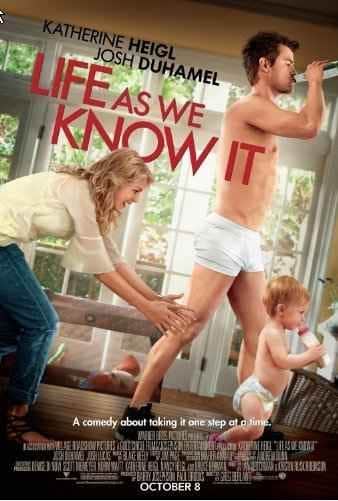 Director Greg Berlanti’s latest venture is a typical Hollywood narrative of opposites attract, with a cute kid in the background. But what saves this film is the humour in the telling of the tale and the belief of the actors in their film.

Katherine Heigl shines as Holly Berenson and Josh Duhamel is an extremely believable Eric Messer. This combines with clever dialogues, good cinematography and tight editing to make a film that strikes a chord with audiences. It’s a film that you will particularly enjoy if you’ve not already been over-fed on the old tradition of the Hollywood love story and all its accompanying clichés.

A rating of 2.5 for Life as you know it. It is an entertaining predictable story that makes for a good one time watch with your family at the movies.

When a Bengalurean didn’t want Bengaluru to become big

“Everyone will buy cars… Traffic jams will start” – A visionary had predicted Bengaluru’s problems 40 years ago.

Elinor Ostrom visited Kaikondrahalli Lake and gave her views on governance of the commons and citizen initiatives.