This year, expect syncronised signals and more cameras for traffic monitoring, says Praveen Sood, Additional Commissioner of Police (Traffic). A 1986 batch IPS officer, Sood took charge of Bangalore traffic police in 2008. Prior to that, he had served in various postings across the state and was awarded the President’s award for meritorious service in 2002. He has constantly emphasised on improving traffic behaviour of road users to better the city’s traffic situation. In this exclusive interview with Citizen Matters, Sood talks about new plans, limitations and ideas for better traffic management.

What are the critical projects you are implementing in the new year? 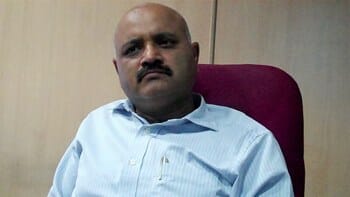 The focus for 2011 will be installing cameras for traffic monitoring and improving the signal system. We have 180 cameras installed across the city now, and are hoping to add 50 more this year. This is getting delayed because of Metro and flyover works, once these works are complete cameras will be installed.

About signals, the number of signals will come down, as around 10 new flyovers will be opened this year  Also the first reach of Metro is going to be ready soon and the Jayanagar – City Market reach will be launched by end of this year.

We are also planning better training of policemen and better participative management of traffic with public – for this we will continue the programmes in schools and colleges to create awareness. The new TMC (Traffic Management Centre) will be complete soon. The Traffic Training and Road Safety Institute – wherein any interested road user can get training – will open by the end of the year.

We are also looking at new technology, but technology will work only with good infrastructure. We are planning to synchronise signals in at least 20 corridors and make all signals vehicle-actuated. In this system, sensors are installed on roads at signals, to detect vehicles. The traffic signal will change according to the volume of vehicles detected. We had tried this earlier, but it did not work. For this, roads should be the kind that last for 4-5 years. So depending on quality of works, new technology will be introduced.

If there is one critical thing you’d like funding for – in the traffic & transport space, what would it be?

Funds are not a problem -for completing the traffic management and training centres we might need funds.

How should the government manage malls from traffic and planning perspective?

All malls are located at strategic corners, busy areas, of the city. You cannot stop them from coming up – they are there because of the demand. But they should be well-managed with a scientific entry and exit system. Though malls make parking provisions for private vehicles, many people come in autos. There is no provision for autos to park. We will try to convince malls or the government to make auto parking an integral part of malls. Malls should take responsibility for this. Why not incorporate a bus bay also in the design of mall?

What are the top offences you will try to tackle this year?

There will be more, stricter enforcement this year – drunken drinking, over speeding and lane discipline will be the top offences to tackle.